Reduxion Theatre Company enters a hiatus as it plans to regroup 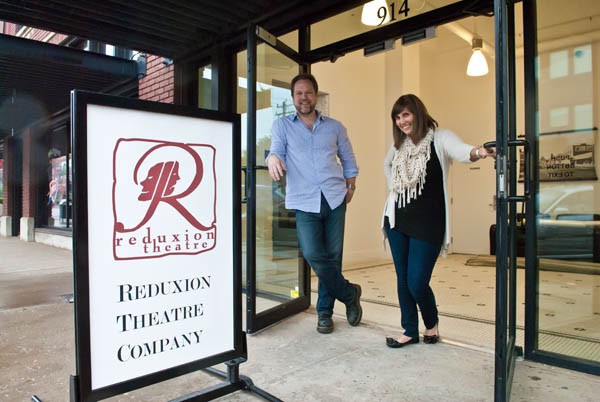 Just two years ago, Reduxion Theatre Company was on a hot streak, coming off its daring Scandalous season featuring Sweeney Todd: The Demon Barber of Fleet Street, Cat on a Hot Tin Roof and Dangerous Liaisons, among others. Then the independent company began its 2015-16 season with OKC Dead, a popular immersive experience that brought the audience on a harrowing journey through a homegrown zombie apocalypse.

But now, Reduxion faces its own life-or-death fight. This spring, the nonprofit’s board voted to suspend theater production and go on hiatus in an effort rebuild its financial base. Due to Oklahoma’s struggling energy sector and the death of major donor Aubrey McClendon in March 2016, Reduxion leadership is exploring new strategies to find operating funding and resume performances.

“We’re taking a break right now and trying to restructure and reorganize and, in a sense, rebuild,” said Arek Kurkciyan, chairman of Reduxion’s board of directors.

“Financially, we’ve taken a really big hit,” he said. “We’ve lost a lot of our donors and our angel supporters, and Aubrey McClendon was one of them. That support has disappeared, which really hurts us at the bottom line.”

Rob Bennett, a former board member who continues to provide support, said Reduxion was forced to operate solely on revenue earned from ticket sales from its current productions; essentially living paycheck to paycheck.

“So the board was hesitant about going forward with new shows without a good cushion, just in case we weren’t able to meet our expectations of paying the venue, our actors and other support staff that help put the show together,” Kurkciyan said.

Kurkciyan characterized Reduxion’s current state as “hitting pause.” During this time, Kurkciyan and the board will seek out new revenue sources in hopes of staging a new production in the near future. He said that it might not take the form of a full season in the beginning, but he hopes for a slow and steady revival.

In a market the size of Oklahoma City, the loss of a theater company leaves a gaping hole in the scene. For over a decade, Reduxion followed its stated goal to “revisit the classics” while also providing a forum for adventurous new productions. For its 2016-17 season, its first under new artistic director Tonia Sina, the company embraced evolution as its theme, beginning the season with a production of The Woman in Black. It maintained a fearless presence in OKC’s theatrical community, bringing important works to Civic Center Music Hall during its regular season and offering Shakespeare workshops for aspiring actors throughout the year.

“It’s not that easy to bring a theater into a town,” Kurkciyan said. “In New York City, you probably have a new theater popping up every week. In Oklahoma City, if you lose a theater, you’re losing a theater for good and nothing is coming to replace it. You feel the hurt here in Oklahoma. If we were still in New York City, where we originated, there wouldn’t be any phone calls — just another theater going down.”

While theater groups traditionally fought movie multiplexes for audiences’ entertainment dollars, now they must also compete with online entertainment options such as Netflix, Hulu and Amazon Prime. Kurkciyan said that live theater carries a unique power that a downstream of data can never match.

“We need to get people to realize how important theater is,” he said. “It’s not just going down to the [Moore] Warren [Theatre] and seeing what Hollywood has produced. That’s not the theater. Theater is sitting down and watching a show performed by independent artists.”

Print headline: Final curtain?, Reduxion Theatre Company must rebuild its donor base for the show to go on.