Criminal justice experts are following and supporting reform bills that could upend Oklahoma’s system and tackle the state’s biggest issues. 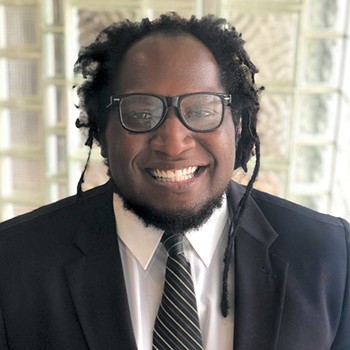 Criminal justice reform is a major agenda topic in this year’s legislative session. A myriad of bills that would implement deep changes to the system have been introduced, and though many were left for dead, several still in the process seem likely to pass.

Former Republican state Speaker of the House Kris Steele is now executive director of Oklahomans for Criminal Justice Reform (OCJR). He said the organization is supporting 14 reforms that, if passed, would collectively reduce the state’s prison population by 17 percent by 2028.

“If we do not impact meaningful corrections reform policy now, this year, our prison population is projected to grow by an additional 14 percent in the next 10 years. It’s unsustainable,” Steele said. “What we are proposing is a very logical, methodical, practical agenda. … I would note that last year, 77 percent of all [state Department of Corrections] admissions were for nonviolent crimes.”

House Bill 1269 would decrease the prisons’ high populations by making State Question 780, which reclassified simple drug possession as a misdemeanor, retroactive. OCJR estimates there are 1,100 people in custody for possession offenses.

Steele said this is at the top of his group’s legislative agenda because it would apply what Oklahomans voted for to people who are incarcerated for what are now misdemeanors.

HB1294 and SB252 tackle the issue of bail reform, especially for nonviolent offenders.

“The real core takeaway from both bills is they would allow for what are called recognizance bonds. It’s basically exactly the same thing that happens to you if you get a speeding ticket — that’s an easy way to think of it,” he said. “When you get a speeding ticket, technically from a legal definition standpoint, you’re arrested by a cop. …  You sign what is known as an [own recognizance bond] that allows you to drive away from that arrest with the statement that at the time that’s listed on the ticket, you will appear in court, you’ll pay whatever your fines and fees are and that’s why you’re not taken to jail.”

Those bills would provide the same opportunity for certain nonviolent offenders. Steele said this bill aims to end the current practice of debtors’ prison so people can continue to work and take care of their family before their trial.

“What happens today is if people are arrested and charged … they’re held pretrial in the county jail until their case goes to trial and that can range anywhere from 34 days to 180 days,” Steele said. “The person literally has not been found guilty of anything at that moment in time. They’re there in the jail because they can’t afford to pay their bond. In essence, what we’ve done is we’ve criminalized poverty and we’ve created a debtors’ prison, which is unconstitutional.” 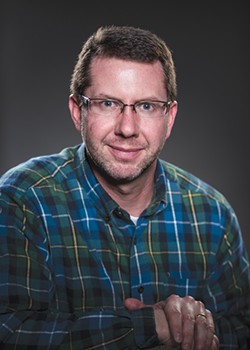 An analysis on the potential effect of SB252 was recently released by Open Justice Oklahoma director Ryan Gentzler through OK Policy.

“Oklahoma’s money bail system incurs millions of dollars in fees to our most vulnerable communities and keeps thousands of our citizens incarcerated each year because they can’t afford to bond out,” the report reads. “People accused of nonviolent offenses can spend weeks or months in jail, costing counties millions of dollars with no benefit to public safety.”

The report found that during the 2018 fiscal year, Oklahomans accused of nonviolent offenses paid nearly $8.2 million in nonrefundable fees and spent over 329,000 days in jails across the state, costing counties approximately $8.9 million.

Over the last 20 years, Shade said court fines and fees have become a big problem for the state. HB1974 authorizes the court to defer outstanding fines, fees or other court costs for certain nonviolent offenders.

“This is another one of those attempts to try and say ... ‘Let’s find a way you can waive some of these outstanding fines and fees that make it more difficult for people to get back into their normal lives, both post-conviction and if you’re out on pretrial release,’” Shade said. “There are a lot of these fines and fees that can just stack up, then become an immense burden for people being able to become productive citizens.”

Another bill taking on court costs is HB2218, which would waive some fines and fees under certain circumstances, like people enrolling in workforce training programs.

“Let’s say you were to go to a [vocational-technical] program to become a welder or plumber or some type of skilled technician that’s in high need, you could get relief for some of your court fines and fees for that,” Shade said. “In exchange for that sort of training, which is in high demand right now in Oklahoma, you could also earn early credits to reduce the amount of time that, if you’re out on parole supervision for example, to reduce the amount of time that you have to spend on parole.”

Another legislative priority for OK Policy and OCJR is community impact statements, which HB1855 would institute. It would essentially boil down to a cost-benefit analysis of legislation for a broad range of agencies, which Shade said would help address or alleviate issues that disproportionately affect particular groups of people.

“Having a community impact statement would tell you, ‘Hey, here’s the criminal justice laws that will make that situation better. And here’s some criminal justice system laws that might make the situation worse,’” he said. “Community impact statements have been really effective in Iowa; it just started in New Jersey, but we’ve seen positive signs in other places that they’re a really good way to stop some of these disparities.”

“It’s very, very costly to incarcerate a person in Oklahoma; it costs roughly $18,000 a year to incarcerate an individual,” he said. “Compare that to the average cost for treatment and supervision in the community; that cost is about $5,000 a year. So the reality is by safely reducing our prison population for nonviolent offenses, that then provides resources for Oklahoma to invest in alternatives to incarceration. By alternatives I mean mental health care, substance abuse treatment programs, community supervision, job training, whatever may be needed to help a person effectively deal with the root cause behind the behavior.”