Oklahoma City might be more than a decade away from having a truly regional public transportation system, but it’s also already well down the road toward creating one. 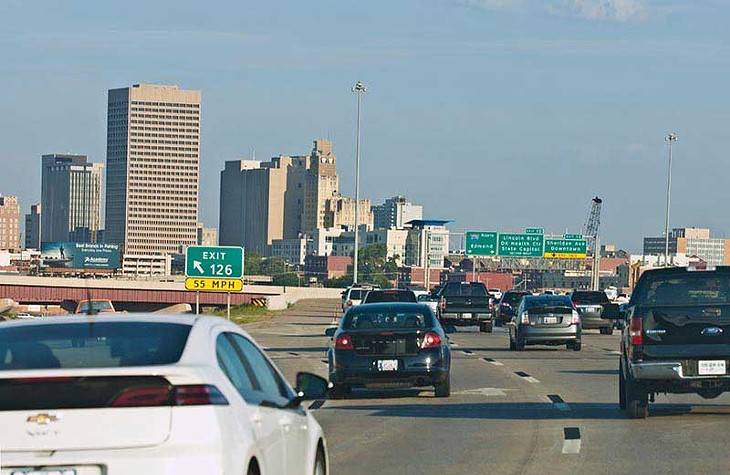 Oklahoma City might be more than a decade away from having a truly regional public transportation system, but it’s also already well down the road toward creating one.

A well-researched route for streetcars and a commuter rail? Check.

Passed legislation that allows for the creation of a regional transit authority? Check. Conversations and support from various city leaders? Check.

“I don’t think that the type of regional transit [system] we envision for Oklahoma City is just around the corner; I think it’s a ways off [from completion],” Oklahoma City Mayor Mick Cornett said. “But keep in mind how far we’ve come.”

Cornett serves as chair of the regional transit committee working with the Association of Central Oklahoma Governments (ACOG), which recently finalized a transit proposal that has been years in the making. Continued support from metro city leaders and a dedicated funding source are still needed, but voters in Oklahoma City and beyond could be asked to dedicate tax dollars to a regional transit system in a few years.

The plan calls for commuter rail service from Norman and Edmond into downtown Oklahoma City. There are also streetcar lines extending from downtown east into Midwest City and north along Classen Boulevard, along with significant enhancements to local bus service.

“If we got the funding for it tomorrow, this is what would be built,” Eric Dryer, a transportation planner for ACOG, said about the plan that was announced this summer.

Of course, that “funding” component is easier said than done and is an important hurdle to clear in the coming years.

ACOG officials and transit supporters plan to continue talking with city leaders in OKC, Norman, Moore, Edmond and other cities, and Cornett said that will involve making presentations in front of city councils across the metro over the next year.

“Right now, it’s about continuing to increase support for this,” Cornett added.

Since a regional transit system would rely on lawmaker support and a voter-approved tax, transit advocates say they are aware of the politics involved in building a regional system.

Some ideas call for pushing forward a vote in conjunction with the next possible Metropolitan Area Projects (MAPS) vote around 2017, attempting to harness the popularity of the sales tax program. However, even MAPS has had its detractors, and transit supporters want to make sure their plan can withstand possible opposition.

“There has been some great momentum in the city through MAPS over the past decades,” said Jeff Bezdek, a volunteer with the Modern Transit Project, an organization partially responsible for building the grassroots support for a regional transit plan. “But we don’t want to take that support for granted.”

Because a regional transit election would include several cities, it is also important officials take into consideration the taxing and political climate in other municipalities, not just Oklahoma City.

“Timing is everything,” Bezdek said.

Part of that timing includes the downtown streetcar system, which some advocates say is important to be operational before a regional transit plan is brought up for a vote. Cities with successful streetcar or light rail starter lines have had success in winning voter approval for expansions. In cities where an initial streetcar line is not yet operational, expansion votes have failed, which was the case in Kansas City this month.

One of the most important steps to building a regional transit system was getting House Bill 2480 past the Legislature and governor's desk this year. Before passage of the bill, a regional transit authority would have had to be built around city and county boundaries. However, it can now be drawn to any configuration.

“Let’s say we went to a vote to try and get a funding source [for the authority] ... and it was all of Oklahoma County and all of Cleveland County and all of Canadian County,” said Marion Hutchison, a member of ACOG’s regional transit dialogue steering committee. “What do you think most of those people who live in the rural areas are going to vote for? The service may not go out to them, and they may not feel like they are going to use it. So the densely [populated] communities are where we can draw our boundaries around.”

Passage of a dedicated sales tax for transit is more likely to happen if those asked to vote for it are ones who have a history of supporting transit systems, like MAPS 3, and would be likely riders, Hutchison said. It also means tax collections would only take place in the designated transit authority boundaries.

The regional transit authority still has to be established by participating cities before an election will be set, but transit advocates already understand the importance of creating a sophisticated and organized campaign in an effort to get voter approval.

Transit can be a politically charged issue, as was the case last year, when Ward 2 Councilman Ed Shadid spoke out against OKC’s downtown streetcar system in his bid to become mayor. Shadid’s stance was a reversal from his support of the streetcar several years ago and might have been an attempt to tap into anti-MAPS 3 voters.

Shadid argued that rail-based transit was too expensive and neglected the city’s bus system, which serves the working poor who rely on public transit.

“The average person that commutes that you are trying to get out of their cars, they don’t like riding buses,” said a local transit advocate who did not want to wish to be named because of the political implications. “But they will vote for rail. All this talk about rail ... it’s also about building better buses.”

A regional transit system would also include enhanced bus service, and advocates say simply asking for better buses now, without looking to attract new riders through regional rail, is shortsighted.

Transit advocates plan to make more presentations to city leaders in the coming year and hope an agreement between cities like OKC, Norman, Moore and Edmond can be made to form a regional transit authority. That step will not include a financial investment toward building rail, but it would allow metro leaders to speak with a unified voice in promoting the plan.

In a few years, a ballot asking for a funding plan for the system, such as a half-cent sales tax, could be brought to voters. That number is based on an ACOG estimate that would pay for construction and operation of the proposed regional transit system.

However, with a streetcar system soon to be built in downtown and the acquisition of Santa Fe Depot, which will act as the hub for a regional system, work is underway.

“Keep in mind how far we’ve come,” Cornett said. “We are currently funding the streetcar element of the [regional plan]. In a way, we are building out that transit system we envisioned nine or 10 years ago.”

A regional rail-based transit system plan could reach voters in a few years.