Renowned yogi to teach at This Land Yoga 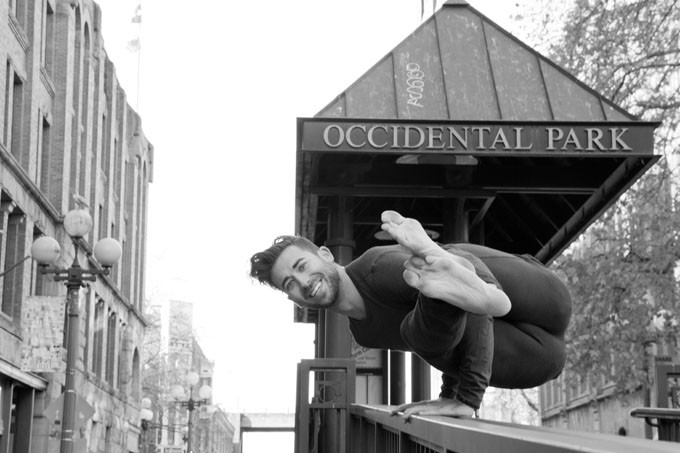 It says something about Oklahoma City that famed yoga instructor Patrick Beach will soon teach at Betina Wills’ studio.

“It’s exciting that we, the (local) yoga community, have grown enough to be able to do that and not worry about if we can pay for him to be here or if anyone will show up,” said Wills, owner-operator of This Land Yoga, 600 NW 23rd St. “Oklahoma City is very much on the rise, and in health and fitness, we are finally realizing how important it is.”

Known for inversions — handstands and other advanced poses — Beach will teach a series of three workshops appealing to beginners and seasoned yogis alike. At 6 p.m. Friday, Core Control helps students activate their midsection through efficient alignment principles and core awareness. At 10 a.m. Saturday, The Art of Inversions leads students through a four-hour practice on preparing their bodies to go upside down. At 10 a.m. Sunday, An Advanced Flow builds up foundational strength and combines it with flexibility-focused poses.

Yoga can vary greatly, even within a particular style, but Beach, Wills and most of the 13 This Land Yoga instructors teach vinyasa yoga, an athletic style that pairs breathing with movement while executing a sequence of poses.

Wills, 28, opened This Land Yoga about a year ago and has been teaching full-time for more than two years. She began practicing yoga while running track in high school and later rowing at Oklahoma City University. While studying abroad in China with her husband, she used yoga as an escape from air pollution and loneliness. She said yoga helps people physically and mentally, in that they become more aware of their own bodies and the world around them.

Pregnant with her first child, Wills still finds time to teach about 10 classes per week. At Mission Academy High School, she teaches teens in recovering from substance abuse. She also teaches classes at Positive Tomorrows, a private school that serves homeless children and their families. This Land Yoga features a weekly community class for which students pay only what they can afford.

Raised in Seattle and now living in Portland, Oregon, Beach has more than 221,000 followers on Instagram and travels the world teaching yoga.

“I feel very fortunate to have found something that I love and that I’m really connected to,” said Beach, who, when he’s not traveling, teaches regular classes with his girlfriend, Carling Harps, at Yoga Pearl, the premier studio in Portland’s Pearl District.

Beach’s origin story, however, is not all mysticism and inevitability. As a teenage basketball player, he began doing yoga stretches in his parents’ kitchen to alleviate tightness in his body. His mother showed him a few poses, and he practiced at home with no further aspirations. Beach’s father finally goaded him into taking a class at a local studio.

That first class almost ruined yoga for Beach. He and a friend showed up late and had to take two spots in the back by the door. An older, very flexible man was practicing right in front of Beach, wearing unfortunately short shorts.

“We get into this extended head-to-knee pose, and his balls drop out,” said Beach, laughing. “We had to hold the pose for a minute, and I’m the only person who can see these balls, and I’m dying. I didn’t do yoga for a long time after that.”

Beach developed an affinity for handstands, to the chagrin of some of his early instructors.

“I would drive teachers crazy, so much that I would get kicked out of class,” he said. “I almost quit going to studios.”

Then a weird thing happened. Some of the local students began asking Beach for private lessons because they wanted to do the inversions too. A career was born.

Besides handstands, Beach teaches body awareness and mindfulness, which he said can lead to other things, like informed eating, conscious living and better interaction with others.

“You guys stole the Sonics from us, and that was hard-core,” said Beach. “But I’m still a fan of the Thunder.”

To register or for more information, call 529-6428 or visit thislandyoga.com.

Print headline: Beach party, A world-renowned instructor teaches a series of workshops at This Land Yoga.

Patrick Beach at This Land Yoga

The Art of Inversions