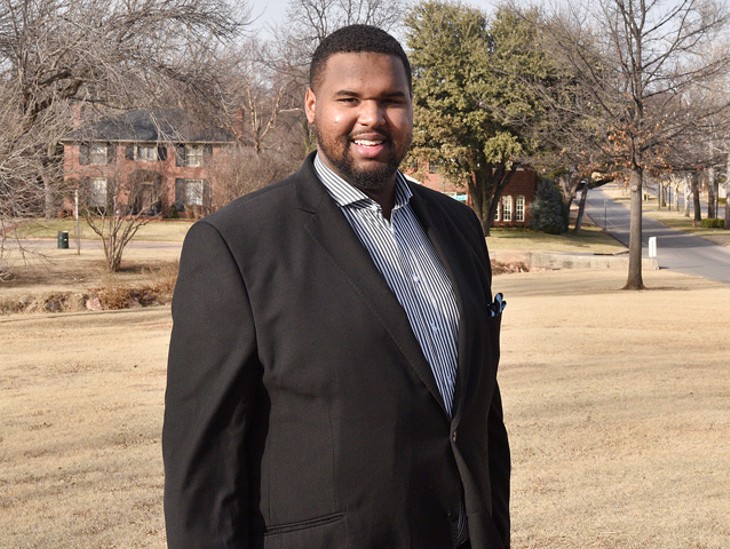 As outlined in the Oklahoma Constitution, two years from now, state lawmakers will draw district lines for state legislators and Congress members. In the last year, when Rico Smith explained the process to fellow Oklahomans, he often received worried looks and concerned comments about gerrymandering, which refers to the drawing of elected districts to benefit individual candidates, political parties or both.

“Everyone pretty much agreed that there was a problem beginning with whether politicians should be able to draw their own lines,” Smith told Oklahoma Gazette. “There was also uncertainty about the best way to move forward.”

In the coming weeks, the newly created coalition Represent Oklahoma plans to file a ballot initiative calling on Oklahoma voters to decide whether to amend the Oklahoma Constitution to establish an independent redistricting commission. This spring, the group seeks to collect enough signatures to earn a spot on the November ballot.

“I think people from across the political spectrum recognize that this is a problem,” Smith said of gerrymandering. “They want to see it fixed. They identify that a group of citizens separate from the Legislature is the fix to that problem.”

If Represent Oklahoma’s initiative petition succeeds in earning a spot as a state question on the general election ballot, it wouldn’t be the first time an independent redistricting commission arrived on a statewide ballot. In 2000, an Arizona ballot initiative ultimately led to the establishment of an independent commission, which strives to be fair and balanced in redistricting the state’s congressional and legislative districts.

Other states seeking to reduce partisan gerrymandering have formed bipartisan redistricting commissions by their respective state legislatures. Proponents of these commissions say they produce fair electoral district lines that ultimately yield more competitive races. The twists and turns of district boundaries, which have led to accusations of gerrymandering, are nonexistent.

Those who have followed the national discussion around independent commissions watched closely in 2015 when the U.S. Supreme Court split 5-4 to uphold the constitutionality of such commissions. Redistricting remains an issue to watch through the federal courts. The Supreme Court has agreed to hear three redistricting cases this term alone.

Like Oklahoma, the conversation of an independent redistricting commission is underway in Ohio and Pennsylvania. Similar to the Sooner State, groups in those states are working to earn November ballot access. If approved by voters, those commissions would be ready to proceed in 2020, when states review electoral maps.

Under Oklahoma law, the Legislature must pass congressional and legislative redistricting plans within 90 days of the 2021 session.

While Represent Oklahoma is keeping an eye on the court’s decisions, it feels confident in its proposal, which isn’t finalized yet.

“Our reform would be the fairest in the nation, and that’s something we are very proud about,” said Smith, who serves as executive director of Represent Oklahoma. “Unlike other states, we actually remove politicians from the process altogether. Other states allow members of the legislature to appoint the commission. We remove that access. Secondly, we guarantee access to this commission to any registered party. We feel if you can get a candidate on the ballot, you should have a seat at the table when determining districts.”

Represent Oklahoma has kept a relatively low profile since it established a website and social media presence this fall. In the last few months, the primary focus has been on finalizing its proposal and raising money for a statewide campaign.

The group has a supporter in former Gov. David Walters, who spoke in support of Represent Oklahoma’s efforts at a community event at Full Circle Books earlier this month. Walters is a Democrat, but Smith ensures that the organization has supporters on both sides of the aisle.

The movement’s vision of ending even the slightest motive of political mischief in creating electoral maps is finding an audience in Oklahoma. Traffic is steadily increasing on Represent Oklahoma’s website and social media pages.

“You get sensible legislators,” Smith said. “I think one of the other benefits of a nonpartisan or independent commission is what I call true party registration. No longer do you have to register with a party that you don’t agree with in order to participate in the political process and choose your representative. We will have more balanced districts. You can register with the party you most identify with and select someone from a primary process to go on to the general election.”

Print headline: Drawing lines; Represent Oklahoma wants to get state lawmakers out of the business of drawing congressional and state legislative districts.