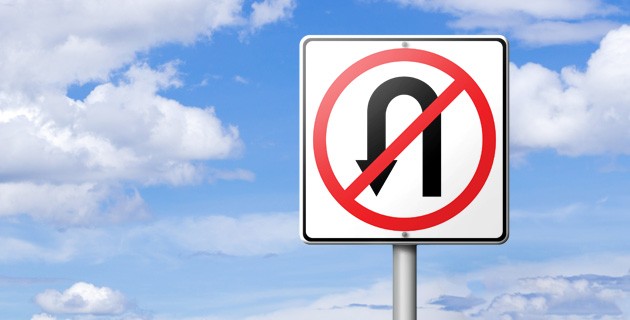 In a cultural moment when the societal rights of women to not be subjugated, objectified or otherwise exploited is on people’s minds, Oklahoma lawmakers are attempting to do just that, reducing pregnant women to the status of what state Rep. Justin Humphrey, R-Lane, called “hosts.”

Senate Bill 195, sponsored by state Senate president pro tempore Greg Treat, R-Okla-homa City, would create a law saying that life begins at conception and would provide fertilized eggs (even if  they have not implanted in the uterine wall), embryos and fetuses with constitutional rights.

“The laws of this state shall be interpreted and construed to acknowledge on behalf of the unborn child at every stage of development all the rights, privileges, and immunities available to other persons, citizens, and residents of this state,” the bill states.

Let us review. If one spermatozoa manages to fertilize a woman’s egg, that fertilized egg’s rights would be constitutionally identical to your 45-year-old next-door neighbor, your tax attorney or Wayne Coyne, but greater than those of the potential mother in question.

“I share the hope that one day abortion will be illegal in Oklahoma and elsewhere across the United States,” Treat told Barbara Hoberock of Tulsa World. “That day cannot come soon enough, and when it arrives, Senate Bill 195 prepares Oklahoma to immediately take steps to protect the unborn.”

There are no exceptions in the bill for rape, incest or the life and health of the mother. Meanwhile, state Sen. Joseph Silk, R-Broken Bow, is the lead sponsor of Senate Bill 13, which would make abortion murder. Silk’s bill, which even the Baptist General Convention of Oklahoma sees as likely to be overturned in the courts, would send nurses, doctors or the woman who was pregnant to prison.

Now, I know there are many Oklahomans reading this who are thinking, “And your point is…?” To those people, Silk and Treat’s respective bills are what they have been waiting for since Roe v. Wade became settled law in 1972. They want these bills to be contested and for one or both to go before the U.S. Supreme Court, where they hope that the high court litigation might result in overturning Roe.

But first, let us consider Silk’s bill. Silk’s activity in the 2019 legislative session suggests that he wants producers of Hulu’s The Handmaid’s Tale to base a character on him. He is also supporting the so-called “constitutional carry” bill that would allow anyone, including your 45-year-old next-door neighbor, your tax attorney or Wayne Coyne, to buy and carry a gun without a permit or training. In Silk’s ideal, Gilead-like world, the apocryphal “good guy with a gun” could barge into an abortion clinic and hold a woman at gunpoint if she were trying to obtain an abortion.

In addition, Oklahoma could become even more of a prison state. According to the Prison Policy Initiative, an advocacy group that studies the effects of mass criminalization, about 43,000 people were incarcerated in various Oklahoma prisons and jails in 2018. That is roughly the population of Muskogee. With SB13, Silk is shooting for a population more in line with Norman, but perhaps “shooting” is a bad choice of words.

Beyond the fact that Silk and Treat’s bills could potentially force Oklahoma into expensive court battles when state budgets are already stretched thin, these anti-abortion bills are being pursued to sow political divides. This is nothing new: Anti-abortion legislation helps candidates curry favor in deep-red districts and get reelected, which allows them to do the bidding of political action committees pushing conservative business agendas. For Silk, SB13 is essentially a campaign activity that will keep him in office to support constitutional carry, which serves as insurance for the “A+” rating he receives from National Rifle Association.

Of course, all of this is terrible for Oklahoma, whether it is the potential increase in already over-the-top incarceration rates, pistols on belt loops at street festivals or the systematic subjugation of the majority sex. Our terrible, union-busting Right to Work laws might be enough to entice some businesses to locate here, but retrograde social policies and legislation could cancel out the low cost of living and petrochemical-positive tax laws.

Oklahoma simply cannot afford any more laws ushering in new Dark Ages right now, because we do not have enough positives that can counterbalance them. Florida, for instance, is often called the “gunshine state” because of its legislative fealty to the NRA, and there is even the Florida Man internet meme/Twitter account that proves Carl Hiassen’s novels are firmly grounded in reality. But Florida also has gorgeous beaches and generally good weather outside of hurricane season. Its U.S. senators are no better than Oklahoma’s U.S. senators, but our lakeside coastline does not count in a side-by-side comparison.

Not only are Silk and Treat’s bills likely to be in total conflict with federal statutes and will probably be struck down in court, they are bad policy for our people and will act like business repellant to many corporations shopping for new markets. But more than that, Oklahoma should not be on the wrong side of the current collective discussion on women’s rights. Under Treat’s bill, women who are raped would be forced to carry the children of their attackers to term, and under Silk’s proposed legislation, any attempt to end the pregnancy would result in prison or even a death sentence.