Oklahomans work to redefine one of the state’s most shameful incidents. 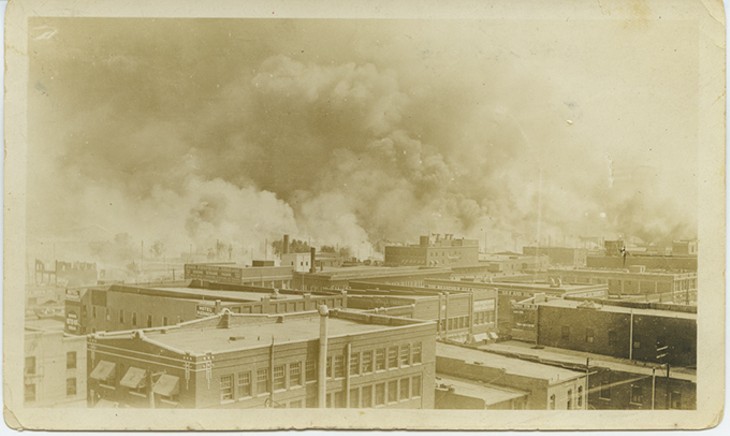 On the morning of May 31, 1921, a young black man by the name of Dick Rowland was arrested in the Greenwood area of Tulsa for an alleged assault on a white female that took place the day before. Sarah Page, the victim of the supposed assault, refused to press charges.

While the events that transpired remain shrouded in mystery, many individuals in the white community believed it to be an incidence of rape. Despite a lack of evidence, word spread like wildfire. What might have been a simple misunderstanding turned into a bloody massacre that lasted through the first of June 1921.

“In those days, that was a no-no. They took you out and hung you. No recourse; no trial,” said Art Williams, former professor of sociology at Langston University.

Soon after his arrest, a mob gathered to remove Rowland from his cell in an effort to have him lynched. However, a group of African-American individuals took up arms in an attempt to put an end to the madness.

“[The African-American community] were armed after World War I. And they just kind of got to the point where they were not gonna take it anymore,” Williams said.

The fight that ensued escalated into a full-blown assault on the area fondly referred to as Black Wall Street, an event known today as The Tulsa Race Riot.

According to Karlos Hill, interim director of African and African-American Studies at University of Oklahoma, Greenwood “is noted to have been the wealthiest black community per capita in the country at the time.”

For those familiar with the event, labeling the incident as a riot is a poor understatement that implies a subtle denial of the severity of the matter.

“I think it’s more appropriate to refer to it as a massacre, and that’s because when we talk about it as a massacre, we get closer to what actually happened, which was the indiscriminate killing of black people — men, women, children — the systematic destruction of … the community,” Hill said. “Every significant building — whether a church, a business, a home — was destroyed or severely damaged. That was done on purpose. … It’s clear it wasn’t just an outburst.”

Tensions were running high between members of the black and white communities, leading to a number of discriminatory issues across the state years before the massacre took place.

According to Williams, the Ku Klux Klan had been pushing to expand its membership to urban areas in 1915. By 1916, anti-black sentiment had only worsened.

“Tulsa passed an ordinance that mandated residential segregation by forbidding blacks or whites from residing on any block where three-fourths or more of the residents were of the other race,” Williams said.

A supreme court ruling overturned the measure, but the ordinance was kept on the books.

Racial tensions were further exacerbated by the Red Summer of 1919 that followed, and while Tulsa was in the midst of an economic slump, Black Wall Street prospered.

“Anytime the piece of pie gets smaller, you’re gonna find some scapegoats,” Williams said. “[African-American citizens] were the culprits of who did what.”

The Tulsa incident finally broke out in a culmination of violence and bigotry leaving 100-300 people dead over the course of 18 hours. The bulk of the death toll was primarily comprised of African-Americans.

When the citizens of Greenwood sought to rebuild their part of the city, more complications arose.

“In historical context, the word ‘riot’ was used during that time because many insurance clauses prohibited companies from rebuilding if their damage was due to riot,” said Jamaal Dyer, director for the centennial commemoration of Tulsa’s 1921 race riot. “And so that was, at the time, the city government’s way of trying to ensure that the black businesses were unable to rebuild by utilizing and claiming the name ‘riot.’”

But that’s not what it was. Aside from an outright denial of truth, mislabeling the event was a major step in a plan to halt the regrowth of the prominent African-American community residing in Greenwood.

Nonetheless, the area continued to thrive despite a horrific blow. Freeman Culver, president-elect of Greenwood Chamber of Commerce, explained there were barbershops, doctors, hotels, grocery stores — just about everything you could possibly need or want in a town.

“After the massacre, those entrepreneurs, churches and other establishments built it all back without insurance money,” Culver said. “That’s the story that must be told.”

Homes and business alike were eventually forced out of the area following the approval of urban renewal, a program Dyer refers to as “urban removal.”

“Through the massacre, they were resilient. From its inception, you know, finding a place for black entrepreneurs and black people to live and claim their own … they bounced back and they showed strong leadership and strong fortitude,” Dyer said. “Being able to come back and bounce back. That’s resilience.” 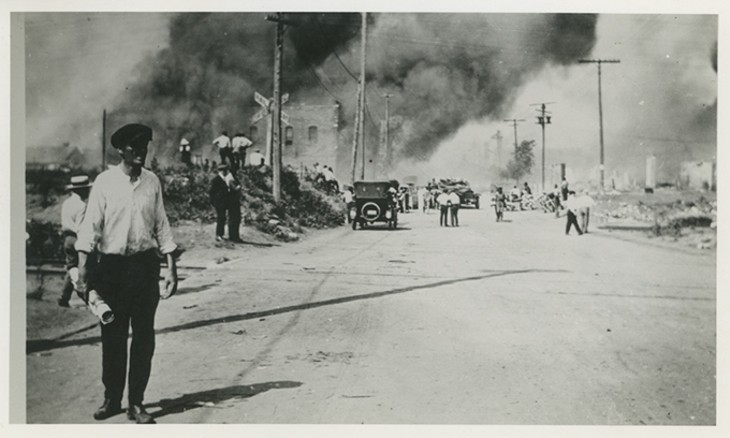 At that point, the truth about the massacre was still largely untold.

“For more than 80 years, the white supremacists’ version was the official version — that the riot was caused by black men coming downtown … firing upon a crowd of white people. And then the white community responded in the way that they did … was justified because, you know, the African-Americans were in rebellion,” Hill said.

In 2001, Oklahoma Commission issued a report to set the record straight, releasing an investigation in an attempt to recover the facts and make amends.

Referencing the report, Williams said, “The city has conspired with the white mob against the Tulsa black community. It also recommended a program of reparations to survivors. … Most of them were deceased.”

Hill stated there was $1.5-$4 million of damage incurred in the community. And those who lost their lives will never be repaid. Relabeling the event is one way to pay homage to those individuals.

“I would think we do a disservice to those who died and those who lost everything when we call it a race riot,” Hill said. “When you tell it from the vantage point of those who suffered, the destruction and death fell most heavily on, it’s a different narrative than what was told in the days and the months and the years after it occurred.”

Still, many people remain ignorant of the events that took place after Rowland’s arrest.

“Tulsa Public Schools would not incorporate it in the curriculum,” Williams said. “It’s history. It was a bad history, but it’s still American history.”

Hill is currently working to engage teachers with the subject matter so they might be better suited to effectively pass the information on to their students. For example, he initiated a seminar at Wilson Teaching & Learning Academy that lasted four days.

“It’s something that has to be taught,” Hill said. “If there’s a way, and there surely is a way, to empower teachers to do it more confidently. … I wanted to be a part of that. I wanted to help to initiate that.”

Three years away from the centennial commemoration, the Greenwood community shows no signs of slowing down.

“My sincere hope is that the anniversary won’t just be a moment to commemorate, but it’ll be a moment to say, ‘You know, there’s been work done in the 100 years’ and try to address it instead of continuing to look past it, ignore it, pretend it doesn’t exist,” Hill said. “It’s all about what can we do now, what can we do today.”