Restaurants, bars have long been welcoming havens for all lifestyles 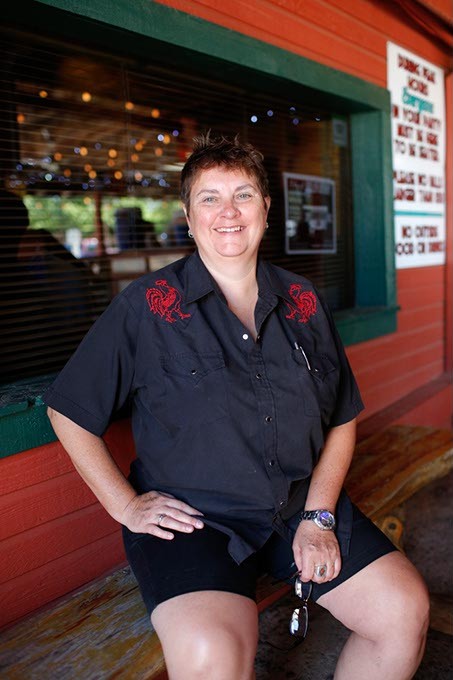 “If you’re a lawyer, you’re going to have to wear a suit and tie,” said Linda Lee, owner of Irma’s Burger Shack. “That’s not as true for waiting tables.”

“I came out when I was about 25 or so, but I had a girlfriend when I was in high school,” she said.

Before she was comfortable putting a name to it, she moved to Oklahoma City from Woodward and began work at Rita’s Del Rio.

Restaurants and bars, she said, were filled with people who accepted and even celebrated their lifestyles.

“I think restaurants have been labeled as places where you don’t have to conform,” Lee said.

The same is true at bars — for both employees and patrons — said HiLo Club bar manager Topher Sauceda.

“We call ourselves a ‘stray bar,’” he said. “It’s a place where everyone is welcome.”

Employees who find their way to the historic HiLo, 1221 NW 50th St., aren’t necessarily looking to discover themselves, but to find a place where they’re comfortable being themselves.

“There are no judgments here,” Sauceda said. “Perhaps it is a stepping stone for people who are new to the idea, a place to see what it’s like to be accepted as who they are.”

That’s a concept Lee experienced firsthand at Rita’s and later at The Metro Wine Bar & Bistro, 6418 N. Western Ave., where she waited tables for 10 years.

People might speculate about the sexuality of young employees, but everyone worked to create a good environment.

“So when they do come out or whatever they want to do, they can do it,” she said. “Whatever your preferences are is way low on the totem pole in the restaurant.”

When Chris Lower and Kurt Fleischfresser asked her to run Irma’s, 1035 NW 63rd St. and 1120 Classen Drive, she knew it was about the trust she built with them as an excellent employee and nothing else.

“I’ve had to learn and grow in my time,” Lee said. “Things that wouldn’t fly at The Metro could be loosened up a bit at Irma’s. You can have a piercing in your nose, your eyebrow and your lip, but you can’t have a chain running through them.”

As someone who was helped so much in her journey by restaurants, she said she feels obligated to give the same assistance to people looking for work.

“It’s my duty to do my best. If a gay person comes in, I try to hire them,” she said. “We have to have a good environment.”

That’s what makes Lee proud. It’s about living as who you are and being a responsible member of a team and of society.

“I need you to be a really good waitress who’s a lesbian, not a lesbian who happens to wait tables,” she said. “In a culture where younger gays and lesbians feel a bit of entitlement, I want them to show up for work and show me what they’re proud of.”

Lee said her mother, who was always accepting of her sexuality, would proudly introduce her as her lesbian daughter. And though she knew her mom was showing that she wasn’t ashamed, she corrected her.

“I am a restaurant owner. I work my ass off,” she said. “The other thing is way low on the totem pole.”

Sauceda said HiLo staff and clientele are diverse in their own ways, so sexuality doesn’t really matter.

“Whether you’re a punk rocker kid or a homo kid or a straight kid who just wants to have a good time and love and be loved, this is the place for them,” he said.

If everyone is a differently shaped puzzle piece, the HiLo is the puzzle where everyone fits. And with rooms both big and small, Sauceda said, it is a place where you can be seen if you want to or blend in if you don’t.

That’s the great thing about the service industry, Lee said. People work odd hours, they come and go, there’s autonomy and a sense of camaraderie. It’s a good industry in which to connect with others like themselves.

Print headline: Safe havens, Restaurants and bars have long encouraged staff to be themselves while serving others.