A new law provides commutation for hundreds of incarcerated Oklahomans with the ability to expunge felonies from their records. 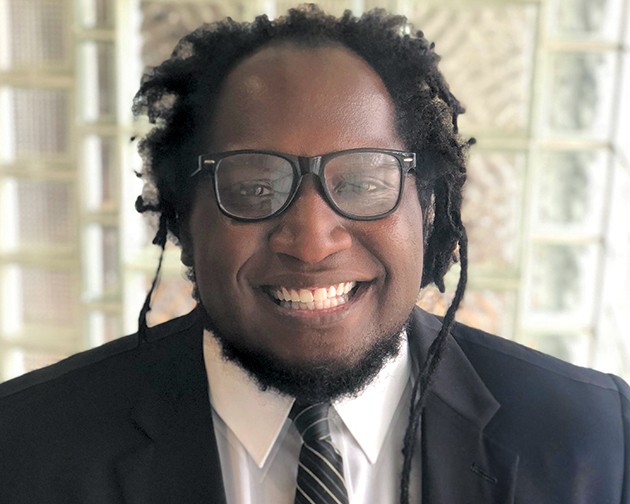 Nearly a thousand Oklahomans will be released from prison early — potentially in time for the holidays. Gov. Kevin Stitt signed a bill into law that makes State Question 780, which reclassified simple drug possessions from felonies to misdemeanors, retroactive.

Department of Corrections (DOC) must provide a list of eligible inmates to the Pardon and Parole Board within 30 days of House Bill 1269’s effective date, Nov. 1. The law is expected to benefit up to 1,000 people currently in DOC custody through an accelerated commutation process. It will also allow more than 60,000 Oklahomans to expunge felonies from their criminal record.

However, Damion Shade, Oklahoma Policy Institute’s criminal justice policy analyst, said the expungement process, which was amended into to the bill, is more costly than the original plan.

“The sad thing is the original version of House Bill 1269 did not use this process,” he said. “It used a much simpler process that would’ve taken place in the court of origin. They would’ve literally just changed the initial filing in that court process. It would have been at much less cost to the state, at much less cost to the person … and it would’ve been a much simpler process.”

“The 60,000 or so people that were already out that also had this felony would have had to have hired an attorney, taken their case back to court, gone through the court legal system, pay those fees and at that point had their felony expunged — which they could have done because they would’ve had the legal right to do it, but there would have been more cost and time involved. We were trying to make a simplified process,” Dunnington said. “What we knew all along was that there was a massive group of people that were already out that lived in kind of a second prison, if you will, because they carry the stigma of a felony. And if we can’t deal thoughtfully in a way with those people as well, then we’re not doing anyone any favors. So it was really important for us to work diligently on this expungement piece.” 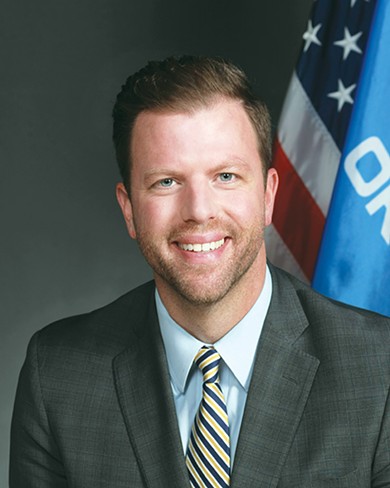 To go through the expungement process, people must pay $15 for their OSBI criminal history report, a $150 OSBI fee to record the final court order and about $175 for court filing fees, according to Legal Aid Services of Oklahoma. This does not include the cost of an attorney, which Shade said many people would probably need help from.

“Looking at the form, it’s hard for me to imagine many people will be able to actually complete the process without the help of an attorney,” he said. “There’s a lot of legal minutiae that’s on the form. Me being a person who’s not an attorney but that works with these issues every day and sitting down with a group of attorneys and actually looking at the expungement form that they created in House Bill 1269, there’s no way that an average person without a little bit of legal background or assistance is going to be able to complete that process without some help.”

In talking with attorneys, Shade’s conservative estimate is $150 per hour to hire an attorney. Additionally, people must pay all court debt before even truly beginning the process.

“As we’ve reported before at OK Policy, that court debt could be as high as tens of thousands of dollars in some people’s cases, depending if they have a preexisting charge or conviction,” he said. “People who got felony drug possession convictions, many of those individuals are dealing with some pretty profound debt to the tune of thousands, but that’s obviously a variable for everyone.”

Dunnington said the courts have more discretion and judges could waive fees. He also said various nonprofit organizations can help with some of those costs for people who cannot afford the process.

“We put a bunch of new funding into the courts through general appropriations. A big reason for doing that is we wanted to stop the process of district attorneys using fees and fines as a way of funding,” he said. “We also gave the judges more discretion in when they levy any fees and fines. We’re hoping that judges will use that discretion in this case, but if they don’t, then we need to go back and tweak that process.”

The cost for expungement essentially prices out many people who would qualify, Shade said. Because of the high price, many people will not be able to afford the process and will continue living with the consequences of a felony on their record — despite the fact the crime is now a misdemeanor.

“The unemployment rate for felons or people with felony convictions or justice-involved people in Oklahoma is five times higher than the normal unemployment rate,” Shade said. “It’s much harder to get a job. It’s much harder to get grants and loans to go to college or go to vocational training. There are so many impediments that come with a felony conviction, so the ability to get that off of your record, to be able to become a productive, tax-paying citizen is a profound benefit to our state. I mean, when we’re talking about more than 60,000 people, you’re talking about something with a modest workforce impact.”

Shade hopes legislators will establish a hardship waiver for the law next year.

“So, say you are someone who’s filed the proper affidavit to be declared indigent. You need a public defender, you can’t pay bail, all that stuff,” he said. “If a judge says you’ve got hardship, they’ll waive all the fees for this particular expungement. Because they actually created a specific expungement document that’s in House Bill 1269 just for this group of people, these 60,000-plus Oklahomans will need to get their records cleared.”

Dunnington said he would absolutely consider establishing a hardship waiver in the future.

“It’s just one of those examples of if we could have done everything we wanted, we would have done everything we wanted and it’d be a lot more perfect than it is now, but that’s not how policy gets made,” he said. “There are a lot of people at the table, and it took a lot of negotiation over a four-month period to get what this product is, and we’re really proud of it. But could it have been better? Yeah, of course it could have. That’s all part of negotiations though.”

The Pardon and Parole Board will establish a single-state commutation docket for people currently incarcerated. While not yet finalized, Shade thinks it will take a large number of people at a time and do an up or down vote in order not to conduct individual hearings.