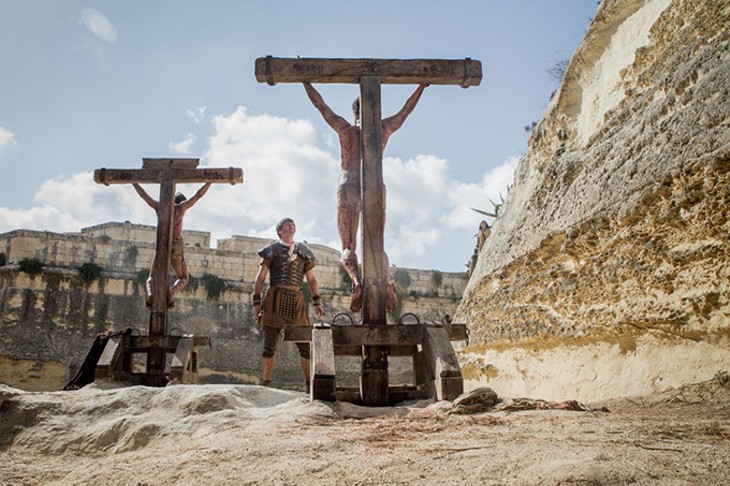 It’s always easy to overrate films of a certain genre when you’ve been in a rotten rut. Anything with a breath of life leaps out at you, and you welcome its defibrillation. Think of it this way: If I’m flipping through channels, I’ll stop on anything that isn’t a commercial. So when I come into a genre — be it Christian-focused film, sports drama or flexing space marine warfare — context is key.

Luckily, Risen, the story of Jesus Christ’s resurrection told from the perspective of a doubting Roman, wavers from cheery to gruesome to absurd and lands in the differentiated realm of oddball fun.

That’s not what you might expect from a story that begins with a crucifixion, but Risen defies most expectations. Its wild, moment-to-moment deviations in quality mean you’re always eager to discover the next scene, be it good or bad.

It helps that the first half of the film is structured like a police procedural — Think a murder investigation in reverse: We have to find that body and prove he’s dead! — led by military tribune Clavius (Joseph Fiennes) doing his best empirical detective routine. Fiennes sells his metered, serious approach to the character by imbuing him with modern logical doubt.

Through Clavius’ perspective, we investigate the mystery of the disappearing messiah, all duty-bound and skeptical. Alternative explanations (lots of fairly gross exhuming) are explored, assisted by Clavius’ ambitious young assistant, Lucius (Tom Felton). While Felton brings similarly solid chops to the role, you could place bets on the quality of other cast members in the moments before their introductions and the results would be entirely unpredictable. 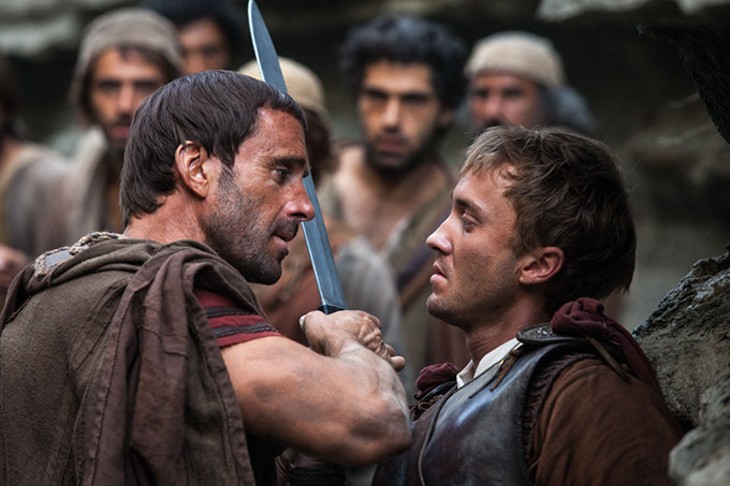 Once Jesus (or Yeshua, as they call him, played by a warm and quiet Cliff Curtis) has his grand reveal, the film droops. Shellshock jostles the picture from its fortuitous matching of character and structure: The rational Roman has been flung from his comfort zone. The genre shifts intensely and loses its tight scripting. It becomes a lackadaisical Lord of the Rings led by Gandalf the Holy.

The dive into fantasy-adventure, complete with a hairy group of bedraggled men on the run from military pursuers, discards much of its character work. Faith becomes fact. The struggle with belief becomes nonexistent when you see miracles right in front of you, and without the constant back-and-forth between Pilate and Clavius, the film lets us linger on the questionable editing and cinematography.

Moments of the escape — for example, when Clavius uses his expertise as a Roman tribune to command the disciples to army crawl through tall grass, wriggling on their bellies to stay out of sight — are genuinely entertaining, but on the whole, scenes fit together awkwardly. Actors always seem just about to continue speaking or the camera lingers on them a bit too long.

The amateurish edges are more apparent once the company makes it to safety from the Romans. A once-engaging adventure quickly slackens to a wide-eyed gawk without conflict, internal or otherwise. Yet while the film never congeals as a story of faith, the fast-paced and often slapdash adaptation at least brings something original to the Last Supper table.