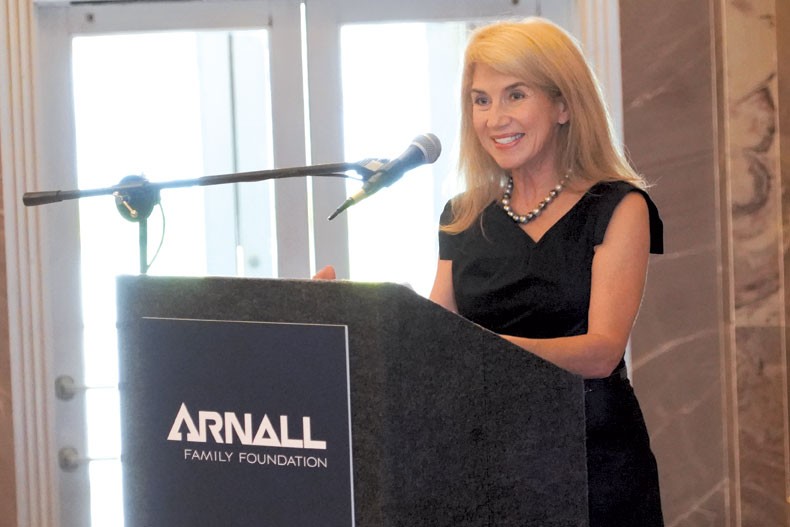 It’s hard for Sheena Grayson to recount the night her children were taken away from her. Grayson’s boyfriend was drinking and driving while she sat in the passenger’s side of the car that moments later collided with traffic. Grayson’s 2-year-old son and 1-year-old daughter were in the backseat. Both adults were arrested. Grayson’s daughter was placed in the care of the Department of Human Services while her son was taken to the hospital for a broken arm.

“It was torture,” Grayson said. “I didn’t care that I was in jail, I didn’t care if I was hurt; all I could think of was that my son was in pain and I couldn’t be there for him. I laid on the floor and just wept. I don’t think I’ve ever been in that much pain in my life.”

The following week, Grayson’s mother took her to see her children who had been placed in foster care in Oklahoma City. Grayson lived in Elk City, she said, 120 miles away.

“Getting to see them was a struggle,” she said. “The car was totaled in the accident, and everything else I had was lost while I was in jail. I would just go around calling everyone I knew and beg, essentially, for a ride to see my kids.”

While tragic, Grayson’s predicament is one known all too well by biological parents whose children are in DHS custody. According to United Way of Central Oklahoma, securing reliable transportation is one of the three main challenges faced by agencies serving vulnerable populations.

“We had the money, and we heard about this need,” program manager Lindsay Laird said. “We don’t have all the details finalized yet, but we didn’t see that as a reason to sit on this grant.”

“Every second of every minute of every day — that’s how often I would have been with my kids if I could.” — Sheena Grayson click to tweet

Laird said that while Arnall Family Foundation doesn’t have a solution to the transportation problem, it does have the money to help fund a solution.

“This is basically a call to action,” Laird said.

The foundation has committed to donating $1 million to the organization that demonstrates the most innovative pilot program for improving the transportation challenges faced by parents in Oklahoma County who have had their children removed and are working toward reunification, Laird said.

It’s a service, Grayson said, she would have utilized daily.

“Every second of every minute of every day,” she said. “That’s how often I would have been with my kids if I could.”

Time alone forced Grayson to confront her inner demons of drug addiction and depression, sparked, she said, by being raped when she was 9 years old.

“I needed a ride to see my kids,” she said. “But I also could have used someone to talk to. Just someone to say, ‘Hey, by the way, I’m on your side; I’m rooting for you.’”

Sheree Powell, a spokeswoman for Oklahoma’s Department of Human Services, said that DHS strives to reunite children in foster care with their biological parents within 12 months after being separated but the system requires a lot from parents before that can happen.

One of those requirements, Powell said, is that parents visit their children while they are in foster care.

While many parents use public transportation to visit their children in foster care, Powell said doing so is not always practical.

The grant, she hopes, will serve as a bridge for reunification.

In 2017, after time spent in rehab, Grayson regained full custody of her children. She now works as a peer recovery support specialist and hopes she can use her past hardships to help others.

“I think this grant will help so many parents who were suffering like I was,” she said. “With some help, you can fight your demons and still see your children.”

If she were to design the transportation service, she said, she’d make sure drivers are beacons of sunshine who always ask how passengers are doing.

Letters of intent are due to Arnall Family Foundation by Dec. 1, and applications are due Feb. 1. A winner will be announced March 11.