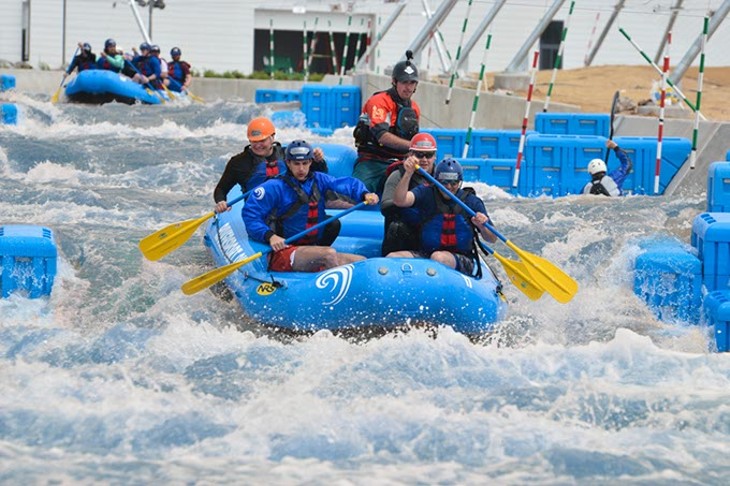 This week, Team USA arrives in Oklahoma City to celebrate the grand opening of Riversport Rapids with its Road to Rio Tour Saturday and Sunday in the Boathouse District, 725 S. Lincoln Blvd.

OKC Riversport’s newest Riversport Rapids facilities span 11 acres and cost $45 million to build. Its grand opening is timed to coincide with welcoming Team USA, as the site also is home to one of few U.S. Olympic and Paralympic Training Sites in the country.

“We have Olympic hopefuls, athletes that want to try to make the Olympic team, to qualify to represent the United States in Rio, so they will come to Oklahoma City to qualify on our whitewater course,” he said.

Weekend activities include a family-friendly festival with concerts by Aaron Newman & The OK Caravan and Matt Stansberry & The Romance Saturday afternoon and a country music concert and fireworks to wrap up the night. Sunday, music acts Shawna Russell, FM Pilots and Mike Hosty will perform. Food trucks, a beer and wine garden and the district’s Big Water Grill also will be on-site.

The tour is a precursor to the Olympics, and Team USA helps highlight the various games by giving fans and visitors opportunities to see what’s in store for the 2016 Olympic Games.

While the two-day event is free and open to the public, tickets for whitewater rafting will be for sale. Due to the large number of crowds expected at the opening, Knopp said, guests are urged to preorder tickets online. Visit boathousedistrict.org for more information.

• May 20: LeadWell leadership, business and health conference lead by Shanna Teel, founder and CEO of Dr. Shanna Teel & Company. Event is 8 a.m.-5 p.m. May 20 at Chesapeake Central Boathouse in the Boathouse District, 732 Riversport Drive. Registration is $245. Learn more at drshanna.com/events-2.