Always-going John Calvin Abney slows down and reflects on his highway album Coyote. 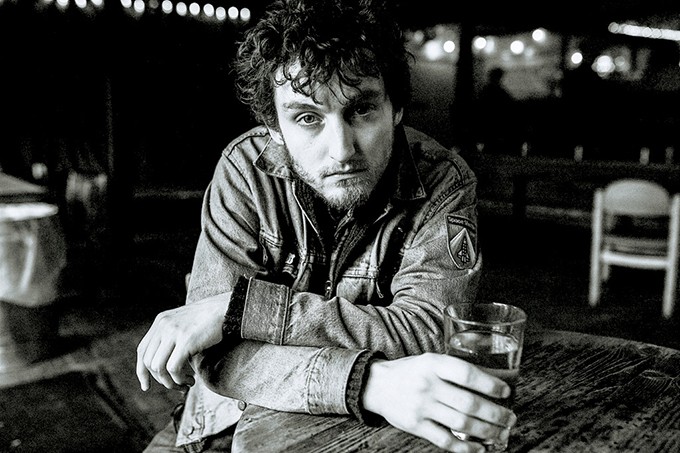 Whenever John Calvin Abney needed to step away from life and think, he would cross the street from his old house on Tulsa’s S. Yale Avenue and visit the historic Route 66 diner Tally’s Good Food Cafe.

The classic ’50s-themed diner is a far cry from a peacefully quiet coffee shop. The booze-serving, 24-hour establishment is popular among locals and Route 66 tourists alike. Tally’s is not the place most other people would pick to focus, but it was conveniently located, and perhaps Abney is the kind of person who subconsciously needs things to be just a little hectic.

“It’s funny that I spent most of my time touring and lived right on Route 66,” Abney said in a recent Oklahoma Gazette interview. “It’s kind of symbolic.”

Abney spent almost all of 2017 traveling the nation as guitarist for nationally renowned Tulsa country crooner John Moreland. While many people recognize him as a sideman, Abney is a tremendous musician and songwriter in his own right. His last two albums — 2016’s Far Cries and Close Calls and 2015’s Better Luck — achieved critical acclaim and praise from fans.

It could be said, however, that Abney has never been truer to himself as an artist than he is now. His new album Coyote, which is more of an indie-folk and dream-pop project than the type of Americana effort Moreland fans might be expecting, debuts Friday and gets a proper kickoff 8 p.m. Saturday with a release show at The Blue Door, 2805 N. McKinley Ave. Samantha Crain opens the show, and Abney will perform his new songs with a full backing band that includes bassist Shonna Tucker (formerly of Drive-By Truckers), keyboardist/violinist Megan Palmer and drummer Paddy Ryan.

Abney spent a lot of his time at Tally’s over an omelet, a coffee and maybe a spot of gin, reflecting on his life and sketching out lyrics for songs. His song “South Yale Special” is an homage to his old neighborhood diner.

“I ordered the daily special once, had some drinks and then wrote a terribly sad song,” he said.

Coyote is Abney’s monument to a challenging but fruitful 2017. It was not a devastating year; he was not personally pushed to the brink of death. But it was a tough year, and sometimes tough can be just hard enough to break a person.

“It’s not a boo-hoo record,” Abney said. “It’s just me learning how to deal with things we all have to deal with at some point or another.”

"I ordered the daily special once, had some drinks and then wrote a terribly sad song."—John Calvin Abney click to tweet

The past year playing and touring with Moreland was a nonstop speeding train unlike anything Abney has experienced before. He was always locked in and mentally engaged on either one thing or the next.

The relentless commotion never gave him the time to fully process everything else going on around him. He had friends and relatives die in that year; he went through a hard breakup; he was diagnosed with minor health issues that were aggravated by stress and an endless travel schedule.

Everything seemed to be rising up around him at once. Abney was just fighting to stay afloat, and the invincibility of his youth was lost somewhere downstream.

Writing mellow and melancholy (but never distraught) Coyote was the way Abney finally dealt with his crazy year. But he had other coping mechanisms as well. Abney picked up his hobby of recreational running again. He also had the chance to play on a lot of other people’s albums, which sparked his own creativity.

Ultimately, Abney has come to a conclusion of gratitude for the chance to play with Moreland at the peak of the artist’s popularity thus far. It is important to him not to dwell on the negative.

“John and I had a good year of working together, and we got to do a lot of really wonderful things,” he said. “It was amazing.”

Abney remembers opening for Moreland one day at Norman’s Bluebonnet Bar. It was not long after the release of Moreland’s 2013 album In the Throes, and Abney was already a huge fan. He approached Moreland after the show and told him that he admired his songwriting and that if he ever needed a guitarist, he was available.

“He’s just a smart guy, man,” Abney said. “It’s really awesome to be such good friends with him now because I respected him so much.”

Abney has strengthened his own performing and career through osmosis. Watching Moreland’s rise to national stardom has been an inspiration.

“It’s like wordless teaching,” he said. “You’re just there; you experience it and it becomes a part of you.”

The album earned its Coyote name as a symbol for Abney himself: aloof and wiry, wandering rural highways distanced from the pack. It is unquestionably an Oklahoma record and repeatedly references the state’s landscape. But Coyote is also a record that is uniquely fit to Abney himself. The artist listed Penny Pitchlynn (known as a member of Broncho), Camille Harp, Samantha Crain, Kierston White and others as local songwriting inspirations. But his goal is not to emulate any style.

Abney said the lead into every album feels different from the last one. Each record was its own journey.

“Album releases are funny because they’re obstacles to be overcome,” he said. “You complete all these tasks and it’s a good time to kind of measure yourself and what you’ve learned.”

What Abney has learned this time around is that any challenge left neglected will eventually consume you. Life can be tough, but it is always rolling forward.

“You have to fight your battles,” he said, “and even if you lose them, you have to keep moving. That’s something I have to tell myself every day.”

Abney knows his suffering is not special. In 2017, he dealt with the same things countless other people have before and many will go on to experience in the future. It’s not the challenge that makes anyone unique, but what comes from it.

“Everyone deals with these things,” Abney said, “it’s just a matter of how you’re going to deal with it.”