Tens of thousands of music fans in the state and from across the nation will converge on the vast fields and farmland near Pryor for three days of hard rock celebration over Memorial Day weekend.

Rocklahoma is an annual event in which music fans trek to see live the rock bands they heard on cassette — yes, cassette — back in the day. But in the decade since its inception, the music and camping festival has grown to feature an eclectic hard rock lineup of international, national and local acts — ’80s hair metal, ’90s grunge and the rock bands of today still show fans love at Rocklahoma, which runs May 26-28 at the Catch the Fever Festival Grounds near Pryor.

Thousands more will pack their RVs, tents, swamp coolers, grills and sleeping bags to commune at Rocklahoma’s expansive campgrounds during the event. 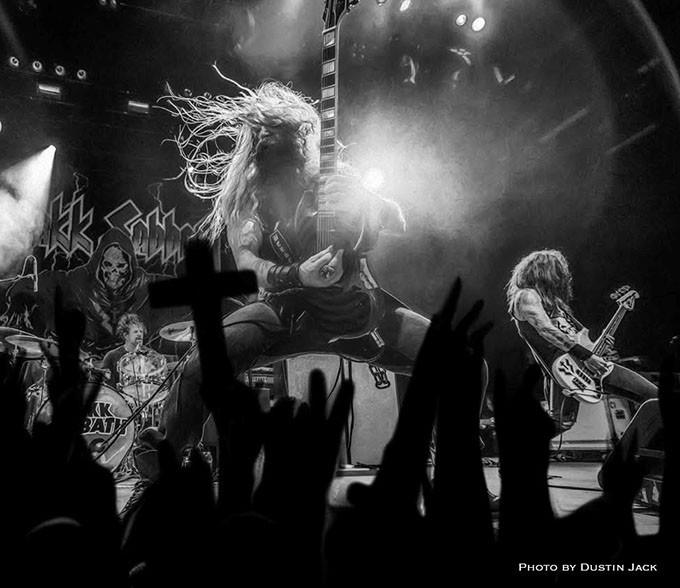 “We try not to be too narrow with the demographic of who we’re targeting. It’s all rock,” said event organizer Joe Litvag, senior vice president of AEG Presents. “Some may classify it all as ‘hard rock,’ but I think that’s a subjective term.”

“There’s a little something for everybody,” Litvag said. “Again, the goal is that people are able to relive some of those fond memories no matter what their age.”

Rocklahoma launched in 2007 as locally organized tribute to ’80s hair-metal bands and was inspired by Cadott, Wisconsin’s Rock Fest event. By 2010, AEG Live was also affiliated with the event and worked to expand its focus.

“When it was just an ’80s hair-band festival, there’s only a certain amount of bands who fit within that subgenre who were worth booking,” Litvag explained. “We don’t want to go completely away from that — I call it the Soul of Rocklahoma, but we had to go wider with who were booking and ultimately with the fans we were attracting. That’s where things turned around.”

While music is the primary focus for guests and organizers, Oklahoma’s sometimes-fickle weather also gets plenty of attention.

“We work closely with local law enforcement and meteorologists on-site who are watching the weather in real time,” Litvag said. “It goes without saying that the weather in Oklahoma in May can potentially be unpredictable.”

In 2008, a storm let loose over the festival site, causing a 2 1/2-hour rain delay. On-site meteorologists alerted festival organizers, who evacuated thousands of fans from outdoor stage sites as 65 mph winds and heavy rain collapsed two of the venue’s side stages.

“In just three minutes, we went from rain showers to a storm that I have not seen in my 30 years,” Rocklahoma’s onsite weather expert Mike Orange told The Oklahoman at the time.

“We have a complete safety and emergency plan,” he said, citing safety and fun first.

For Litvag, the biggest reason to attend Rocklahoma is “experiencing new music and reliving those memories for the acts that you love, but the sense of community from making new friends and meeting new people is really what makes this festival special.”

Note: Campgrounds open noon May 21 and close noon May 30. Learn more about campgrounds, facilities and pricing at rocklahoma.com.