Muslim Oklahomans continue celebrating Ramadan and repelling hate with love amidst growing Islamophobia across the world. 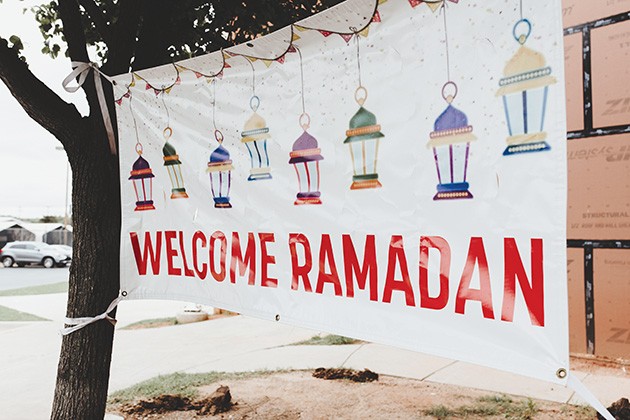 Ramadan is considered the holiest month in the Islamic calendar, a month of high spirituality in which Muslim people fast and focus on reflection and growth. But following several hate crimes in Oklahoma City and violence in mosques and other places of worship around the world, some feel a bigger sense of uneasiness than they have before.

“To be completely honest, I have not felt at ease since the 9/11 terrorist attacks. Since then, I have gotten countless remarks about the color of my skin, my faith and everything you can think of,” said Qazi Islam, ImagelineStudios CEO. “Unfortunately, these remarks have gotten much worse throughout the years due to all the increase in the recent acts of terrorism being committed in the schools, concerts, mosques, churches.”

May 5, the day Ramadan began, protesters from Arkansas stood outside Grande Mosque of OKC, holding an American flag, eating meat and livestreaming their demonstration on Facebook. One protester even dressed as bacon and held an “Eat me” sign.

Adam Soltani, executive director of Council on American-Islamic Relations Oklahoma (CAIR-OK), said in a statement that the Muslim community will continue to exercise its right to worship freely and would not be deterred. He told Oklahoma Gazette that white supremacy is the root of Islamophobia and other types of discrimination, along with money funding anti-Muslim special interest groups.

“[White supremacy] is a problem that continues to permeate throughout our society today, and we see that. We see that in the killing of unarmed black men and women. We see that in the treatments of Hispanics and Muslims and Native Americans,” he said. “So that is an issue that I think, as a country, we have not yet dealt with, and until we deal with that and we deal with the fact that there is money and resources that are funding and supporting all this hate, we’re not going to see a resolution to the Islamophobia and the hate targeting the Muslim community.”

At the beginning of Ramadan, the national CAIR organization released Hijacked by Hate: American Philanthropy and the Islamophobia Network, a report that maps the flow of funding from philanthropies and charities to anti-Muslim groups.

“There are approximately 1,100 faith-based charities, family foundations and commercial foundations that have granted a total of $125 million, which is a lot of money, to 39 anti-Muslim groups over a period of three years — 2014 to 2016,” Soltani said.

Oklahoma City Community Foundation (OCCF) is listed as a funder of the Islamophobia network, “a close-knit family of organizations and individuals that share an ideology of extreme anti-Muslim animus and work with one another to negatively influence public opinion and government policy about Muslims and Islam.”

“Our policies ensure that grants recommended by our donors through their donor-advised fund are made only to qualified 501(c)(3) charitable organizations for charitable purposes that meet the IRS criteria for a tax-deductible gift,” wrote OCCF in a statement to Gazette. “Ultimately, it is the responsibility of the IRS to determine which organizations are qualified nonprofits. If the IRS were to change the charitable status of these organizations, we would follow their guidance in our grant procedures. However, grants that are recommended by donors from their donor-advised fund in no way reflect the values or beliefs of the Oklahoma City Community Foundation.”

According to the report, donors exploit charities and philanthropies to funnel money to anti-Muslim groups like American Center for Law and Justice (ACLJ), David Horowitz Freedom Center, Clarion Project and Act for America.

“One of the key points is that those funds are used to lobby Congress and state legislators to pass anti-Muslim laws and policies,” Soltani said. “We’ve seen that in Oklahoma, 2010 with state question 755 anti-Sharia law. To interfere in and falsify school curricula. So we’ve seen that throughout the country, where groups have tried to basically remove ... completely any mention of Islam from textbooks; they just wanted it gone.”

Another way those groups affect public opinion is through anti-Muslim demonstrations. Soltani said the May 5th demonstration was just one of countless examples. CAIR’s Muslim Day at the Capitol, a legislative advocacy event, always draws anti-Muslim protesters. In fact, Soltani said they have seen a particular man at several events throughout the years.

“He’s from Indiana, yet he’s shown up in Oklahoma since 2015. He’s probably shown up about a dozen or more times,” Soltani said. “How does this individual get money to travel and to do these things? A lot of times, we see protesters at events in Oklahoma, and they’re from out of state. So this money is going to organize and promote these anti-Muslim demonstrations and promote prejudicial and false media content. And we see that all the time, whether it be on social media or in the actual media. They’re, they’re using this money to gain power in these areas, and obviously, politics, education and media are three of the key areas of influence in our country and probably throughout the world.” 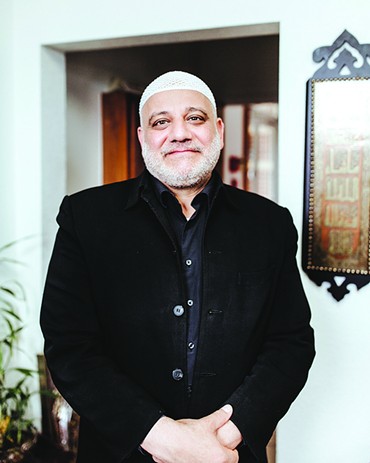 Imad Enchassi, imam of Islamic Society of Greater Oklahoma City, said Muslims have felt a sense of discomfort in America for a long time but the New Zealand shootings felt like the climax.

“You see some people asking, ‘What is our security measures?’ We always have security measures regardless; after New Zealand, we tightened that even more,” Enchassi said. “We do have police officers in all our major services, and we also have internal mechanisms from cameras to internal security.”

Islam said he has mixed feelings about the increased security at his mosque because it does make him feel more safe, but it also saddens him that is what they have to resort to in order to simply practice their faith. Soltani said this year is markedly less comfortable for the Muslim community than in the past, but he is hopeful things will get better.

“It unfortunately does make people feel a bit uneasy and not as comfortable because all my life or at least for the last 17 years of my life since I’ve been practicing Islam, I’ve gone to the mosque and found it to be a safe space, a safe space where I can go and it’s just me and God and I can be vulnerable with my shortcomings and my challenges, but now you don’t even feel safe,” he said. “You think twice when walking in the door, you look over your shoulder a bit more, you’re more concerned if you see something or someone that looks a little suspicious.”

CAIR, which tracks instances of Islamophobia across the country, has released several reports showing that Islamophobia has become more and more common in recent years. Enchassi said the reason is because President Donald Trump validates that kind of hatred.

“We have numbers that back that up; Islamophobia and anti-Semitism is at an all-time high. Islamophobia is higher by numbers — violent incidents, attacks and so forth — than [it was in] the aftermath of 9/11, and that ought to tell you something,” Enchassi said. “It is definitely the rhetoric. People have found a validation in the political rhetoric from the highest office.

“I learned, A, to expect that and, B, to repel hate with love. When I was denied to pray at the state Senate by an Islamophobe representative, I had a 99.9 percent chance to sue and win the lawsuit, but I chose not to. And by choosing not to, it resonated with our current governor, and he invited the interfaith community, we went there two weeks ago. He invited the interfaith community to go sit down and have a conversation. The thing is, repelling hate with love is a formula that was given to us by the prophet.”

“Positive education would lead to a positive attitude, but the deal is sealed by positive relationships,” he said. “Statistically, Islamophobia can be lessened and even eliminated when people meet Muslims. … Relationships; that’s what we’re all about. We are a grassroots operation that feed the poor, take care of the hungry, stand up with other minorities, stand up for what is right.”