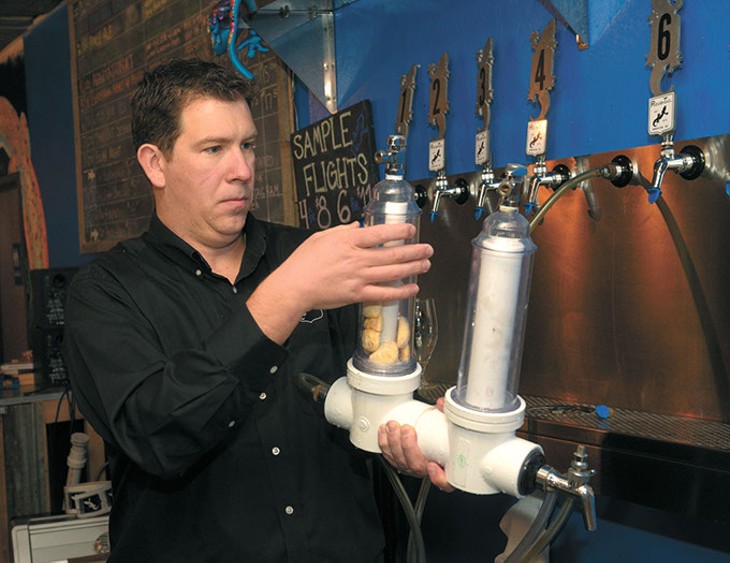 Roughtail Brewing Company cofounder Blaine Stansel is no stranger to tasting beer. In fact, it’s one of the best parts of his job.

The task got even tastier when he teamed up with Girl Scouts of Western Oklahoma to find the perfect brews to accompany the scouting organization’s famously popular treats.

Stansel said he tried to match cookie ingredients with those in the beer, either with complementary tastes or contrasting ones that highlight flavors.

“Some of the more fruity beers work well with lighter flavors, while the darker beers, which are heavier, go with a heavy cookie,” he said.

That’s how he put the rich imperial stout One Trick Pony with Samoas. The coconut and caramel confection is finished with stripes of dark chocolate, which can hold its own with the cocoa nib and vanilla bean-infused beer.

One Trick Pony is only available on draft or in growlers at the brewery, 1279 N. Air Depot Blvd., Suite 10, but it’s worth a drive to Midwest City. 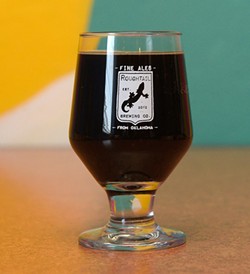 The beer is almost pitch-black and has a smooth, roasted flavor that brings out the sweetness in Samoas. And at 9.0 alcohol by volume (ABV), it’s definitely a drink that is best enjoyed when you don’t have to be anywhere soon.

Stansel said the pairing of lemony Savannah Smiles with the brewery’s citrus-focused Everything Rhymes with Orange IPA was so easy they were pairing them a year ago in the tap house. Orange and lemon are complementary flavors, so the crew used a machine called a Randall to run the beer through some Savannah Smiles, infusing their sugary taste in the glass. 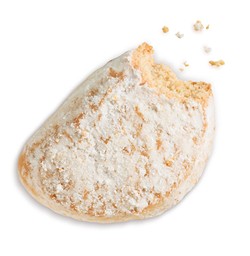 The half-moon cookies are dusted with powdered sugar, which helps cut through some of the IPA’s hoppy bitterness, as well.

Adaptation has a crisp, hoppy bite that S’mores cut into with a burst of chocolate and marshmallow sweetness.

This year is a big one for Girl Scout cookies, especially in the Sooner State, said Misti McClellan, Girl Scouts of Western Oklahoma public relations and communications specialist.

After all, an Oklahoma Girl Scout troop launched the now-famous sales.

“What started as a little idea from a girl in Oklahoma is now the largest girl-led business in the world. Pretty stinkin’ cool,” McClellan said. “The girls in the Mistletoe Troop in Muskogee had an idea to fund their community service project. They baked cookies and sold them in their school cafeteria to raise funds that they used to buy Christmas bags that they sent to  the Oklahoma soldiers stationed in Camp Bowie, Fort Worth, Texas.”

The business really took off in 1935, when “Girl Scout Cookie” first appeared on boxes.

In the next few years, commercial bakeries began to help bake them to keep up with a growing appetite.

Today, two bakeries make Girl Scout cookies, which is why different parts of the country have different names and sometimes recipes for the treats. Girl Scouts of Western Oklahoma uses Little Brownie Bakers.

McClellan said S’mores cookie sales are strong with some troops reloading supplies just a few days into the season, which began Feb. 3.

“We’ve had girls who have already beaten their goals and are hitting their stretch goals,” she said. “Everything is firing at 100 percent this year.”

They also raise funds to provide financial assistance to girls who couldn’t otherwise afford to be Girl Scouts members.

“I know we have one troop who has been saving their troop proceeds the last few years, and their goal is that with this year’s earnings, they will all go to Savannah to the birthplace of Juliette Low and Girl Scouts,” McClellan said. “We have another troop using their troop funds to travel to our national convention in Ohio in October.”