Family-owned Fire Leaf dispensary is on a rapid-growth trajectory. 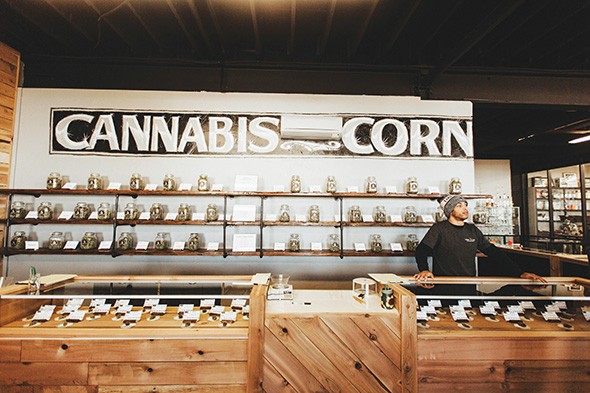 The Doolittles have been running family businesses in Oklahoma for more than half a century and have quickly made a name for themselves in the state’s newest enterprise.

Tyler Doolittle is the majority partner in Fire Leaf, a chain of medical marijuana dispensaries.

He is joined in the venture by father Jimmy and sister Cassi as well as Ben McHuen and Paul Stanley.

“I am about a third. The rest of them are about 18 or 20 [percent], somewhere in there. ... All the licenses are under just my name,” he said. “I watch over everything, making sure everybody has the proper tools to do what they need to do efficiently — the hand shaker, the deal maker, basically, trying to oversee everything. And my dad does all the construction stuff and making sure all the stores are getting built out, Cassi runs all the stores, Ben is the grower and Paul does all the compliance issues.”

Before cannabis, they were known for Doolittle Sweet Eats, which has been operating at the fair for 55 years.

“We’re the largest contract holder at the State Fair of Oklahoma, and we’ve done food out there forever,” Tyler Doolittle said. “Consequently, there were a few people in that industry that said that they were thinking about getting into this. We decided that we were just going to start small and maybe open a store or something, and it slowly turned into a bigger situation, and we’ve seen an opportunity and just being at the forefront of it; we liked our chances.”

March 1, Fire Leaf opened its newest facility in Stockyards City, 2501 SW 15th St. The back wall of the dispensary has a cut-out area in the wall — currently covered by wood — that will be filled with glass, allowing visitors a glimpse of a 1,000 square-foot grow.

It’s only a small sample of the cannabis plants Fire Leaf is cultivating. The rest are housed in a larger facility that is still under construction nearby. That operation will supply all of its stores, but Fire Leaf will not be exclusively vertically integrated.

“That wouldn’t be fair to the patients,” Tyler Doolittle said. “We want to have our stuff, plus we want to have the variety. There’s going to be some great growers that show up, and I want everybody to have that.”

“In the stores, if our customers have requests or whatever, we always like to write that down and try to meet that need,” Cassi Doolittle said, “and if we don’t have that growing, we already have those relationships with other growers.”

The Stockyards building has been in the Doolittle family for nearly a half a century. Tyler Doolittle ran a storm shelter business from the building after his grandfather retired. That company has relocated, and the building is about to come full circle to its original purpose.

“It’s been here since 1970,” Tyler Doolittle said. “My grandfather opened it up as an extract company. It was called Western Extracts. That’s also one of the names we’re going to make extracts under.”

Where they once made commercial-grade food extracts for companies like Sonic, they’ll now make patient-grade cannabis extracts in a glass-enclosed kitchen where patients can watch edibles, concentrates and other products be made.

"We’ve seen an opportunity and just being at the forefront of it; we liked our chances."—Tyler Doolittle tweet this

“We call this our show kitchen, so people can come in here and get educated and maybe make people feel more comfortable. ‘Hey, there’s some regular people out here cooking in the kitchen,’” Tyler Doolittle said. “We hope to do classes too, to show people. We brought in a chef; his name’s Jeremy Cooper — he’s renowned all over the country — and he’s here right now and he’s setting everything up. He’s helping to educate and bring some information and knowledge from different areas, from the Washington area.”

In addition to the central Stockyards location, Fire Leaf has two other Oklahoma City dispensaries, 8017 W. Reno Ave. and 7876 S. Western Ave., as well as one in Norman.

“We opened Reno and Western within a day of each other, and then I want to say we opened Norman probably about three weeks later,” Tyler Doolittle said.

A month later, the Stockyards location is open, but construction on the building and parking lot are still ongoing. Once completed, they anticipate hosting a number of patient drives there.

The chain of dispensaries is also still rapidly expanding, with two more soon opening along May Avenue in Oklahoma City on opposite sides of the city at 9606 N. May Ave. and 2810 SW 104th St.

“We have one that we’re going to open in Guthrie and one on Britton Road,” Tyler Doolittle said. “We’re hoping in three weeks to be opening the one on North May, and then we’re going to try go about every three weeks. We’ll go probably the South May, then the Guthrie then probably the Britton. ... The Guthrie location needs a lot of work, and I’m not 100 percent sure where it’s going to fall in the lineup.”

All of the Fire Leaf dispensaries and facilities are owned by the Doolittles and partners McHuen and Stanley. None of them are licensees or franchises, Tyler Doolittle said.

Based on recent tax figures, the Doolittles think they have captured about 10-15 percent of the total medical cannabis market to date, Tyler Doolittle said.

Cassi Doolittle said they have about 30 employees between the four dispensaries. She tends to hire employees who have done their research on cannabis or have taken some sort of training course and aren’t just looking for another job. 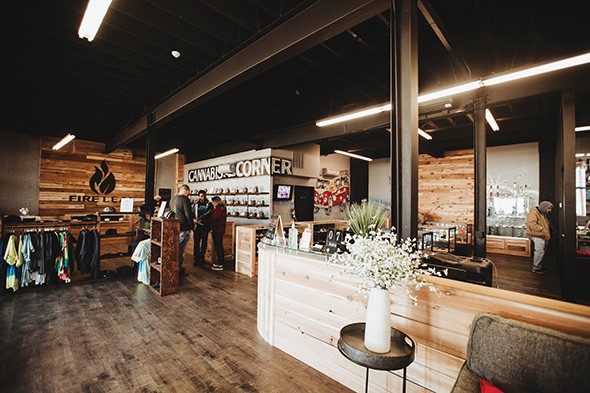 “If you’re passionate about what you’re doing, you’re always going to do a better job and really work to, at the end of the day, help the patient with their needs,” she said. “You’ll never know it all, but it’s amazing how much information is out there. I did not expect it to happen in Oklahoma this quickly. I kind of thought it would be a trickle effect and we would be one of the last states, but I’m really glad it is because on a daily basis in my stores, I see how it’s affecting people’s lives, and I see how much difference it’s making.”

“I would just like to say that I’m really proud of our state. We’re progressing faster than anybody anticipated, and all that says is that the vote, the way it came out, is really what the people wanted and it’s obviously showing,” Tyler Doolittle said.