Running gaining in popularity around the metro area 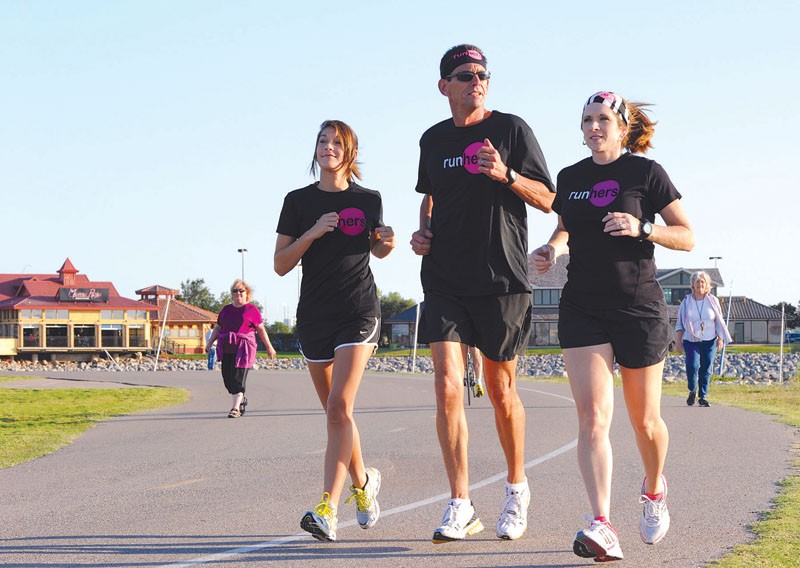 Whether one drives, walks or runs down the metro area streets, they might notice herds of men and women in an assortment of colorful running gear on the roads. That is because five-kilometer runs, mud runs, color runs and most other types of “uns” and marathons are on the uptick.

Five-kilometer runs are gaining popularity thanks to unique events and training programs to help even the biggest sofa spud get active. There has been a 17.5 percent increase in them nationally between 2011 and 2012, according to runningusa.org, a website devoted to advance the growth of the running industry. Nontraditional races, such as mud runs or color runs, have also shown a dramatic increase, with more than 4 million finishers in 2013. Sixty percent of those who participated in a nontraditional run had never ran in a 5k before, according to the RunningUSA website. Half-marathons and marathons had a record high 2.5 million finishers in comparison.

Kidder is the managing director of Hers Projects, a local nonprofit organization that helps women develop and cater healthy habits to fit their lifestyle.

Kidder questions the sustainability of nontraditional runs because these runs are not timed and have no winner. Kidder also notes that the novelty of these runs might wear off sooner other than later.

“For me, if it gets 56-year-old Ed or 17-year-old Cindy, who are basically inactive ... off the couch, then maybe that is the spark they need,” Kidder said.

Another way running is experiencing a growth in popularity is through programs designed to slowly introduce people to the sport.

Kidder’s RunHers program has a “Couch to 5k” plan. Jon Beck, who owns Red Coyote Running and Fitness with his wife, Burke, offer a program called the “Newbie Running Program.”

“It is hard [to start running],” Beck said. “The biggest reason is people run too hard or too fast the first time.”

The new runner programs by Red Coyote, RunHers and others aim to gradually introduce aspiring runners to running. Red Coyote’s program takes place over nine weeks and slowly teaches people to run, which makes running more accessible to the average person and subsequently helps encourage the growth of the sport, Beck said.

Beck has also seen a growth in the number of events offered. In 2012, there were approximately 15,000 5K events and 6.2 million 5K race finishers nationally, according to runningusa.org. While running’s rising popularity might not last forever, both Kidder and Beck agree that any increase in physical activity is a good thing for Oklahomans.

“[Oklahoma] always falls on those unhealthy or fattest lists,” Beck said. “I think it is changing.”