Russell Westbrook asks Why Not?, helps children through foundation 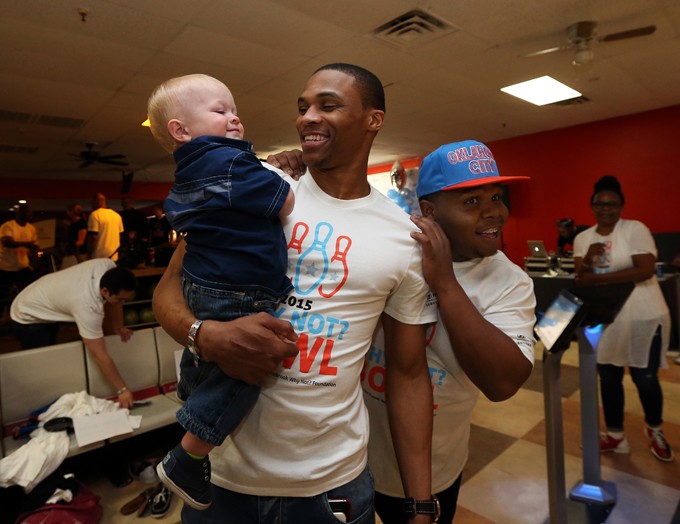 Unlike his on-court persona — which often combines intense emotion with breathtaking feats of athletic ability — Oklahoma City Thunder superstar Russell Westbrook was all easy smiles and good times during the fifth annual Why Not? Bowl held at AMF Boulevard Lanes in Edmond on April 9.

The charity bowling event benefitted the Russell Westbrook Why Not? Foundation, which works to help children who face hardship of any kind. People from the Oklahoma City community, Los Angeles and as far away as Hong Kong gathered to support the foundation’s programs like Russell’s Reading Room, a literacy initiative, and Russell’s Reading Challenge, which encourages local students to make daily reading a priority. 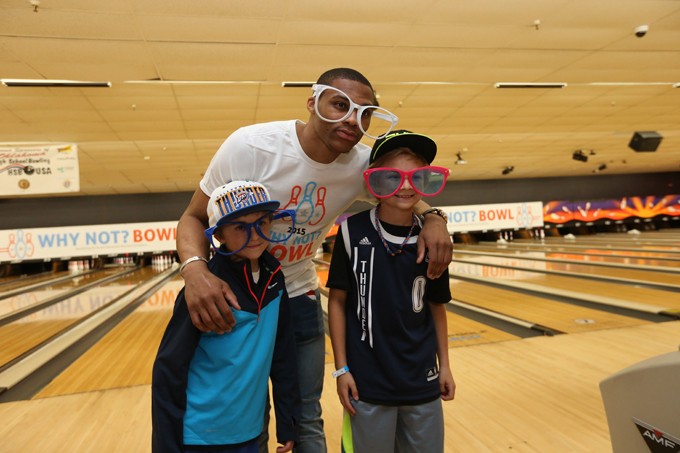 “It’s exciting to be able to bowl for a good cause and get a chance to get out of the house and have some fun,” Westbrook said. “When I first started my foundation, we kind of sat down and had a plan, and to see it unfold is a blessing.”

Founded in 2012, the foundation supports community-based education and family service programs while encouraging youth to believe in themselves. Growing up, Westbrook and his brother were taught to ask “Why not?” every time they were told they could not do something.

“It’s something me and my buddies came up with growing up in LA,” he said. “We tried to find a way of saying something that encouraged us and obviously could encourage other people across the world.”

“A lot of people don’t get to see his off-the-court side. All they see is his passion for the game and his on-the-court things he does,” Roberson said. “He’s such a caring and giving person, and we all feed off of that. We just want to give back as much as we can.”

Russell’s Reading Room provides Oklahoma City children access to books and a safe environment to read in. Each room is filled with 1,200 books for all ages. Since October 2014, Oklahoma City Public Schools students who have participated in Russell’s Reading Challenge have collectively read more than 380,000 minutes.