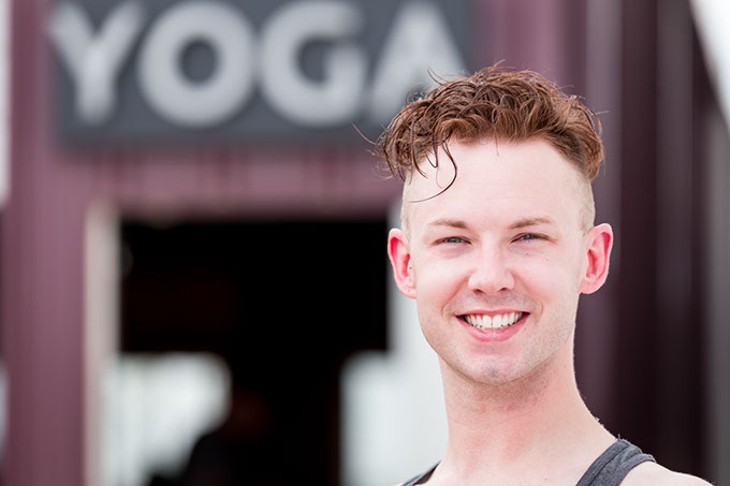 As Miss Gay Oklahoma America 2016, Ry’lee Hilton stresses the importance of the “man behind the makeup” when selecting a Miss Gay USA titleholder.

Hilton is the pageant alter ego of Hidden Dragon Yoga instructor Ryan Tigner, who was recently awarded a Citizen Hero Medal by Oklahoma City Emergency Medical Services Authority (EMSA) after saving the life of a man in one of his classes.

The instructor called 911, and a dispatcher coached Tigner through chest compressions as an ambulance rushed to the studio. Tigner had earned CPR certification in the past and said his training rushed back to him during those intense moments.

EMSA responders revived Zaizar, largely thanks to Tigner’s quick actions. Zaizar is in good condition after the scare.

While some labeled Tigner a hero, he emphasized that the emergency response crew deserves most of the credit.

“I truly believe they’re the heroes in all of this,” he said, “because they’re the ones who made sure my friend didn’t die.” 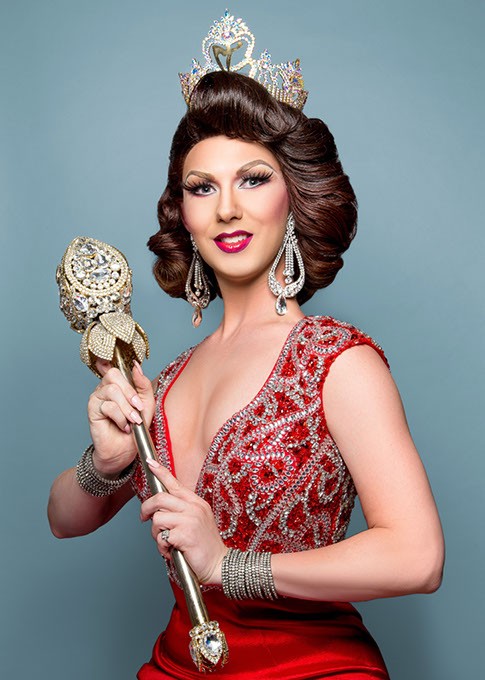 When he isn’t teaching yoga (or helping save a life), Tigner dazzles audiences and judges as drag performer and pageant queen Ry’lee Hilton. Tigner has danced for years and has always loved performing.

Several years ago, while in between jobs, Miss Gay Oklahoma America 2014 Renee Hilton convinced Tigner he should compete in pageants.

Drag culture fosters close “family” ties as longtime performers mentor those coming into the scene. The Hiltons share a last stage name, but Renee and Ry’lee are only a year apart in age and longtime friends outside drag. Tigner said Renee and Ry’lee consider themselves sisters.

“We always correct people on that,” Tigner said. “No, I’m not her daughter; I’m just her sister.”

“It was one of these really magical moments that took place, and I couldn’t stop crying no matter how hard I tried,” Tigner said. “It was just very overwhelming, very emotional.”

Tigner was asked to become a yoga instructor around the time he began seriously pursuing pageant work. He has practiced the discipline of yoga for five years.

Tigner was a Hidden Dragon student when the studio owner, also a good friend, told him she was launching a teacher-training program and he would be in it. He told her he wasn’t interested; she didn’t listen.

Tigner said he didn’t expect how much of an impact teaching would have on his life. In January, he became a certified instructor.

“It’s a wonderful experience; I absolutely love teaching,” he said. “It’s one of those things where every now and then, you can see it click with somebody. You can fix someone’s posture over and over and over again, and then you see when it really clicks and they’re like, ‘Oh my gosh. I get it.’”

Tigner said yoga helps him relive the athleticism he enjoyed as a dancer without as much wear and tear on his body. Yoga’s meditative discipline also helped clear his mind, and he’s more comfortable sharing his emotions. Tigner said he appreciates the value of life’s relationships more than he perhaps ever has before.

Zaizar and Tigner have talked to each other since Zaizar’s medical scare. Few people experience a friendship-building experience quite like theirs.

“I think they’re lucky not to have that,” Tigner said. “But at the same time, I think I’m far luckier to have that bond with him.”

Tigner said he isn’t a hero. He said he reflects on what happened and knows he was lucky to be around when someone needed help. He hates to think what might have happened if Zaizar hadn’t come to class that day.

Tigner said he wants his story to spotlight a humanity and community-building commitment that pageant participation fosters and supports.

“To me, this is a great pairing of the man behind the makeup [with the Miss Gay Oklahoma organization],” he said.