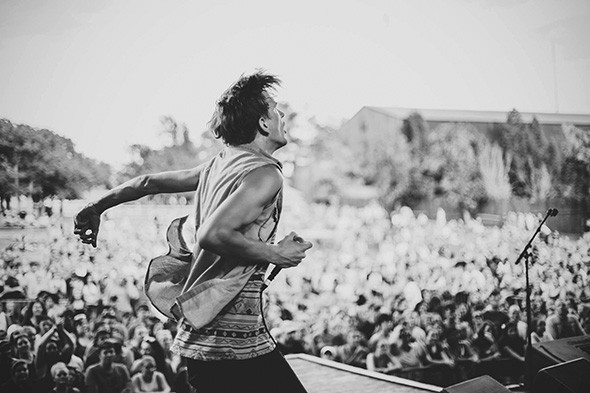 Evan Crowley, aka Saint Loretto, recorded his debut, Depth / S in his home, but following a divorce, he began recording sophomore album Passage / S in someone else’s.

“A friend lent me a place to stay, a house that was being remodeled,” Crowley said. “So I stayed there, and I started recording this record there, but the house was kind of in shambles. The floor was completely unfinished in most of the rooms, and we didn’t have a working kitchen or anything like that, but I was trying to save money, as you do. I was doing all my demos for the record out of this place, and I was sleeping on an air mattress, and I sort of had my clothes in a pile and my guitar stuff and some recording stuff. It was really not an ideal recording spot, but I was going through a lot at that time, and it was a really good place to be alone and get a lot of time to work on my music."

Crowley, who moved from Oklahoma City to Austin in 2017, returns to celebrate the release of his latest album 9 p.m. Friday at 51st Street Speakeasy, 1114 NW 51st St. Recording Passage / S, released March 29, gave Crowley a much-needed focal point during a difficult transitional period of his life.

“It really helped me to have that outlet,” he said. “I think it was something to sort of pour myself into that I wouldn’t have had otherwise. I would have just been sort of caught up in all the things that were happening and all that.  I tend to be a bit of a workaholic, so if I can sort of explore what I’m going through in my work and stuff like that, it helps me process it in a little bit healthier of a way, I guess. Not that being a workaholic is a good thing, but I mean, rather than sulking about, I was able to sort of go through that process. And I think I was able to come out on the other side probably better than I would have if I wouldn’t have had this to turn to as a conduit. I don’t think any divorce is easy. I think I just sort of struggled because I really didn’t know what I was going to do next because I had lived in Oklahoma City for 15 years. … I think there was a lot of fear in me because I didn’t really know where else to turn besides music at that point.”

Making music might have been a healthy outlet, but recording demos and processing the end of his marriage in an unfinished house was not exactly enjoyable.

“The recording process for all this stuff, it felt like it took forever, for sure,” Crowley said. “It sort of just began and started happening and coming out of me. Not that I wasn’t thinking or doing things intentionally, but it just seemed to come very naturally, and I think I was sort of in shock. … I was in a dark place, and I was just working through my issues. I learned a lot about myself through the relationship that I was in and learned that there was a lot of unhealthy things that I had done.”

“I was able to go back and re-record some of the stuff that I wanted to sound better, so that allowed me a lot more capability as far as what I was able to do with it, but I still ended up keeping a lot of the original work on the demos,” Crowley said. “There’s still a lot of that at the heart of the songs.” 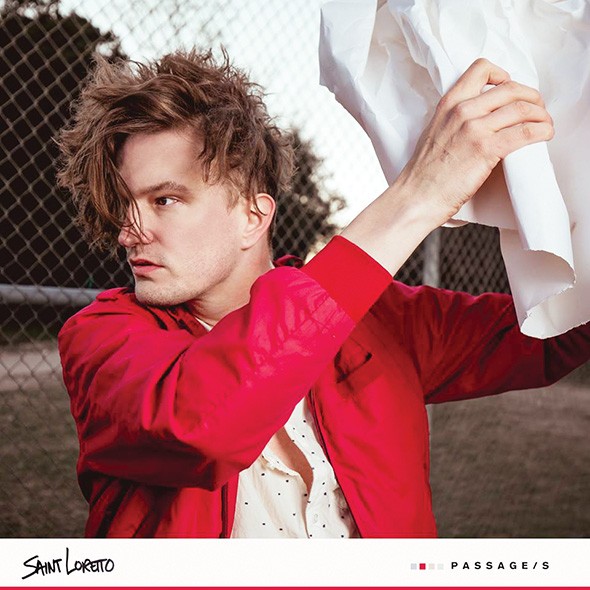 Tyler Garcia at 33rd Street Studio, who mixed Depth / S, returned to the role for Passage / S. While Crowley, who previously played in the band Paperscissor, did almost everything else for his first album as Saint Loretto, he said finishing its follow-up was decidedly more collaborative.

“That’s been really therapeutic for me, as well, because after going through a lot of big changes, I think a lot of us, our comfort zone is to sort of cling to that which is familiar and sort of close ourselves off, and so I really just didn’t want to be pushing myself further into a situation where I was wanting to do everything on my own all the time.”

More than a week after its release, Crowley said he was still processing the album’s full meaning.

“I think the feelings really came later, as I was finishing the record,” he said. “As I was doing the final vocal takes on the songs and polishing things up and I began to actually listen back, objectively, to some of the songs, I felt bad. I didn’t even realize how emotional some of the lyrics were because they had come so naturally during the writing process.”

“Sometimes when I’m performing them, I feel like I’m experiencing them for the first time,” Crowley said. “We didn’t perform them a lot before the record came out, so once the record was sort of, like, real and all of the things that I had worked on were real and the band was learning the songs and we’re getting together and hearing how it sounded live, it was just like a punch to the gut. … Putting pen to paper and the space between that and what you finally see at the end of it, it’s just such a big process. Sometimes you’re not really thinking just how impactful seeing it will be or hearing it will be.”