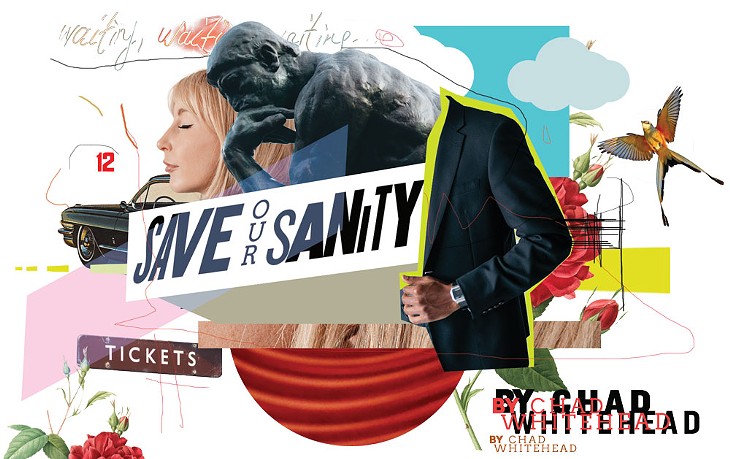 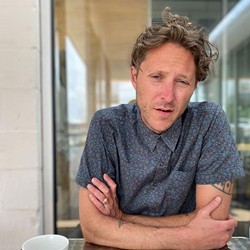 The concert business is a tricky one. The risks are intimidating and you’re only as good as your last month of shows. It takes a unique set of wild-eyed professionals to cut it in this business, and I’m proud to count myself among them. Bringing Tower Theatre to life with our team has been my greatest honor. Keeping it going through a pandemic has been my hardest labor.

We all have memories of those early days of the pandemic, especially the one when “OKC” and “COVID” were in every newscast across the country. Our calendar fell apart. Months of work, gone by the end of the week. Instead of a weekend of sold-out shows, it was a quick succession of cancellations and reschedules. And the worst memory of all: giving our staff the terrible news that Tower Theatre was going dark. No shows meant no work. The majority of our staff was relegated to food pantries and the unemployment line through no fault of their own.

Weeks before, I had been in New York City meeting with agents, lining up what would have been Tower’s best year yet. Artists like Tig Notaro and Kamasi Washington were selling out Tower Theatre. More big names on the schedule quickly became ghosts. Agents had been laid off, tour busses decommissioned. Everything was in limbo.

Over the summer, awkward questions dropped off into uncomfortable silences. The Paycheck Protection Program, shout outs on social media, merch sales and the City of OKC’s venue-specific grant kept us tethered to the slim chance that we could survive. Publicly, we kept a stiff upper lip lest the bank get nervous and ticket holders get antsy. Privately it was a game of Frogger trying to avoid financial death. Hope was our medicine, but it was also our poison.

The show must go on! Modifications were made to the HVAC, seats were removed and Tower’s capacity reduced to a trickle. In September we brought back a handful of small live shows: symbolic victories that meant a lot to the team and community, but did little to solve our financial situation. Those shows were short-lived, and as the infection numbers skyrocketed, we canceled the remainder of our tattered calendar.

As the holidays approached, our last hope was the Save our Stages grant program. When the pandemic started, independent venues banded together in a grassroots lobbying effort that made its way to Congress. Music fans across the country contacted elected officials on our behalf. Congresswoman Kendra Horn co-sponsored that legislation and, against all odds, Save Our Stages made it into a relief package. $15 billion dollars was earmarked for venues in late December 2020. Tower had a path forward, and rescue was on the way. Or so we thought.

As winter turned to spring, we waited and watched, expecting the venue’s grant to move as quickly as other relief programs had. Instead it was radio silence from the Small Business Administration, who had been tasked by Congress to execute the venue grant. Gaming our cash flow became a weekly puzzle. A fresh round of PPP brought relief, but by May, many on our remaining team volunteered to skip or reduce their paychecks. We were announcing concerts for the fall, but didn’t have the cash to advertise those shows, pay deposits or rehire staff.

Finally, the program launched. My partner, Stephen Tyler, had spent days collecting the required data, over 150 separate documents, to prove that Tower was a venue and that we had suffered catastrophic financial losses. We were ready to apply the minute the portal opened, which is also the moment the application site crashed. By lunchtime, they had scrapped the portal altogether and independent venues across the country were back in the dark. As emotional and stressful as 2020 had been, early 2021 was far worse. So many sacrifices had already been made to stretch us to this point and we were out of options.

Finally, on Friday, June 18, about 3 p.m., Tower Theatre received word that we had been awarded our grant, more than a year after we ran out of money. By Tuesday of the following week, the grant money finally hit our account. No more wondering, no more waiting: for the first time in over a year, Tower Theatre could look toward the future with confidence.

We’ve all endured sadness and isolation beyond what we thought we could bear. I’ve heard from so many friends who miss live music because it offers relief and helps us process those pains. Venues were the first to close and the last to reopen, and we’re saying thank you with a month of free concerts at Tower Theatre and Ponyboy. Please join us from July 16 to August 7 for Don’t Call it a Comeback. We can laugh, cry, commiserate and enjoy live music together again. See the lineup, RSVP and get your free tickets at www.towertheatreokc.com and please … Don’t call it a comeback!