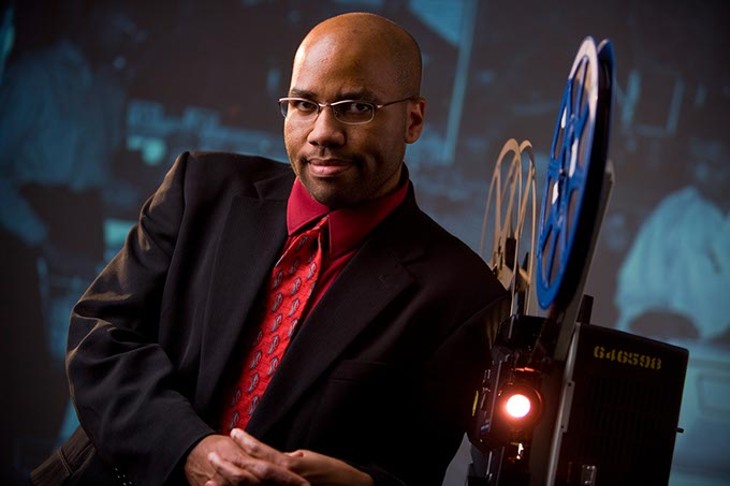 Dr. Christopher P. Lehman is full of knowledge and is sharing it with the world through his newest book, Power, Politics, and the Decline of the Civil Rights Movement: A Fragile Coalition, 1967-1973.

A social historian, professor and avid author of multiple books, Lehman grew up in Edmond, Oklahoma, and wrote about how factionalism and government sabotage reduced the efforts of the major African-American organizations in the late ’60s and ’70s in his newest endeavor.

Lehman has an impressive resume. He graduated with honors and earned a bachelor’s degree in history from Oklahoma State University in 1995. He attended the University of Massachusetts and earned a master’s degree in history in 1997 and a Ph. D. in Afro-American studies in 2002. In addition, he spent the summer of 2011 at Harvard University as a visiting fellow of the W. E. B. Du Bois Institute for African and African American Research.

“I started as a doctoral student in African-American studies at the University of Massachusetts in Amherst,” Lehman said. “During that time, I served as an assistant for the course A History of the Civil Rights Movement. The instructor was a veteran of that movement, and my interest in the movement’s history deepened as I listened to him alternate between textbook information and his personal anecdotes about the events.”

One story that stuck out to Lehman in particular was about Student Nonviolent Coordinating Committee (SNCC) students drinking Maalox during Freedom Summer in Mississippi in 1964. These students were under such great strain from resistance to their efforts at desegregation that it gave them ulcers even though they were only in their 20s.

Lehman was motivated to write the book after his summer of researching the movement at Harvard.

“The groups have rarely worked together since 1974,” Lehman said. “They were not that cohesive before then, but they put up a public united front for a long time. The fissures became more public when the groups disagreed about the ‘Black Power’ phrase in 1966, and the following year they further split on whether to oppose President Lyndon Johnson’s handling of the Vietnam War. The groups eventually came to a consensus on both issues, but infighting in the movement and sabotage from the federal government permanently split the movement by late 1973.”

Lehman said ending segregation was a goal the groups had in common. After that legally happened through the Civil Rights Act of 1964 and the Voting Rights Act of 1965, unifying issues were harder to come by.

The time period between 1967 and 1973 was something Lehman wanted to specifically cover. Most books he has read on the movement stop at the late 1960s, especially with Rev. Dr. Martin Luther King Jr.’s death in 1968. He wanted to write a book that showed how the movement continued in a slow decline into the 1970s.

Lehman was able to complete the book in two years, and Praeger published it the following year.

“I try to complete one page of work each day after starting a project, whether I write a page or edit a page,” Lehman said.

That steady dedication has led to multiple published books in past years.

Power, Politics, and the Decline of the Civil Rights Movement: A Fragile Coalition, 1967-1973 is obviously not Lehman’s only book.

The Colored Cartoon was honored by the Association of College and Research Libraries as an outstanding academic title in 2008.

Lehman grew up in Edmond but relocated to Minnesota, where he teaches at St. Cloud State University. Lehman is a professor of ethnic studies and coordinates the African-American studies minor and is the former faculty adviser for the campus’ Council of African American Students.

According to Lehman, Minnesota and Oklahoma are actually very similar. Of course, Minnesota is colder in temperature and more politically to the left, with more Scandinavian and German influences, but otherwise, Lehman said the two states are comparable in look and industry type.

“As one of very few African-Americans and even fewer African-American children in Edmond between 1976 and 1991, I knew even in my childhood that I was educating people about African-Americans just by how I conducted myself,” Lehman said. “I made several acquaintances and some friends across the color line, but my ethnic difference was in the back of my mind.”

Lehman’s father is also a professor at the University of Central Oklahoma and inspired him to pursue his academic career path.

“I saw how my father worked in the classroom and had plenty of time to spend with the family each day,” Lehman said. “I wanted to be able to do the same for my own family.”

When not writing books, Lehman continues to enjoy learning about the antebellum era and the 1970s. When he isn’t deep in the world of academia, he enjoys watching old television sitcoms, reading books and fishing in the Mississippi River.

Lehman is thankful for his experiences and ready for the next chapter, whatever that might contain.

“I have had a great academic journey up to where I am now, and I look forward to challenging myself with more academic projects in the future,” he said.

His book Power, Politics, and the Decline of the Civil Rights Movement: A Fragile Coalition, 1967-1973 is available at amazon.com and bn.com.

Oklahoma native Christopher P. Lehman has released a book about the last years of the civil rights movement.