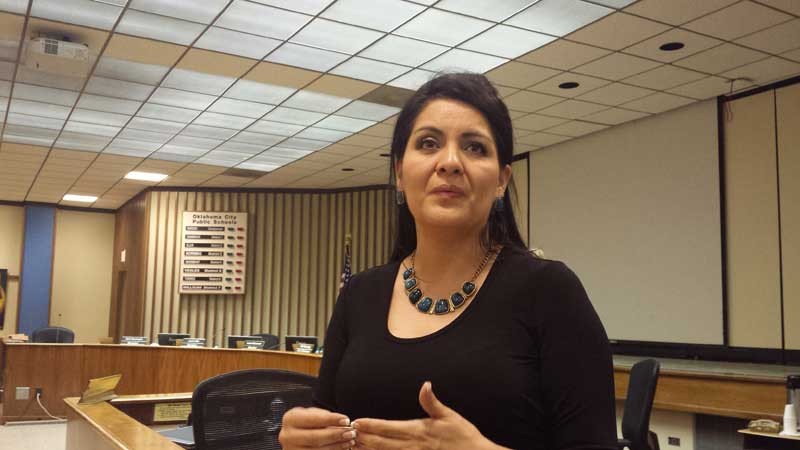 Oklahoma City school board member Gloria Torres will get a full term after two challengers for her seat withdrew last week.

Former Distirct 6 school board member Jay Means and William Lee Molden had filed for the Feb. 10 race last week, but later withdrew, according to the Oklahoma County Election Board.

Torres, who was appointed to the board this year following Means’ resignation, is the district’s first Latina board member and the only current Hispanic member of the board.

District 6 includes large portions of the city’s Hispanic community on the southside and the school district’s student population is nearly half Hispanic.

Means resigned from the OKC school board in June saying he wanted to focus more on his position as principal of a middle school in Woodward. However, last month Means resigned as principal and there was talk that Means was interested in running again on a platform of being anti-illegal immigration.

Means was unable to be reached for comment on his withdrawal from the race, but he told the Oklahoman last week he would consider the other candidate’s stance on illegal immigration before deciding to stay in the race.