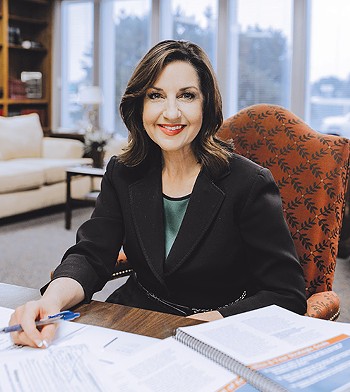 Having served as Oklahoma state superintendent of public instruction for over three years, Joy Hofmeister said she’s not interested in ushering in new policies, should she be voted into a second term.

Rather, she said, she’d like to continue on the path she has been on since 2015 to create better schools that will result in brighter futures for Oklahoma’s children.

“With every new idea, proposition and piece of legislation that I come across, I ask myself if its what’s best for our students,” Hofmeister said. “That’s what all of this boils down to.”

In July, Oklahoma State Department of Education released a 238-page plan, Oklahoma Edge, which Hofmeister and her colleagues worked on over the past two years. Oklahoma Edge lays out six specific goals Hofmeister expects schools to reach by 2025.

To expect the best outcomes from students and administrators alike, Hofmeister said it’s imperative that schools address the health of their students.

“We recognize that food insecurity has a direct impact on academic achievement,” Hofmeister said. “And we are the only state in the nation that’s listing child nutrition as an academic intervention.”

By doing so, she said, the state Legislature has ensured that Oklahoma will receive the maximum amount of funding from federal nutrition programs.

“That’s an example of what can be done at the state level to help our students in every district see and feel success,” Hofmeister said.

While Hofmeister said she supported the teacher walkout in March, she is not opposed to granting teachers further pay raises across the state but will prioritize per-pupil funding during the next budget year. Oklahoma currently ranks 49th in the nation for teacher pay and 48th for per-pupil spending. 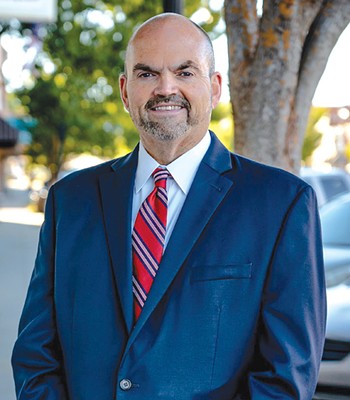 In over three decades of working within Oklahoma public schools, Democratic state superintendent candidate John Cox said he has never been more concerned about education than he is now.

“The last 10 years have been devastating for our schools,” Cox said. “Since 2008, we have seen $300 million come out of education funding each year.”

Cox said the lack of funding is painfully noticeable.

“The message we send to our teachers and our students is that they are not important — plain and simple,” he said.

Raised in rural Adair County by a preacher father and a mother with a love of literature, teachers became heroes to Cox and his six siblings. Nearly all of the Cox children became teachers later in life.

Cox’s first job out of college was as an eighth-grade math teacher in Jay, where he also served as an athletics coach and taught computer science. Cox later became superintendent of Peggs Public Schools, a position he still holds today.

In 2015, he ran against Hofmeister for state superintendent. He lost the election but gained 45 percent of the vote.

If elected as state superintendent this time around, Cox said he will raise the pay for first-year teachers to $40,000 and will allow high school students to receive vocational training and certifications while in high school.

“Twenty-three percent of Oklahomans graduate from college,” Cox said. “If a student decides that college is not for them or that they are not ready to start college immediately after graduating from high school, we still have a responsibility to him or her with the tools they’ll need to get a job and make a living.”

Cox said students should have the option to study and train in fields like cosmetology, welding, auto mechanics, electrical work and even nursing.

He said offering students the incentive to receive career training before they graduate will help lower dropout rates and benefit the economy.

Long before Oklahoma’s public schools had to employ counselors, principals and certified teachers, 76-year-old Larry Huff learned in a one-room classroom in Spiro.

He became the first person in his family to go to college, and when he became a teacher, he became a family legend.

What followed was a lengthy career spent in and out of classrooms but always in the field of education. Huff worked as special education administrator for Oklahoma State Department of Education for over 30 years. For 15 years, he served as Oklahoma director for North Central Association of Colleges and Schools, a national organization that, until 2014, established criteria for schools.

The organization is credited with establishing requirements that teachers receive certifications and special training before they teach their respective subjects and that schools hire librarians and counselors.

“At one time, 250 schools in Oklahoma followed the standards set forth by the North Central accreditation association,” Huff said. “Today, less than a handful do.”

Huff and his wife Betty have been married for 57 years. Huff said in his years as a teacher, he never made more than $55,000 a year, but the couple managed to send their two daughters to college. Both of Huff’s daughters now teach in Oklahoma public schools.

While the former educator has been retired for close to a decade, he said walking with his daughters in the teachers’ walkout in March led him to want back in the fight.

“I’ve never seen as much dodging around, sidestepping and slipping out the back door as I have seen by this Legislature and how they react to teachers’ requests,” Huff said. “It’s a crying shame that teachers in Oklahoma have to beg the Legislature for a living wage.”

Huff said if he’s elected state superintendent, he’ll raise the salary of all teachers to match the regional average and will work to increase security at every school within the state to protect students from the increased likelihood of domestic terrorism.