Let’s just get this over with: The Ghost of a Saber Tooth Tiger is the self-admittedly silly moniker under which Sean Lennon and model Charlotte Kemp Muhl play psychedelic, ’60s-throwback music. 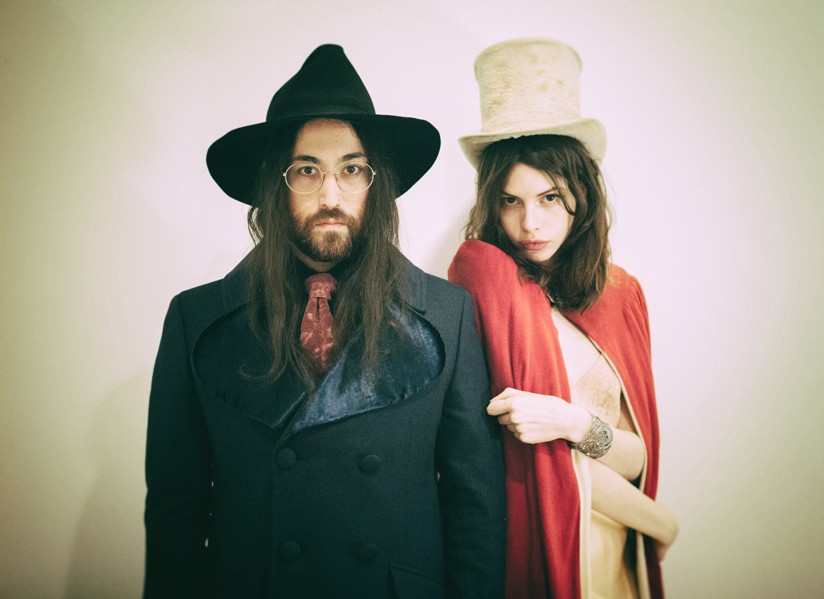 The Ghost of a Sabertooth Tiger

Let’s just get this over with: The Ghost of a Saber Tooth Tiger is the self-admittedly silly moniker under which Sean Lennon and model Charlotte Kemp Muhl play psychedelic, ’60s-throwback music. Yes, Sean Lennon is the son of John Lennon and Yoko Ono. Yes, his voice sounds like his father’s. And yes, people often compare the musical and relationship dynamics of Sean and Charlotte to John and Yoko.

Muhl and Lennon met at Coachella in 2004 and, before they began playing music, started sending each other letters while Lennon was on tour. That was how they fell in love.

Muhl had been playing the guitar and writing songs throughout her adolescence, some of which she ended up recording and releasing in 2012 with Eden Rice, her friend since childhood.

“Those were all very old songs from before I knew Sean,” Muhl said.

Once Muhl and Lennon had the opportunity to occupy the same physical space, music became a part of their relationship.

“It was mostly just acoustic guitars in bed in the beginning,” Muhl said. “I didn’t really get rock ’n’ roll. I wasn’t into loud drums or whatever. I was super white, super uptight and dorky. I was like a Shakespeare dork.”

They released an album of loud-drum averse music in 2010 called Acoustic Sessions. Muhl did, however, have an experience that helped her “get” rock ’n’ roll.

“It’s really cliché,” she said, “but about five years ago, I discovered marijuana and Pink Floyd.”

Muhl and Lennon were on tour in France and, during some downtime, were watching Echoes, the Pink Floyd concert film.

“I smoked my first joint and something just clicked in my brain, and there was no going back,” Muhl said. “Since that moment on, we’ve been writing psychedelic rock songs.”

She ran through a list of rare instruments used on Midnight Sun, the album they released on April 29, which included not only a Hammond B3 organ but also a calliope. Muhl described the instrument as “a giant, red circus organ from the 1800s, which is steam- pumped or air-pumped.”

In addition to their musical adventures, Muhl and Lennon have also used their mutual fame to speak out about environmental issues important to them. Lennon started the Artists Against Fracking coalition, which, according to Muhl, “managed to postpone the fracking of New York for a little while.”

“The problem is [oil companies] have so much money that they’re pumping into promoting it and brainwashing people into thinking it’s good that there’s almost no way to fight it,” Muhl said. “It’s a pretty daunting thing to fight. There’s so much power and money behind it.”