A sequel to 2011’s The Best Exotic Marigold Hotel, Second Best meets up with the characters right where the narrative left them. Originally a story of seven Brits who go to Jaipur, Rajasthan, India, following motivations ranging from lost loves to lost finances, the sequel introduces few new faces to its adept cast and keeps most of its initial structures.

At the helm are holdovers Dev Patel, Maggie Smith, Judi Dench and Bill Nighy with supporting roles by Penelope Wilton and Richard Gere, who is new to the cast. Everything this review could ever hope to tell you can be inferred from that cast. The movie plays out as if the actual actors were simply living it. There is name- calling and snippy-yet-endearing British humor. There are witty one-liners. There is deep emotional respect veiled behind petty jealousies. A self-awareness of the nearing end of some of Britain’s greatest actors is ever-present.

Whereas the first movie focused on the challenges of adapting to a foreign country and finding support in others there, this film is about finding romance and partnership in the period of life when self-loathing and lack of purpose so easily take hold. As Dench’s character, Evelyn, posits, “How many lives can we have?”

The characters move throughout Indian cityscapes from their new home base in the Best Exotic Marigold Hotel, run by Sonny (Patel). A few have found jobs, some have found hobbies and all have found routine. Immediately, the tension of the plot is introduced and continues mostly through Nighy’s poignant one-liners.

“We could be madly happy,” he says. “The thing about life is there’s so much bloody potential.”

If only the characters can commit to their decisions, most of which, again, relate to their love and desires.

The primary romance is between Sonny and his fiancée Sunaina (Tina Desai), which functions as a point of reference for the older relationships and serves to structure the movie along the timeline leading to their wedding. Aside from this strong though struggling young love is the often ill-timed romance between Evelyn and Douglas (Nighy), the distrustful relationship between an American writer (Gere) and Sonny’s mother (Lillete Dubey) and the adulterous back-and-forth of lusty loners Norman (Richard Pickup) and Carol (Diana Hardcastle). 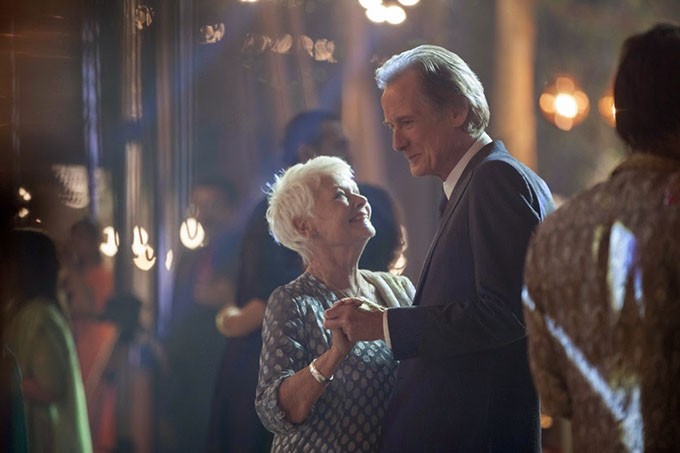 Thematic interplay is obvious. There is old love versus new love. There is energy and hope against self-pity and resignation. There is the question of whether we are ever defined by or chained to our shortcomings within the iterations of our lives.

The theme of age as incongruent with experience is all too pervasive in the movie. There exists throughout the film a dysfunction within each character that makes them lose confidence, feel desperate yet put off their desires and create mental barriers to their own happiness.

The mistakes age and wisdom were supposed to correct are just as fresh in their later years as they were in early ones, and the lessons to be learned just as relevant. Evelyn’s question of ‘How many lives?’ remains relevant: new ends, new beginnings and a renewed need to stumble through lessons of youth.

But maybe it’s in this dysfunction, the film suggests, that we can always renew that vigor that inspires us to challenge our unhappiness and move ourselves forward. Maybe there’s an untapped resource of youth in the process of making and rectifying our mistakes.

Print headline: Hotel Marigold, A timeless cast of characters examine the mistakes age and wisdom were supposed to correct, tapping into a youth yet unexplored.