After his rise as a pre-teen YouTube sensation, Greyson Chance now has his sights set on the long game. 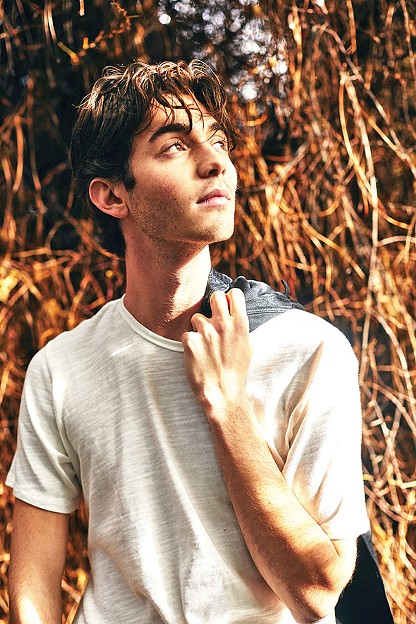 YouTube was four years old and Greyson Chance was 12 when his cover of Lady Gaga’s “Paparazzi” blasted its way onto the internet zeitgeist. A student at Edmond’s Cheyenne Middle School, Chance’s performance in front of classmates was fueled by Juilliard-ready piano filigrees and a voice that could match Gaga note for note.

Within days of its May 2010 posting, Chance was on The Ellen DeGeneres Show, and then he was on again a few days later as DeGeneres announced the launch of eleveneleven, a boutique record label with Interscope Records that would feature Chance as its first signing. By that time, the “Paparazzi” cover had generated 30 million views on YouTube. Today, the total stands at 64 million.

“That video changed my entire life — every aspect of my life,” said Chance, now 21.

“I signed my first record deal after that video with Interscope and immediately started to live as a full-time artist. From 12 to 16 years old, I was on the road probably nine months out of the year.”

Chance was in the studio as soon as it could be booked, and recorded his debut album, Hold On ’til the Night. Executive produced by DeGeneres, Night was co-produced by “Like a Virgin” scribe Billy Steinberg and featured songs from songwriting trio The Matrix (Avril Lavigne’s “Complicated”) and Danielle Brisebois (New Radicals, Natasha Bedingfield). Chance arrived just in time for every major label to want its own Justin Bieber 2.0, and executives at his new label thought they had one.

Hold On ’til the Night certainly had big guns behind it; the video for its second single, “Unfriend You,” even featured Nickelodeon star/future queen of pop Ariana Grande. But nothing took hold like Chance’s covers of “Paparazzi” and Augustana’s “Fire.” He toured like mad, opening for Cody Simpson in the U.S. and mounting several massive tours of Asia, but by the time his fourth single was released, “Take a Look at Me Now,” Interscope/eleveneleven had ended its domestic promotion of the album and was only releasing his material overseas.

Ready to take a second run with a sophomore release, Chance also wanted to explore writing his own songs. Major record labels historically balk when artists previously beholden to professional hit makers want to exercise their songwriting muscles, and Chance said he felt a palpable reduction in his label’s enthusiasm.

From that point, things fell apart.

“Just as quickly as our team came together in the beginning moments, the second there was a decrease in attention, popularity or numbers, that team very very quickly left,” Chance said. “I was 16 years old with no one around me anymore, and I had to figure out what I wanted to do.”

While there is probably a star in the sky for every musician who suffered a similar fate as Chance’s, it is especially problematic when it happens at his age. In response, Chance doubled down on songwriting, the industry be damned.

“That was a really difficult time for me, because you’re also 16 years old and you’re trying to figure out who you are,” he said. “I was still writing a lot and basically got to 18 years old and had a body of work I was really proud of as a songwriter. I went around to every label in L.A. and no one was interested in it. That was also a difficult moment for me. I was 18 years old, very unhappy, living in L.A. by myself. I said, ‘You know what? You’ve had a good run, but it’s time for something else. Time for something new.’”

“I was 16 years old with no one around me anymore, and I had to figure out what I wanted to do.” — Greyson Chance tweet this

At 18, he retired. Chance enrolled as a history major at University of Tulsa and was convinced that he would never return to music. A lot taller with a much-changed voice, he could blend into the student body and build a new life. He would be something other than a former teen idol.

“I was able to go to shows once a week and listen to music and see what my friends were listening to and sort of be a normal college kid for once,” he said.

Because of that newfound freedom, the pressure was off. Chance began to write again, without any deadline pressure or notes from executives. He tapped into his experiences and tastes as a young adult, and the songs started pouring out.

“I needed to start creating things that I actually enjoyed,” Chance said.

Nearly nine years after “Paparazzi” and the ensuing gold rush around Greyson Chance, any attempt to land on eleveneleven’s website will route to a cartoon of DeGeneres making an “Oh no!” face accompanied by the following message: “Oopsy daisy … we can’t seem to find the page you’re looking for. It might be in our other pants.”

Chance, on the other hand, is still around. He releases his second album, Portraits, on March 15 and performs Saturday at The Vanguard in Tulsa. His first single, “Shut Up,” features a falsetto reminiscent of Justin Vernon on the chorus and a confident baritone on the verses. The video for “Shut Up” features couples with different sexual orientations and reflects the changes in Chance’s own life, having come out to friends and family at 16 and to Instagram in 2017.

“The song really only covers only one stage of love, the infatuation phase,” he said. “I wanted the video to showcase what happens after that, which is often a deeper sense of love but also the fights and the forgiveness process. I was very careful about the actors I wanted to choose, and I wanted it to resonate across the board. I wanted it to be inclusive and diverse, for people to watch it and see a little bit of everyone.

“I think being out has definitely made it easier to talk about these issues and bounce them off other people in a creative sense.”

With Portraits, Chance is looking to make a full reintroduction and will soon mount a global tour to promote his new music. This time out, everything will be on his own terms.

“I’m definitely not the same kid I used to be,” he said. “For me, this album truly feels like a debut.”