The second session of the 57th Legislature, which is also the second legislative session since medical cannabis has become law, begins Feb. 3. 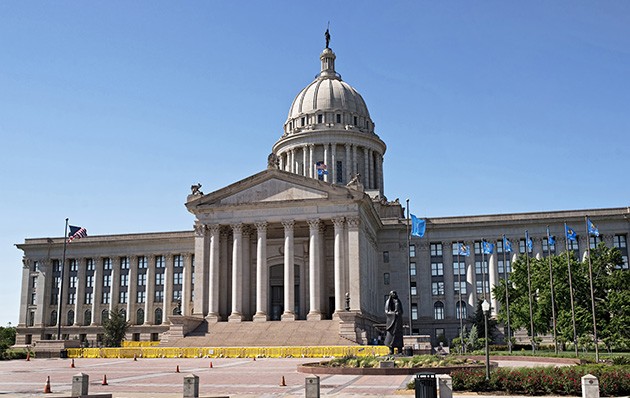 The second legislative session since the passage of State Question 788 was passed begins Feb. 3, and several bills pertaining to the medical cannabis program have been filed.

The proposed amendatory bill raising the most ire among the medical cannabis community is Senate Bill 1520, authored by Sen. Marty Quinn, R-Claremore.

SB1520 would raise the annual fee for medical cannabis dispensaries, growers and processors to $10,000 from $2,500. Transport and testing laboratory licenses would remain set at $2,500, and the approval deadline would be expanded to 90 days.

Another bill authored by Quinn, Senate Bill 1469, would require all medical cannabis dispensaries, growers and processors to carry a liability insurance policy in the amount of $1 million as well as workers’ compensation coverage during the term of licensure. The bill would take effect July 1.

A third bill authored by Quinn, Senate Bill 1519, would allow municipalities or counties to “restrict or prohibit the possession, consumption, transport, sale, cultivation, or manufacture of marijuana or marijuana products, or any combination thereof.” The bill would take effect. Nov. 1

“An officer shall have made an articulable observation, other than the odor of marijuana, including, but not limited to, glassy or red eyes or slurring speech, to request that the driver submit to a field sobriety test for marijuana,” according to the bill.

The bill also would affect the criteria for which presence of THC and its metabolites could be used as evidence of DUI.

House Bill 2779, authored by Rep. Jim Olsen, R-Roland, would prohibit discriminating against licensed medical cannabis patients for testing positive for cannabis and its metabolites in a drug test but would also bar dispensaries from operating within 1,000 feet of a place of worship on a full-time or temporary basis. That is defined in the bill as “Any permanent building, structure, facility or office space owned, leased, rented or borrowed ... when used for worship services, activities and business of the congregation, which may include, but not be limited to, churches, temples, synagogues and mosques,” according to the bill.

Any medical cannabis dispensaries established prior to Nov. 1 would not be affected and would be allowed to continue operating in their current locations.

Senate Bill 1257, authored by Sen. Mark Allen, R-Spiro, would prohibit medical cannabis from being advertised on a billboard in the state. A billboard is defined as a freestanding outside advertising sign not located on the property where the sign is located.

“Whenever a sentence has been suspended by the court after conviction of a person for any crime, the suspended sentence of the person may not be revoked, in whole or part, for using or possessing medical marijuana pursuant to a valid medical marijuana patient license issued under the provisions of Section 420 of Title 63 of the Oklahoma Statutes unless the sentencing court previously found that, based on material evidence, prohibiting the otherwise lawful use and possession of medical marijuana is necessary and appropriate to accomplish the goals of sentencing,” the amended portion reads.

Senate Bill 1228, authored by Sen. Rob Standridge, R-Norman, would create an expedited application process for a medical cannabis license. The fee for the expedited license would be $150 in addition to the application fee. In addition, it would drop the application fee for a license to $20 for those who are certified as 100-percent disabled by the U.S. Department of Veterans Affairs or who are receiving hospice services as well as those who are considered terminally ill as attested to by the individual’s primary care physician or recommending physician.

Senate Bill 1248, also authored by Sen. Rob Standridge, R-Norman, would allow licensed pharmacies in the state to apply and operate as a medical dispensary should cannabis be removed as a Schedule I substance under the Controlled Substances Act.

Senate Bill 1909, authored by Sen. Nathan Dahm, R-Broken Arrow, would prohibit the state health department from sharing license information or whether the license is valid with Oklahoma State Bureau of Investigation (OSBI) for the purpose of approving or denying a license under the Oklahoma Self-Defense Act.

There are also several shell bills filed by members of the Oklahoma House of Representatives. These bills contain no information but may be expanded during the session.

House Bill 3208 would create the Oklahoma Medical Marijuana Advertising Act of 2020. It was authored by Rep. John Pfeiffer, R-Orlando.

All of the shell bills filed would become effective Nov. 1.