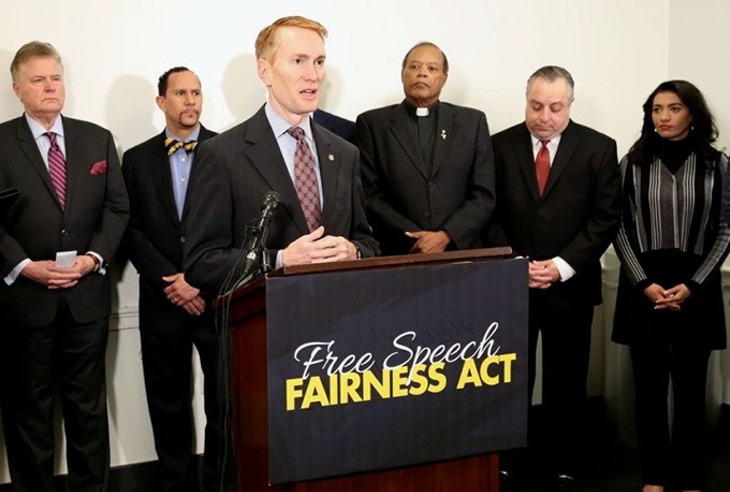 As it now stands, churches and charities can speak on issues that matter — from opposing human trafficking to advocating for immigration reform and engaging in civil rights and criminal justice reform. Religion and politics intersect in various ways, as do nonprofits and public policy, but federal regulations restrict religious and charitable organizations from endorsing or opposing candidates, political parties or ballot measures.

The First Amendment to the Constitution of the United States includes the Establishment and Free Exercise clauses, or what most of us call “the separation of church and state.”

To strengthen this separation, the Johnson Amendment, passed in 1954, prohibits tax-exempt 501(c)(3) organizations — the most common type of nonprofits, including universities and churches — from engaging in political activities.

Or they can. A religious or nonprofit organization that launches a campaign to endorse a candidate or intervene in public elections is free to do so, but it also would forfeit its right to be a tax-free entity. The Johnson Amendment covers churches, mosques and synagogues as well as other charitable, religious, educational and scientific organizations.

Additionally, individuals employed by 501(c)(3) organizations retain the right to speak on their own behalf, endorsing candidates, putting signs in yards and fully participating in the electoral process without fear of reprisal.

It’s an issue that has played out on the national political stage in recent months. Last month, President Donald Trump called to overturn the amendment in what he said is an effort to allow faith leaders and the organizations they represent the opportunity to speak freely and without fear of retribution.

Oklahoma Republican Sen. James Lankford also unveiled his Free Speech Fairness Act, which, if passed, would permit nonprofits and houses of worship freedom to electioneer without the threat of revoking tax status.

Lankford has taken the position that under the Johnson Amendment, named for Lyndon B. Johnson, faith leaders and nonprofit organizations do not enjoy all protections of the First Amendment.

“While I prefer not to hear about it in my church or in the nonprofits I give to, why would that control other churches and nonprofits?” Lankford told Oklahoma Gazette during a recent telephone interview. “Everyone should have free speech. Everyone should be able to speak out on issues they choose to and not feel like the IRS is monitoring them.”

While Lankford is not the first federal lawmaker to take on the Johnson Amendment, his legislation, coupled with the president’s repeated comments, has fueled a debate over the free speech and establishment clauses of the First Amendment, which reads, “Congress shall make no law respecting an establishment of religion.”

“I think it is a chilling effect on speech, period,” Lankford said of the Johnson Amendment.

When he served as director of Falls Creek nonprofit Christian youth camp in southern Oklahoma, Lankford recalls that he found it difficult to know what he could and couldn’t say in terms of political speech.

“Nonprofit leaders and individuals working in nonprofits have to constantly wonder [if] they [are] going to get caught by the IRS for crossing a line that is really undefined,” Lankford said.

Lankford views the Johnson Amendment as a vague law born out of malice by Johnson after a charity had opposed his candidacy in a race for U.S. Senate. Lankford’s proposed legislative solution calls for amending the tax code to allow all charitable organizations to make political campaign statements “if such statements are made in the ordinary course of carrying out its tax exempt purpose,” according to S. 264, which he co-authored with two other Republican lawmakers.

The act would also require the organization making such statements to not incur “more than de minimis incremental expenses.” Such language ensures the legislation would not turn nonprofits and churches into political action committees, Lankford said.

The threat of revoking tax-exempt status has led faith and nonprofit leaders to self-censoring their speech, according to Lankford.

“This is specifically about speech,” Lankford said. “It is not about repealing the whole Johnson Amendment. This is really about editing an amendment to make sure we are honoring our Constitution.”

Debating issues surrounding separation of church and state, including the Johnson Amendment, have played out for years in faith circles.

While some evangelicals view revising the Johnson Amendment as monumental for religious rights, others see it as destroying the wall separating church and state.

“The Johnson Amendment strengthened the wall, and for a very, very important reason,” said Mitch Randall, senior pastor of Norman’s NorthHaven Church, a member of the Cooperative Baptist Fellowship denomination.

A decade after enactment of the First Amendment, Thomas Jefferson coined the term “walls of separation,” describing the official relationship between the church and government. It brought understanding to the intent and function of the establishment clause, Randall said.

“The reason for that is Christian denominations had been beginning to wield significant political influence in the country through their voice, their members and their finances,” Randall said.

The Johnson Amendment limited churches from increasing any political power and financially influencing elections. Any changes to the Johnson Amendment could unleash money in politics and corrupt the purpose of churches, taking the country back to pre-colonial days when state-supported religions influenced colony government, Randall said.

“My fear is that the repeal of the Johnson Amendment will take us back to those days, where the church wields significant influence within government, and through financial contributions, government could bend to the will of a religious body,” Randall said.

Rev. Lori Walke of Mayflower Congregational United Church of Christ sees the repeal or amendment of the Johnson Amendment raising issues connected to how the government treats religion.

In the current political climate, a faith-based organization providing refugee services or a nonprofit legal firm aiding immigrants might seem to favor one political position over the another.

The same might be perceived for a nonprofit health clinic providing family planning and reproductive health services to clients.

Dispelling misconceptions and confusion over the Johnson Amendment has been part of the work done by the Oklahoma Center for Nonprofits, an Oklahoma City-based organization that provides training and consulting to nonprofits throughout the state.

“When a nonprofit or church talks about an issue that might be hot-button, some see that as a discussion on politics that should be prohibited,” said Daniel Billingsley, the organization’s vice president of external affairs. “The fact is nonprofits can talk about issues in a wide variety of forms. They simply can’t say, ‘We endorse this candidate or vote for this candidate because of their view.’”

Nonprofits wanting to engage in some effort to influence political activity can do so establishing a separate 501(c)4 organization, which is allowed to support candidates.

Outside work, nonprofit employees and volunteers are free to exercise their individual right to endorse and campaign for candidates and engage in other partisan political activities.

The Johnson Amendment has effectively kept donor tax-deductible donations from getting involved in politics.

Any changes to the Johnson Amendment would have adverse effects on nonprofit organizations, even those who would choose not to exercise rights to campaign or collect political donations, Billingsley said.