Béla Fleck is among the headliners at the third annual Banjo Fest. 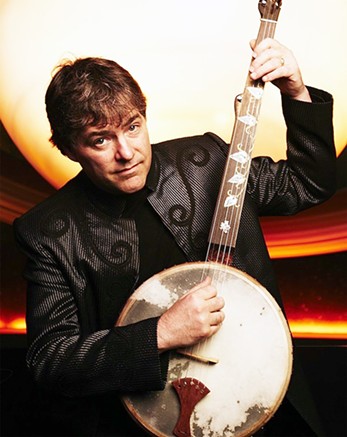 The sounds of the banjo reverberate through centuries of musical history, but the instrument is no mere artifact. Presented by American Banjo Museum, Banjo Fest 2018 celebrates the joyful immediacy of live performance.

“If you’re on the fence about the banjo, seeing a program like this should make you a big fan,” said Johnny Baier, executive director of the museum, 9 E. Sheridan Ave. “You will hear music being performed on the banjo that you didn’t think possible.”

The event kicks off Sept. 6 at the museum with live performances by artists including Philadelphia Mummers, participants in a colorful, costume-heavy yearly parade in that city and the subject of a new exhibit, and Taylor Pfeiffer, a youthful Australian banjo player, country singer and pop star in the making.

The action moves to the top of Devon Tower on Friday evening for this year’s American Banjo Museum Hall of Fame gala. For those who dwell in mainly non-banjo-centric circles, one of the more recognizable names among the honorees is surely that of Muppet maestro Jim Henson. His induction coincides with the opening of an exhibit focusing on Henson’s love of the banjo and incorporation of the instrument into his work. (Think Kermit the Frog  singing “Rainbow Connection.”)

Next up will be more live music within the museum space on Saturday afternoon — not full-on concerts so much as informal performances with people coming and going, Baier said. Besides the reappearance of Pfeiffer and the Mummers, visitors can expect to see and hear banjoist/puppeteer Eddie Collins and — if time allows — a four-string set by Baier himself.

The artists were chosen specifically to present the musicality and diversity possible with the banjo.Johnny Baier tweet this

Each will play without accompaniment, Baier said, though it is possible that two or three of the musicians will join one another onstage.

“It’s banjo in its purest form and their music in its purest form,” he said, “and the interesting thing about it is all of them are very comfortable in that setting. Most musicians — particularly five-string banjo players — they are dependent upon being surrounded by other musicians. The five-string banjo in a general sense, especially in a folk or a bluegrass setting, is usually part of an ensemble.”

When the average person thinks of modern banjo players, they are likely to think first and foremost of Béla Fleck, whose career defies confinement to a single genre. Spanning straight bluegrass, jazz-fusion with his Flecktones band, acoustic duets with jazz pianist Chick Corea, forays into the traditional sounds of Africa and beyond, his playing has consistently drawn upon a distinctive sense of technical discipline derived in part from his classical training.

And he is no stranger to the state.

“My first experiences with Oklahoma were when I joined New Grass Revival in 1981,” Fleck said in an email. “New Grass had a serious Oklahoma connection with Leon Russell, who the band toured with often. It felt like one of the band’s homes, honestly, and my music has always been well received in that state.”

But as big a name as Fleck might be, the experience and esteem of the other headliners should not be overlooked.

John McEuen co-founded Nitty Gritty Dirt Band and served as a guiding creative light behind its groundbreaking 1972 album Will the Circle Be Unbroken?, which simultaneously marked a milestone in the revival of old-time music and influenced decades of subsequent Americana and alternative country.

Tenor banjoist and two-time Hall of Fame inductee Tim Allan plays a variety of genres in crowd-pleasing fashion. He will also be among those performing on Thursday evening and Saturday afternoon.

Tony Trischka, who will also play during Friday’s Hall of Fame ceremony, has been performing for more than 45 years. Like Fleck, his reputation precedes him, at least within the banjo world, where he seems to have attained the status of a master. In fact, Baier said he was something of a mentor to Fleck. 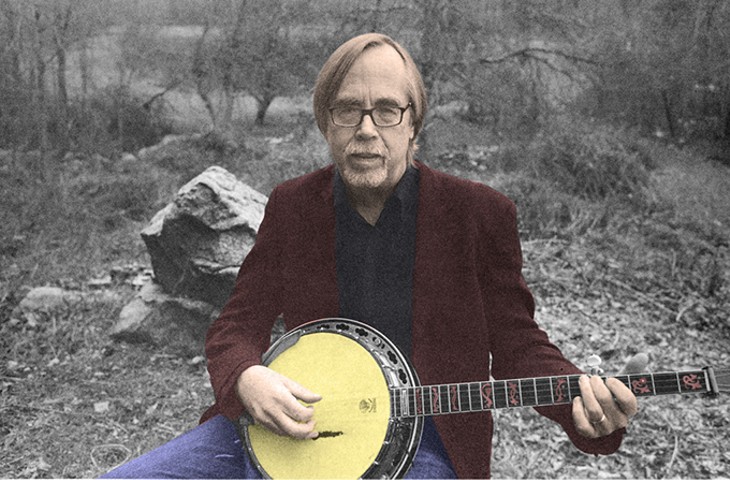 “If it wasn’t for Tony Trischka, there wouldn’t be a Béla Fleck,” Baier said.

Yet each artist is different enough from the next that the presence of all four on one program represents a one-time opportunity for audiences as well as a demonstration of the tonal and stylistic breadth of the instrument in action.

“The artists were chosen specifically to present the musicality and diversity possible with the banjo,” he said. “We won’t be able to duplicate this program.”

Through events like Banjo Fest and museum exhibits like the one devoted to Henson, it’s clear that Baier cares deeply about cultivating an environment in which the banjo will remain a relevant cultural force, not to mention a source of civic pride.

“If the banjo world has a spotlight, it shines on Oklahoma City,” Baier said.

Fleck is optimistic about the instrument’s future.

“I just completed running my first banjo camp, which is called the Blue Ridge Banjo Camp,” Fleck said. “It was an amazing experience, and every available slot was filled with passionate people from 12 to 70 years of age, from many different lands, who all know, as I do, that banjo is the most important thing in the world. But seriously, there were some young monster players who attended that made me feel very confident about the future of banjo playing. The best is yet to come.”