Signatures are being collected for a ballot initiative that would prohibit sentence enhancements in nonviolent cases. 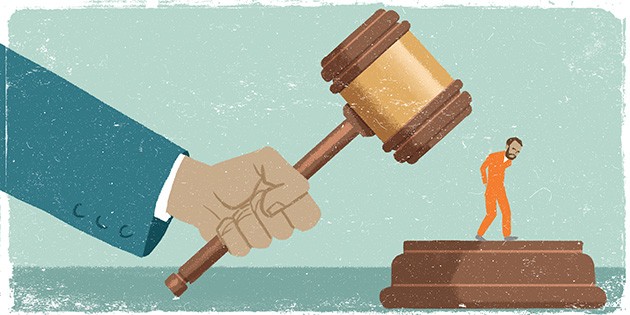 “A former conviction for one or more felonies shall not be used to enhance the statutorily allowable range of punishment, including but not limited to minimum and maximum terms, for a person convicted, whether by trial or plea of guilty or nolo contendere, of a felony,” reads the proposed measure.

This measure would not apply to those who have been convicted of a violent felony as defined by Oklahoma Statutes. This includes assault, battery, murder, manslaughter, kidnapping, child abuse, rape and human trafficking.

Oklahomans for Sentencing Reform, a bipartisan coalition championing the measure, filed the petition in November and began collecting signatures two weeks ago. State Question 805 requires nearly 178,000 signatures by 5 p.m. March 26 to be put to a statewide vote in 2020.

“The reality is that Oklahoma has an incarceration crisis,” said Kris Steele, executive director of Oklahomans for Criminal Justice Reform (OCJR). “We have the second-highest incarceration rate per capita of any state in the United States, and we have the highest female incarceration rate in the nation. Unfortunately, we’ve held that distinction since 1991, and the disparity in the number of women we incarcerate continues to grow.”

According to a 2019 report by FWD.us, Oklahoma sends more people to prison than other states, especially for nonviolent crimes, and keeps them incarcerated for much longer. Eight in 10 women go to prison for nonviolent offenses.

“Research has shown these long stays in prison have little or no effect on recidivism when people come home,” reads the report. “At the same time, these extra weeks, months and years place emotional and financial burdens on the families of those incarcerated.”

Proponents of the initiative say the state’s incarceration crisis is driven in large part by enhanced sentences, and they hope momentum from recent criminal justice reforms help the initiative succeed.

“We’ve been working on responsible criminal justice reform for over a decade, and the good news is that support among voters continues to grow,” Steele said. “We have seen some tremendous momentum in recent years, and we are hoping to build on that momentum and deepen the conversation level of understanding and support statewide for a more effective approach to public safety.”

“We have a system that is based
on punishment and retribution,
and it’s not working.”
—Kris Steele tweet this

Gov. Kevin Stitt has publicly opposed the initiative, saying a constitutional amendment is the wrong way to go about criminal justice reform. Steele argues that a constitutional amendment would prevent lawmakers from trying to repeal the measure if approved by voters. He cited an attempt to repeal State Questions 780 and 781 only months after they were approved in November 2016.

“A constitutional amendment ultimately ensures that the will of the people is carried out. We’ve learned some pretty important lessons from State Questions 780 and 781 in that even though the people of Oklahoma overwhelmingly supported and do support those particular changes, we have seen and we continue to see a constant effort to repeal the will of the people through the Legislature,” Steele said. “The constitutional amendment ultimately protects and ensures that the vote of the people is carried out accordingly.”

District attorneys across the state have also publicly opposed the measure, saying it would negatively impact public safety. But proponents of the measure disagree because they don’t see many positives outcomes from the state’s high incarceration rates.

“Oklahoma currently has some of the harshest prison sentences in the world. We have a system that is based on punishment and retribution, and it’s not working,” Steele said. “I don’t think that there’s anyone in the criminal justice field who would say that we’re currently achieving the goals that we hope to achieve in the way of either reducing crime or increasing public safety. The reality is we are not addressing the core issues behind the antisocial behavior. We’re completely in a reactive mode of wanting to punish anyone who stumbles and breaks the law.” 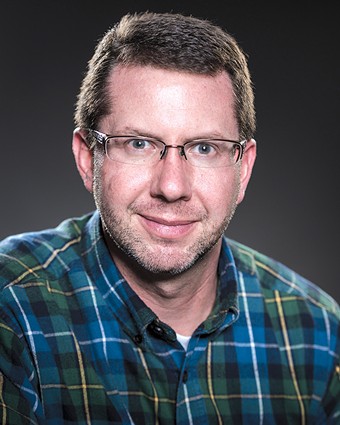 Steele also argues that people should have a way to get back on their feet.

“What we are seeking to do is provide some sort of intervention so that a person can ultimately get the help that they need to turn their lives around. Ultimately, that’s how we not only improve public safety but improve the quality of life for everyone,” he said. “What other conservative states have been able to implement is a system that does not rely so much on incarceration but rather programming and accountability within the community that would effectively help a person connect with the resources that they need to overcome a troubled past and become a contributing member of society.”

Oklahomans for Sentencing Reform is made up of people on both sides of the aisle and members of the faith, business and health-care communities. The measure has statements of support from various state leaders like Gene Rainbolt, Roy Williams, Rev. Dr. Ray Owens, Ryan Kiesel, Mike Neal, Tom Ward and Sue Ann Arnall.

“Oklahoma hands down extremely long sentences for nonviolent offenses compared to the national average. Long prison sentences don’t just impact individuals serving time, but their entire family. People accused of crimes in Oklahoma can have years, decades or even life in prison stacked on top of their prison sentence if they have ever been convicted of a crime in the past. This ballot initiative is the next logical step in building on the reforms put into place so far. Our communities and families depend on it,” said Arnall, president of Arnall Family Foundation and member of the Oklahoma County jail trust.

“We know that the direct voices of Oklahoma voters are the most powerful way to encourage elected officials to embrace the structural changes we so desperately need. This ballot initiative continues the momentum created by voters in 2016 and reflects meaningful change to the criminal legal system that Oklahomans want and one that will serve communities across our state for the better,” said Kiesel, executive director of ACLU of Oklahoma.

Ultimately, Steele wants to emphasize that Oklahomans shouldn’t give up on others.

“It’s important that we realize that people need and deserve a second chance, and just because a person may have stumbled doesn’t mean that we should give up or throw that person away,” he said. “What this allows us to do is incorporate evidence-based policy changes into our criminal justice system so that we can collectively move forward as a state.”