The Lost End begins its journey with a debut that balances dark post-punk with energy and optimism. 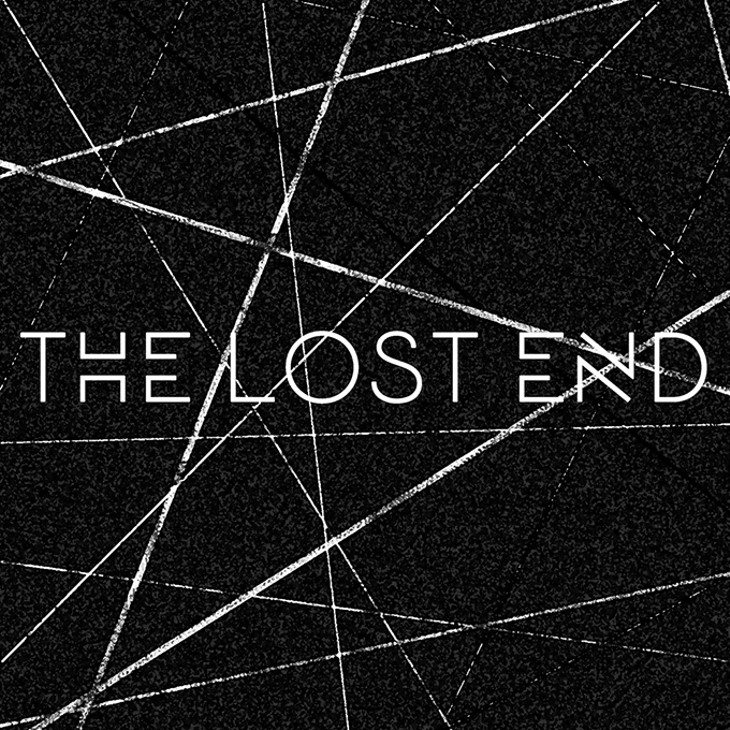 The frequently somber post-punk unit is led by the vocals of Ryan Taylor. The rest of the lineup includes guitarist Scott Jones, bassist Brian Daniel and drummer Trevor Helm.

The seven-track record, released in mid-February, was recorded and mixed by Trent Bell in Norman’s Bell Labs studios. It was mastered in Pennsylvania’s Treelady Studios by Garrett Haines, a Grammy Award-winning engineer who has worked with several Oklahoma acts including Tyson Meade, KALO, Carter Sampson and Sugar Free Allstars.

“Self Control” starts the album with some urgently plucked guitar strings that would seem to signal the start of some kind of journey, which the song propels further with a nice, driving drum rhythm. The real stand-out star on the opener is Taylor, whose vocals and lyrics perfectly set the stage for what is to come.

Taylor sings with a howl that one can tell comes from somewhere deep inside him. Like the rest of the album to follow, “Self Control” is mostly an exercise in the morose. Taylor seems to be describing the turning of a life chapter and the sudden realization of any individual’s cosmically small place in the universe.

“Is this how it feels when you cease to exist?” the lyrics ask. “The moments that persist, the growing emptiness. I used to know how to love, the warm touch of embrace. Now clouds linger above and I feel I’ve been erased.”

The lyrics often convey dread, but Taylor’s strong delivery prevents The Lost End from spiraling into a pity party and instead seems to guide the listener through a sense of awakened self-discovery. This energy is a quality that helps “The Stop Next” stand out as perhaps the album’s most accessible joint. Track No. 2, in many ways, is guitarist Jones’ gift to the world. Not only does he give the tune its chilling feel, but the song leaves on an impressive guitar outro.

From a lyrical standpoint, it is fun (and unfortunately a little too relatable) to hear Taylor stare down the dropping of a doomsday bomb. “The world explodes to our favorite song,” the singer sneers.

“The Stop Next” is followed by “Signs That Guide,” a song that begins a bit subdued but grows much louder as it progresses. The track builds on the album’s theme of loneliness with ponderings on the nature of existence and purpose.

The album’s fourth song caught this reviewer’s attention before it entered the headset. “Viking Attack” is an intriguing title, and listeners should be pleased to know that it lives up to the moniker. Though not a confirmed viewpoint by the band itself, the tune can certainly be interpreted as a contemptuous view of corporate greed and the well-to-do that disassociate themselves from the larger world.

“Viking Attack” sounds like a song that could easily be played over a trailer for the next installment of The Purge. This can also be taken as an anthem for self-reliance in a hostile world.

“I will take what I can; it was always meant to be,” the lyrics read. “It’s a cold, hard world out here for men like me.”

The Lost End pairs one of the album’s slower songs, “Bending Minds,” next to high-tempo “Agent Orange,” which also features a lot of interesting, ambient distortions and higher, more frantic vocals from Taylor.

However, it’s the album’s closer, “As a Ghost,” that really ties everything together. The band returns to the musical form it displayed earlier on the album, but this time with lyrics about breaking free from life’s shackles and running into the openness of possibility — disappearing from captivity in favor of self-reliance.

“Never let a hostage out the door,” the song warns. “Never see me anymore.”

Overall, this is a very strong debut from The Lost End, which is a welcome addition to the

state’s post-punk scene and alternative rock scenes. If there is a bit of constructive criticism to be made, it is probably that the record feels more or less homogenous without a high degree of variation. But this also helped give the debut a very distinct feel.

Regardless, it was a pleasure to be lost in the thick of this sonic forest, and audiences should be eager to see how the band develops with time.