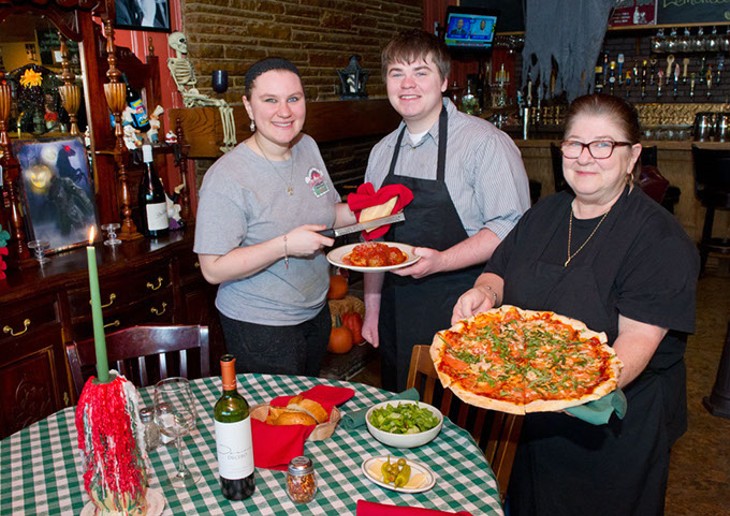 Most natives know about the ghost at the Skirvin Hotel, and residents of Spencer whisper about the Purple Church, but only foodservice professionals know about places like Gabriella’s Italian Grill & Pizzeria, Chili’s Belle Isle or Irma’s Burger Shack in Nichols Hills — until now.

Perhaps the most shared stories are about Gabriella’s, primarily because the Italian restaurant occupies the building formerly known as County Line Barbecue, 1226 NE 63rd St.

Chris McKenna, executive chef at Packard’s New American Kitchen, was an assistant manager at County Line back in 2001, and although he didn’t experience the events firsthand, he did see some of the after effects.

“One of the guys came down one night and said there was a girl walking around upstairs,” McKenna said. “I didn’t believe him, and so I finished putting salt and pepper shakers out. We closed up, and when I came in the next morning, the shakers were all over the floor.” 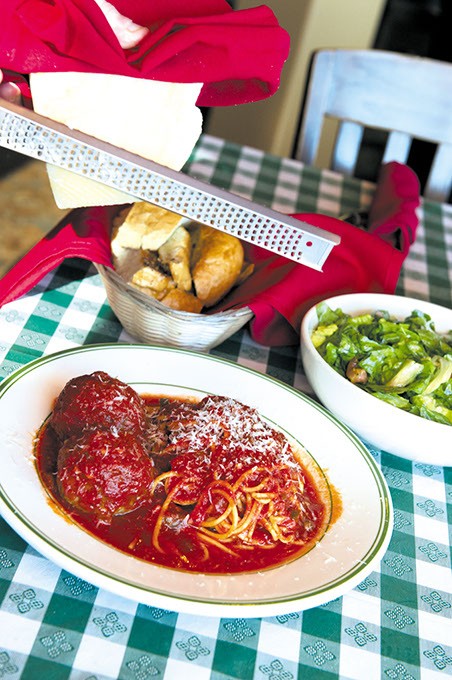 Stories abound from employees and former employees alike. McKenna tells tales of workers and managers who witnessed strange phenomena: a television that would not stay off, dishes flying off shelves, noises, phantom beings and recordings of strange voices.

Some of the eeriest accounts are of phone calls with spectral shouting or storm noises on the end of the line.

Irma’s Burger Shack, 1035 NW 63rd St., has also been tested for paranormal activity as recently as last year. Since the eerie happenings are related to a still-living Oklahoma City family, management asked that the “ghost” not be identified.

Linda Lee is a founder and managing partner at Irma’s, and she said the apparitions have been happening since the place opened.

“I think it happens less these days,” Lee said, “but it might be just because I don’t spend as many late nights there as I used to.”

According to lore, it’s the spirit of a murder victim, but Lee said the activity is more playful than scary.

Noises, moving objects and swinging doors are typical. Lee said it isn’t unusual to find objects moved about on desks or tables.

“I have gotten to where I just talk to it,” Lee said. “I just say, ‘I need the room for about an hour to get stuff done, and then you can have it.’ So far, it seems to be working.”

A chain restaurant might be an unlikely place for an apparition, but former Chili’s Belle Isle, 5301 N. Classen Blvd., server Nicole Misek said employees there believe the visions are related to people who drowned back when the area was covered by a lake.

Misek said the hauntings took the form of noises, banging and the sounds of people walking around the restaurant, even when the place was unoccupied. She now works as a hair stylist at ScissorTale Salon.

Whether the phenomena are spirits clanking about is impossible to say, but employees do hear things late at night, and like good urban legends, the stories are passed on to new employees. It is just part of the job.