The debate over permitless carry laws in Oklahoma continues. 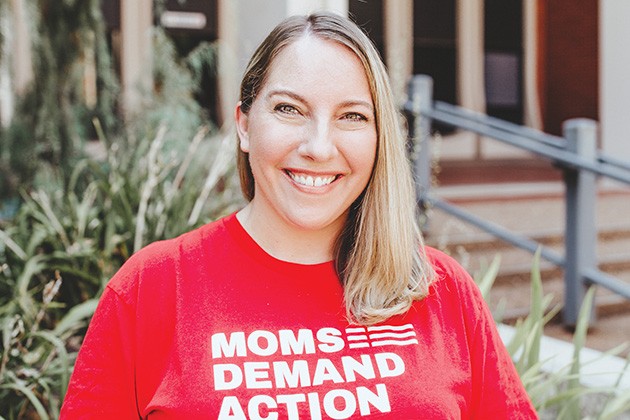 In the past decade, the increasing frequency of high-profile shootings at schools and churches have made the right to own and carry a gun the subject of intense debate not only at the federal level but in state legislatures as well.

As each state has the right to limit or expand access to guns as it sees fit, regulations can vary dramatically from state to state. According to Giffords Law Center to Prevent Gun Violence, California has some of the strictest gun laws in the nation, including a general ban on assault weapons and the requirement that any gun bought at a gun show must be through a licensed dealer.

Oklahoma is no stranger to Second Amendment issues, and if the 2019 legislative session is any indication, it will remain that way.

In 2019, there were over three dozen changes to legislation concerning firearms, the majority of which were sponsored or introduced by Oklahoma 2nd Amendment Association (OK2A).

Since its foundation in 2009, there have been over 100 changes to gun legislation in Oklahoma, nearly 40 of which OK2A claims credit for on its website.

“One of our things is we take the stupid out of state gun laws. We’re very aggressive with returning what should have never been taken away from the people to begin with,” said Don Spencer, president of OK2A. “We need people not to be victims and actually have the opportunity to be able to defend themselves without having to ask the government for permission to do so.”

One of the association’s most notable successes this year was House Bill 2597, also known as permitless carry. HB2597 was signed into effect in May by Gov. Kevin Stitt. It had been introduced previously under Gov. Mary Fallin, who vetoed it shortly before leaving office.

The text of the measure allows “the carrying of a firearm, concealed or unconcealed, loaded or unloaded, by a person who is twenty-one years of age or older.”

The bill does not specify that the person must have a license to carry a gun or training in how to use that gun, with the exception that members of the military 18 years of age or older may carry before the age of 21.

Spencer said aside from Oklahomans becoming used to seeing more firearms in public, the law will not create any significant disturbance.

“I don’t see any great change overall, other than maybe that crime will go down because the bad guys who never got a license and just carried and did all their stuff anyway now have to stop and think, ‘You know, before I try to attack this person, they may have a gun to defend themselves.’ I think it will be a natural deterrent for crime.”

“We obviously do see the permitless carry passing as a step backward in the wrong direction. I’m hearing a lot of feedback that even the people who passed it are regretting that now,” Birch said. “You could watch the debate on the floor and some of the people who vote for it actually debate against it at first hoping that it won’t pass, which is unfortunate. They’re not voting their conscience; they’re voting for political motive.”

She declined to say which legislators or staffers she was hearing this from but cited a poll commissioned by Moms Demand Action shortly before the measure was voted on that found approximately 80 percent of all Oklahomans from a variety of political backgrounds favored keeping the current measures in place.

The law will go into effect this November.

"You could watch the debate on the floor, and some of the people who vote for it actually debate against it at first, hoping that it won’t pass, which is unfortunate."
— Jennifer Birch tweet this

“This year, we’re going to focus on trying to support something that strengthens our gun laws, like a safe storage gun law,” she said. “Something that’s popular … is red flag laws, or ERPOs [Extreme Risk Protection Orders]. That would allow for family members and law enforcement to restrict people from having access to guns temporarily through the court during a crisis when they may be a harm to themselves or others.”

Though permitless carry received the most attention this year, OK2A has worked with the Legislature on 38 separate gun bills.

“This was actually a constituent request bill,” Newton said. “The one that first brought it to my attention was a correctional officer at one of our correctional centers. He can carry a gun at work all day, and yet he can’t have a concealed gun on him off work.”

One of the reasons this new law is important, he said, was the nature of becoming an American citizen. In order to do so, a person must renounce the citizenship of their home country. While there are some countries such as United Kingdom, Canada and Israel that recognize dual-citizenship Americans, others do not.

“For some of them, especially in these eastern European nations, it makes it almost impossible for them to go back to their families because they’re not residents there,” Newton said.

Though Newton is adamant the bill was his idea resulting from a conversation with a constituent, it achieved the same goal as a bill introduced by OK2A in 2012 and 2013.

In a December 2017 email to Newton, Spencer wrote, “I looked back through and this bill was introduced in 2012 and 2013. There were many other bills passed in those years such as Open Carry so our efforts were used to pass those. There was never really any push back against the concept of the bill. … We will provide you with talking points and any other assistance with this bill, including a senate author.”

Regardless of where the bill originated, there is a clear link between gun advocacy groups and the state Legislature. Rev. Lori Walke, associate minister at Mayflower Congregational United Church of Christ in Oklahoma City, believes the state’s gun culture has been developing this way for years. Walke has lived in Oklahoma her entire life. She was born and raised in Moore and earned degrees at Oklahoma State, Phillips Theological Seminary and Oklahoma City University School of Law.

“In a lot of ways, I think there are like two different Oklahomas. The one that I grew up in and I still think is actually the culture around here is reasonable gun sense — that guns are to be respected but not glorified,” Walke said.

This is the Oklahoma, she said, that most of us know and live in.

“And then there is this other Oklahoma that is made up of fundamentalist or fringe groups that glorify and worship guns in a way that makes them advocate for gun rights before they advocate for civil rights,” she said.

Walke is involved in work throughout the community, including with Moms Demand Action. She is aware of the big players on both sides of the issue.

“OK2A can sound very loud and very scary, but that’s not actually what most Oklahomans advocate for,” Walke said. “Most Oklahomans want reasonable gun control. They want to use guns for what they’ve always used guns for — target practice, hunting — but not as the most important things in their life.”

A spokesperson from the Oklahoma chapter of National Rifle Association declined to be interviewed for this story.