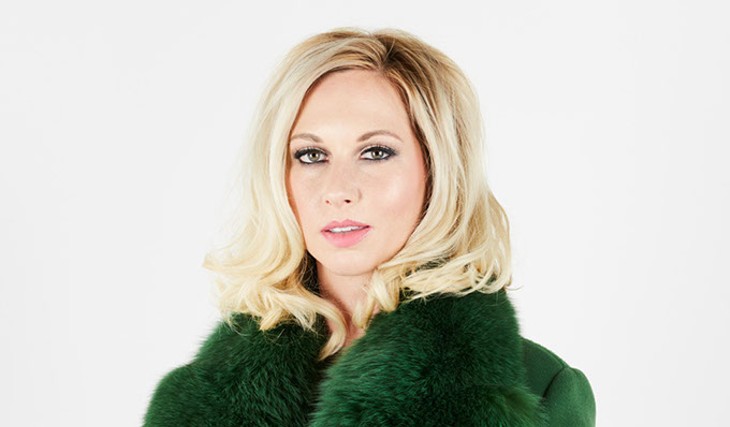 This month sees yet another entry in Oklahoma City singer-songwriter Cami Stinson’s growing resume with the release of “Bring Me a Home for Christmas,” a new track release that coincides with November’s National Adoption Awareness Month.

Stinson, who was adopted out of the Oklahoma Department of Human Services foster care system with her brother, said she wrote the song specifically to combat common stigmas and misconceptions associated with foster children.

“One thing I feel really strongly about is the fact that I turned out okay and I can use music for this platform to help raise awareness for all these kids that need homes,” Stinson said. “I basically wanted to stand up and say I was adopted from DHS foster care. I was not a private adoption that cost $50,000. So was my brother, and we’ve both gone on to become successful people.”

The song, featuring Adam Ledbetter on piano, is another collaboration between Stinson and OK Foster Wishes, an Oklahoma-based nonprofit dedicated to supporting and raising awareness about the more than 10,000 children in the state’s foster system. She performed at the organization’s first Snow Ball fundraising event last year and said she intends to perform at the event again in February at The Criterion. The track, produced by Raul Alfonso and recorded and mixed at The Music Group Studios by L.G. Hamilton and Bryce Zabric, can be streamed at soundcloud.com/cami-stinson.

Stream "Bring Me a Home for Christmas" here:

While Stinson was initially terrified of the prospect of singing in front of crowds, her love of music started early and only grew over time. It’s a love she later discovered she also shared with her biological mother, herself a singer.

Recent notches on her already impressive belt include the formation of her band Vastye and release of the group’s well-received Come Around, a six-song EP released in September.

Come Around represents a noticeable evolution in sound from Stinson’s jazzier 2009 debut In the Morning. She credited the shift to the combination of her traditional jazz and country influences and Oklahoma producer and cowriter Matt Stansberry’s modern pop fluency.

“He kind of pulled [the album] into more of a pop realm, whereas I probably would have pulled it too far into [jazz and country] and we were trying to make a more universal-sounding record,” Stinson said.

The final product sports melodies “more chromatic than pop,” she said, with beats inspired by hip-hop. She cited her love of harmony as a major element in bringing together such a wide variety of sounds.

“As long as it’s got interesting melodies and a good beat, I have fun doing it,” Stinson said.

“I knew that it would be great, and then I also think it’s important to support our community, grow the scene and produce good stuff here,” Stinson said.

She described the metro’s community-oriented music scene as conducive to artistic creativity and innovation.

“I do really well in that environment just being from a small town,” she said.

She also attributes the city’s creative growth and connectivity to the rise of the Academy of Contemporary Music at the University of Central Oklahoma (ACM@UCO), where she teaches as an adjunct professor.

As with her early foray into music in general, Stinson said she was hesitant at first to assume the mantle of teacher. Once there, her early doubts quickly evaporated.

“I seriously love going to work,” she said. “It’s like being around people that I would choose to hang out with to put them altogether.”

She said finding a balance between her teaching career and her art keeps her excited about music and also provides a medium in which to stay plugged into the ever-shifting landscape of the music industry.

For Stinson, success is not measured in worldwide fame or sold-out arena shows but by the satisfaction drawn from her craft — a peaceful state-of-mind she said she did not reach overnight.

“I used to really want to leave Oklahoma,” Stinson conceded, explaining that a lack of resources made it hard to move elsewhere.

Rather than be bitter, she opted to shift her attitude.

“I changed my thinking to, ‘Okay, if I can’t move where all the cool things are happening, maybe I can just make where I am better and cooler,” she said. “Now I really like being a part of that.”

Vastye’s Come Around EP is available via iTunes. For more information on Stinson and Vastye, visit vastye.com.