Compared to Cope’s previous offerings, this new journey is a bold progression into fresh sonic territory. 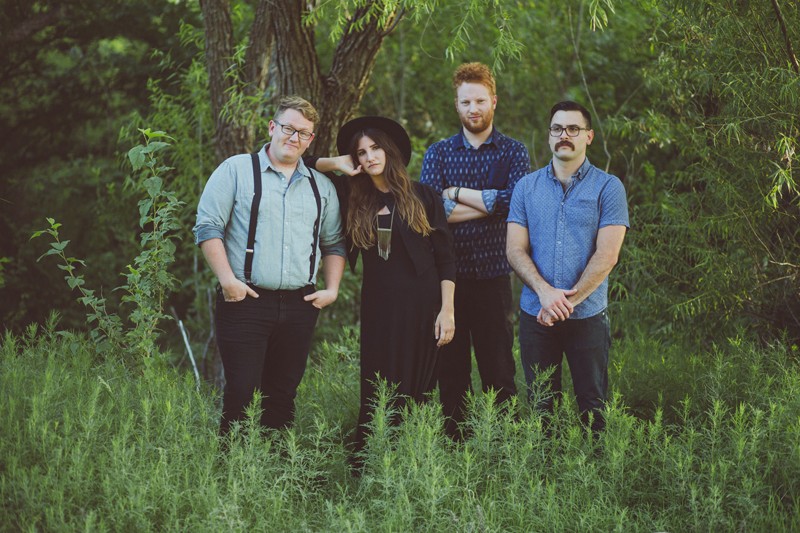 Chelsey Cope’s new band, Elms, is as earthy and native to Oklahoma as the trees that are their namesake. The soulful folk four-piece’s debut EP, Parallel Lines, was recorded at Bell Labs Recording Studio in Norman and is on its way in September. But the band has already given us a tease, with its first single, “Burn,” going live on SoundCloud on July 14.

Compared to Cope’s previous offerings, this new journey is a bold progression into fresh sonic territory, but it’s an easy leap from her earlier style and unmistakably “Chelsey Cope.”

“It’s a pretty natural evolution of her sound. All of us like her music too much to change it too drastically,” bassist Michael Bewley said.

Cope’s honest, passionate, never overprocessed tunes and unique voice have been the hallmarks of her music, and that isn’t going away. Those familiar with Cope’s 2012 EP, A Deeper Root, will recognize her classic songs in Elms’ arsenal, but each old favorite has a new spin thanks to creative input from all members of the Elms brain trust.

“Everyone has their own style and character,” drummer Billy Reid said. “Now that the band feels more democratic than it was in the past, the sound is going to change because our personalities are going to come out more.”

The transition from singer/ songwriter to full-scale band is a long time coming for Cope.

“We think about it as a team,” she said. “Watching so many bands for so long and standing in the audience, I was like, ‘I want to try that.’ After playing by yourself for so many years and seeing what level you can reach with so many musicians coming in, you pretty much have to.”

For the past two years, Cope’s lineup of musicians has been a whirlwind. However, for the past six months, a pretty solid band has been assembling. Reid and Bewley have been playing with her for a long time, and Chavez Soliz added his guitar just a couple of months ago. Soliz has played in local bands since he was in his mid-teens, and Reid and Bewley have storied musical histories as well.

A Tulsa native now based in Oklahoma City, Cope has been singing and writing songs since she was 13, borrowing time on her older sister’s guitar when she could. Cope cut her teeth on the twin influences of Tchaikovsky’s Nutcracker soundtrack and Tom Waits’ Bone Machine — two CDs her stepdad gave her when she was little. He was a traveler, always coming back from someplace far away and often returning with exotic musical instruments that would then fall into Cope’s hands.

“I’d play with that stuff all the time,” she recalled. “When you’re meant to do something, all you need is your introduction to it.”

It seems Cope is meant to create music, and the advent of Elms might be the spark that lights the powder keg.

“I never felt strong enough as a musician to tour,” she said. “I think now, more than ever, it’s time for all of us.”

Elms has two dates in Texas next month: Aug. 15 at Dan’s Silverleaf in Denton and Aug. 16 at The Blackheart in Austin. But first, the band will play at The Society’s anniversary party Aug. 11. After they return from Texas, Elms will play an album release show Sept. 20 at a soon-to-be-announced location.