Lawmakers will likely reconvene at the Capitol, should state voters approve medical marijuana. 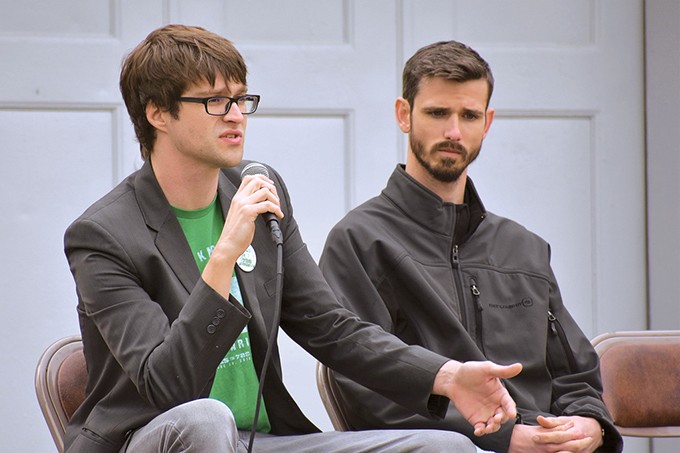 Both bodies of the Oklahoma state Legislature adjourned earlier this month with several lawmakers eager to hit the campaign trail ahead of the June 26 primary elections. But legislators did not leave the Capitol with a clean plate of tasks and will likely be called back to the table shortly after next month’s polls close.

Lawmakers’ workload for a potential special session will be largely determined by whether voters approve State Question 788, which would legalize marijuana for medicinal purposes. The Legislature was expected to set up a framework in which medical marijuana could be properly regulated and sold but instead opted to wait until after the statewide vote.

Language within SQ788 gives the Oklahoma State Health Department 60 days after the measure’s passage to set up an office for the processing of license applicants. It also states that applications should be made available within one month of the approved vote.

But legislators are expected to amend provisions of the measure, should it pass, and special session work might delay the speed at which medicinal marijuana becomes available to prospective buyers.

On the surface, it could appear that a lack of action within the regular session was bad news for the fate of medical marijuana. While the lack of a predetermined framework is not ideal, many of those lobbying and advocating for SQ788 do not view a potential special session as a defeat.

“I would have preferred that [lawmakers] worked it out during the regular session, but I think Oklahoma has a lot of issues that they needed to go over,” said Jimmy Shannon, owner of Norman-based cannabidiol (CBD) manufacturer Ambary Health. “Honestly, I think the fact that we’re having this conversation is positive within itself.”

One bill that looked to address SQ788 in-session was Senate Bill 1120, authored by Oklahoma City Republican Sen. Ervin Yen. The bill, among other things, sought to define the conditions for which medical marijuana could be prescribed. The language within SQ788 expressly specifies no qualifying conditions.

Frank Grove, Oklahomans for Health co-chairman, said he was more concerned about enacting bad legislation during the regular session than no legislation at all. He believes Yen’s bill is effectively dead and will not return in any form.

“The fact that the enacting clause was stripped and the session was ended without it ever going to the House floor gives us a pretty good indicator that when we do go into a special session, it’ll be a relatively clean slate,” he said.

Grove said SQ788 was designed to force the Legislature to act fast.

“We’ve seen other states that have dragged their feet for years, and Oklahoma patients deserve better than that,” he said.

Shannon does not like that a special session necessitating the use of taxpayer dollars will be needed to chisel out medicinal marijuana’s framework, but he adds that the incoming financial boost for the state makes it more than worthwhile.

“Oklahoma is going to be able to reap the benefits, so I think that [a special session] is neutral,” Shannon said. “I see positives on both sides.”

While SQ788 advocates are gearing up for a potential special session, an adversarial coalition is hoping to derail the measure before that gets a chance to happen.

Wes Glinsmann is executive director of Oklahoma State Medical Association (OSMA), one of several groups that have come together since May to form the super PAC (political action committee) SQ788 Is Not Medical. Glinsmann said he is alarmed by the very idea that a special session might be needed to implement the passage of the measure.

“If it’s so poorly written that we already know for a fact that the Legislature is going to have to fix it, that should be a red flag,” he said.

Glinsmann said the coalition’s primary concern is that SQ788 is too broadly written and state voters do not fully understand what it does.

“We really feel this is much closer to recreational marijuana than medicinal marijuana,” he said. “If that’s what people want, then so be it. But what we’re trying to do is make sure people have all the facts and are aware of how broad this actually is.”

Glinsmann is concerned by the lack of defined conditions for which marijuana could be prescribed. He also does not believe the health department is equipped to facilitate the requirements.

Should SQ788 find voter approval, Glinsmann said OSMA would like to be invited to discuss its implementation in special session. He also added that OSMA does not take issue with any of the CBD products currently legal for Oklahomans to buy.

“We didn’t have any problems with that,” he said. “This is not a case of OSMA or anybody in the coalition taking a blanket anti-medical marijuana stance. We’re just opposed to 788 as it’s written.”

Grove has not been blindsided by those who take issue with SQ788.

“The opposition is ramping up,” he said, “but simultaneously, our activities are ramping up as well. I believe they’re going to have more money than we do, but we have probably 1,000 times the manpower.”

Grove said a lack of specified conditions or limit on the number of licenses are both necessary for medical marijuana’s free market development.

Regarding Glinsmann’s concerns about the health department’s ability to facilitate medical marijuana licenses and regulations, Grove said he is in favor of the department setting up a cannabis commission that would become its own separate agency funded through marijuana taxation. There was a House Bill authored by Rep. John Paul Jordan that would have created provisions for such a commission in the regular session, but it did not complete the legislative process before adjournment. Grove believes the creation of a cannabis commission will still be in play during the special session and should be made a priority.

Shannon, who lived in Colorado when the state’s voters approved their own medical marijuana measure, said the rhetoric against SQ788 sounds familiar.

“I’ve seen this happen before, and I’m seeing it happen in front of my very eyes right now,” he said. “It’s the same argument.”

He added that opposition to medical marijuana is not uniquely found in Oklahoma and those who claim others are uneducated on the topic likely misunderstand it themselves.

“I think it stems from the stigma and the miseducation that the American people have had,” Shannon said.

While there is still work to be done on how medical marijuana would look in the state, should it pass a vote of the people, Grove believes support for marijuana as valid medicine worked its way to near bipartisan backing from legislators this past session. He thinks this kind of support should play out in the SQ788 results as well.

“A lot of folks who would have been traditionally shunning this issue or saying nothing are diving in to support,” Grove said. “That gives me confidence.”