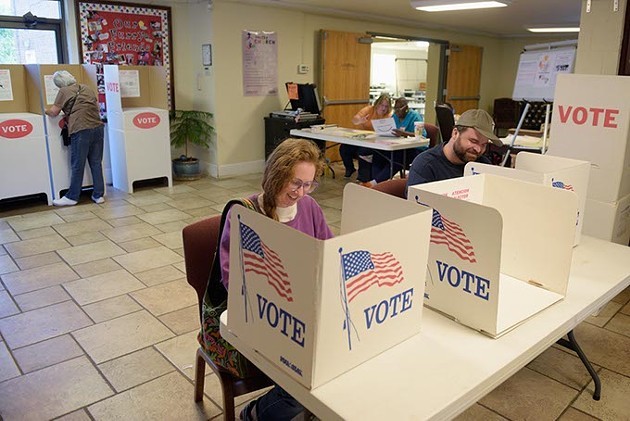 
More than a million votes were cast for the 2018 midterm elections, according to Oklahoma State Election Board. Even with the high voter turnout, no major issues were reported.


“There was nothing out of the ordinary. It was a very smooth election for us considering the voter turnout,” said Bryant Rains, Cleveland County Election Board executive secretary.


Issues reported were common and easy to resolve – things like ballots getting stuck in machines or voters going to the wrong location, said Doug Sanderson, Oklahoma County Election Board secretary.


Ballots stuck in machines can cause delays but are not out of the ordinary, he said, especially when it comes to long ballots.


“It’s just a matter of pulling the ballot out and reinserting it straight into the machine,” Sanderson said. “Sometimes it can get jammed in there, which may require a technician to come out.”

Despite that, Sanderson said this didn’t cause big problems.


Sanderson and Rains said lines were longer than they were for the 2014 midterm election in both counties but there were no reports of significantly long waits.


“I don’t remember hearing as many complaints about long lines this election at the polling sites like we did at the presidential election,” Rains said.


Sanderson said this is because of how well the State Election Board did reminding voters about the elections and their online resources, where they could confirm registration, find their polling site and view sample ballots.


“The state election board really emphasized, for this election, for voters to prepare before they go to the polling locations,” he said. “I think voters heeded that advice.”


Sanderson said it was encouraging to see the high voter turnout.


“We’re proud of our voters in Oklahoma, that they came out and made their voices heard,” he said. “It’s always good for democracy the more people that participate.”