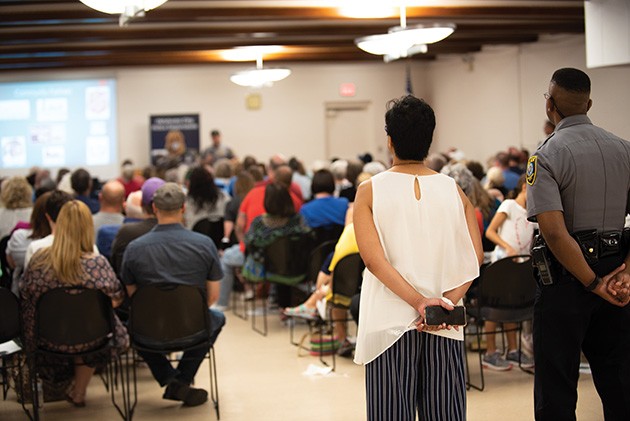 Social media has grown into one of the most efficient tools for law enforcement agencies to solve crimes. But bigoted and racist posts from officers’ personal accounts cause people to question how they can equally police all communities.

Barely a month after graduating from the academy, Tulsa officer Wayne Brown was terminated for his previous anti-government and Islamophobic social media posts. Tulsa police chief Chuck Jordan determined the posts violated department policy, which led to Brown being fired, according to a statement from the department.

“Adherence to the department’s code of conduct is required in the personal use of social media,” according to the Tulsa Police Department policy manual. “In particular, department personnel are prohibited from posting … forms of speech that ridicule, malign, disparage or otherwise express bias against any race, religion, or protected class of individuals.”

The policy states officers must use their personal accounts in a “manner that does not discredit the employee, a co-worker” or the department. Additionally, any violations to the policy — posting vulgar language or images, anything intended to incite social disorder, any image or language inflammatory to any protected class or anything contrary to an image of positive public trust — are grounds for “disciplinary action, up to and including termination.”

“Especially in law enforcement, when you are on social media — even when you’re private — you have to remember that you are a public employee,” Myers said. “Just be very careful with the types of information that you’re putting out there. Obviously, you can lose your job if you’re putting information on your social media that can publicly be considered negative.”

Oklahoma City Police Department’s (OKCPD) policy makes distinctions between different types of profiles. Business, department and investigative profiles are established by the department for official reasons, while personal profiles are set up by individuals and not considered a product of OKCPD.

“Police employees who have personal social media profiles shall not post, communicate, upload or share any words, information, images, pictures, documents or files to their profile or other social networking sites that would otherwise be a violation of federal or state law or departmental policy, procedure or rule,” according to the Police Operations Manual.

The manual also includes a nondiscrimination provision stating that employees’ conduct resulting in intentional or unintentional discrimination or harassment with regard to race, color, creed, disability, age, religion, sex or national origin is prohibited. 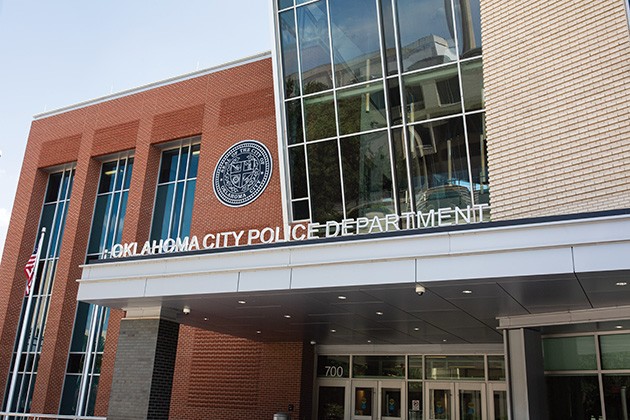 SSgt. Jennifer Wardlow started working with Oklahoma City Police Department (OKCPD) in 2002 in patrol. She eventually worked in the Public Information Office for seven years before moving to Crime Stoppers.

“This was about three and a half years ago. Basically, Paco Balderrama — he’s now a deputy chief — he was my boss at the time, and we had had several conversations about how social media was growing,” she said. “We were starting to use it more and having success solving cases. Anyhow, we had the idea of merging Crime Stoppers and social media together because from our experience, it was a natural fit.”

Wardlow, who also serves as Crime Stoppers manager, became the first and remains the only social media manager the department has had. Before this, the department’s Twitter account went mostly unused and its Facebook account, while more active, was still rarely used. Around 2015, officials began making more concerted efforts to post consistently, which Wardlow said led to better interactions and more followers.

“That’s exactly what we wanted because we’re a police department first and foremost, so we have cases that we want to get solved, which the community has been wonderful helping us, sharing things and helping us identify people,” Wardlow said. “We probably get about 20 messages a day. Sometimes on busy days, it’s a lot more than that. … That’s been a great tool because 20 years ago, who would’ve thought you’d be able to get on the computer and message the police department, and within just a few minutes, you’d have a sergeant responding to you directly?”

Myers started the department’s social media accounts almost a decade ago. In 2013, several media outlets reported their Twitter account had more followers than any other department in the country.

“I come from a news background, and at that time, I always felt that through social media, we have basically a 24-hour news station that we can put information out about our agency,” Myers said. “We started being strategic and teaching people about our agency and communicating with the public about what goes on within our agency. … We’re also able to show people that we’re your neighbors, we’re your friends, we’re family members.”

Social media has made solving cases much more efficient, Wardlow said, especially since departments are able to reach a large portion of the population at once.

“We actually had a case where we released a photo on social media and, I believe it was within two minutes, I got a call at Crime Stoppers of somebody identifying the suspects,” Wardlow said. “I mean, it doesn’t get any better than that. Not only is it happening, but it’s happening quickly. I believe the old record was four minutes, but then this was two minutes. It’s amazing; people see it, they share it and then they call.”

Wardlow and Myers measure their success using social media through increased engagement and follower counts but also through a change in perception.

“There’s this perception that we’re just robots with badges, and that’s just not true,” Myers said. “We’re very community-oriented, and we were able to really show people who we are as an agency. … Whether good or bad, people can communicate and give us feedback, and then we could address issues that the community felt we needed to address. One of the greatest tools is to be able to reach a large audience.”