Some of OKC's brightest minds to attend creativity forum 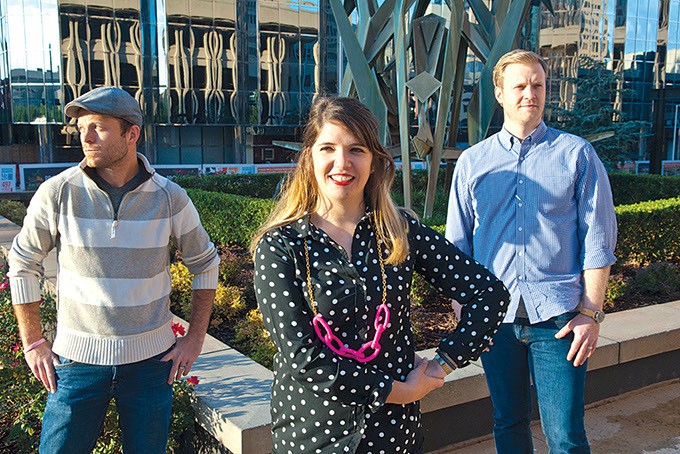 This November, Creative Oklahoma will send its delegation of 17 homegrown artists, entrepreneurs and innovators to the Creativity World Forum in Kortrijk, Belgium.

“Instead of seeking out people in government, we decided to look for people who are out there in the thick of it, that are risking capital,” Doug Sorocco, Creative Oklahoma commerce committee chair, said.

One of those people in the thick of it is Justin Briggs. Briggs serves as the director of Accele BioPharma, a company focused on both research and the capital management of life science technologies, including ways to combat Ebola.

Briggs said that biotechnology is often overlooked as a creative endeavor.

“Creativity manifests an idea into something physical,” Briggs said. “In my field, you have to come up with something no one has thought of and you have to actualize it.”

Briggs joined Accele this year. He also serves as a consultant for many software companies across the state. Since his professional career began, he has noticed a change in how the rest of the world views Oklahoma.

Jonathon Stranger, chef at Ludivine, 805 N. Hudson Ave., was selected as a delegate for operating a restaurant that takes ingredients from local farms and brings them directly to your fork.

“That’s injected right back into the community. Think about if more restaurants did that,” Stranger said.

Cayla Lewis, community relations coordinator for Downtown OKC and part of Oklahoma’s delegation to the World Creativity Forum, is part of the team that makes sure that happens.

Lewis’ main goal at the forum is to show international business leaders Oklahoma is “the place to be.”

“Oklahoma is up-and-coming; it’s booming. I think we’re at the forefront,” she said.

Oklahoma will have more delegates than any other region at the forum, Sorocco said.

Presently, Creative Oklahoma is the only North American member of the Districts of Creativity Network (DCN), which links 14 regions of creativity across the globe, nine of which reside in Western Europe.

The event, running Nov. 4-6, features speakers such as Will.i.am, Guy Kawasaki, Marco Tempest and Zaha Hadid. Attendees will have the opportunity to interact directly with speakers and network with creative minds from across the planet.

Print Headline: Creative streak, A group of Oklahomans will serve as delegates to a forum on creativity.