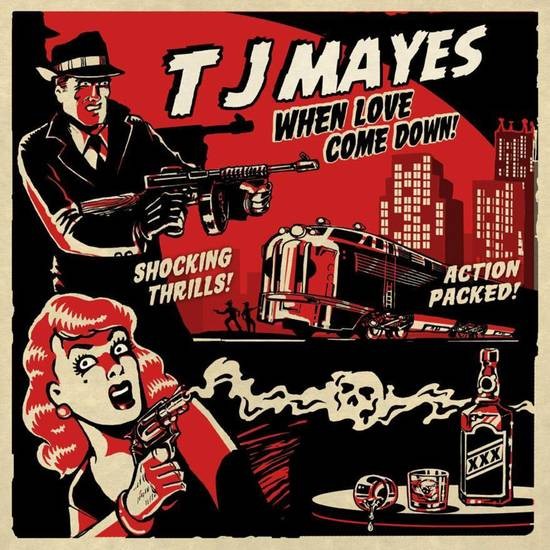 Fifties-era rock ’n’ roll had been long overdue for a rebirth. Thankfully, the stockpile of capable luminaries has not been in short supply over the past few years. Nick Waterhouse, the Allah-Las and Hanni El Khatib have all proven to be up to the task of faithfully updating that sound, while Tulsa’s own J.D. McPherson is one of the foremost names in that fight with his breakout single “North Side Gal.” Don’t be surprised to see Shawnee-based singer TJ Mayes join those ranks shortly.

“When Love Comes Down,” the lead single and title track from his upcoming debut, is so authentic it might as well come with a pack of cigarettes and jar of hair grease. It’s a sparse, spooky little jaunt with a saucy standup bass groove and some effective gang vocals sprinkled liberally throughout.

The track isn’t a hollow gesture, its pores bleeding an unquestionably genuine love for its source material (Chuck Berry, Carl Perkins), and Mayes’ wholesome voice and the backing bands’ rich musicianship more than serviceably do the trick.