Ballet is more than tights and tight buns. It’s a symphony of moments when the scrape of feet resound with the tapping of pointes. Spry limbs tense, flex and soar, a fluid flash of grace only those most committed to its practice can achieve.

Jock Soto is most committed.

Soto coached students on Balanchine technique and pas de deux. French for “step of two,” a pas de deux is intuitively a classical dance for two typically performed by a male and female. The steps for each dancer are similar and done in unison.

“It's basically a class on how to partner,” Soto said. “It's very important because if a male dancer doesn't know how to partner with a ballerina, he's kind of lost. He won't get far.”

Soto, whose ancestry is Navajo Indian and Puerto Rican, began his career as a corps de ballet member at the New York City Ballet after training at the School of American Ballet. Over the course of his 25-year career, he danced works by George Balanchine, Jerome Robbins and Peter Martins, retiring from dancing in 2005 at the age of 40. He has garnered a handful of awards including the Casita Maria Award for Hispanics, the Dance Magazine Award and The First Americans in the Arts Trustee Award, and has taught at the School of American Ballet in Manhattan since 1996.

In 2011, Soto published his memoir Every Step You Take, which details his early life in Arizona, his gay identity in the shadow of an imposing masculine father and his struggles transitioning from the desert to the highly sophisticated world of New York ballet. In addition to his teaching, Soto also held a book signing and showed a PBS documentary about his life, Water Flowing Together.

George Balanchine founded the School of American Ballet and created the Balanchine technique, which Soto taught at OU. The technique, Soto said, was developed for quickness and precision.

Soto's visit is his first to Oklahoma, despite his Southwest upbringing. He previously taught at Washington University in St. Louis as a visiting artist, among others. 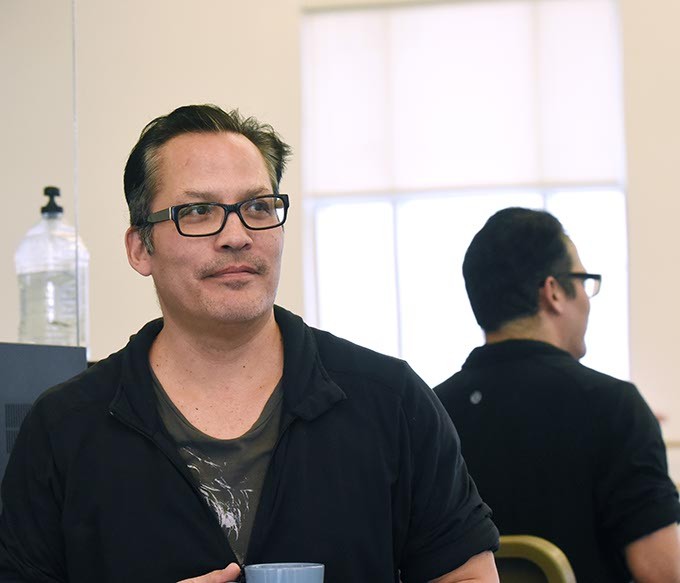