On her first full-band EP, the OKC indie folk-rock artist grows her feminist footing with a bigger musical and emotional palette. 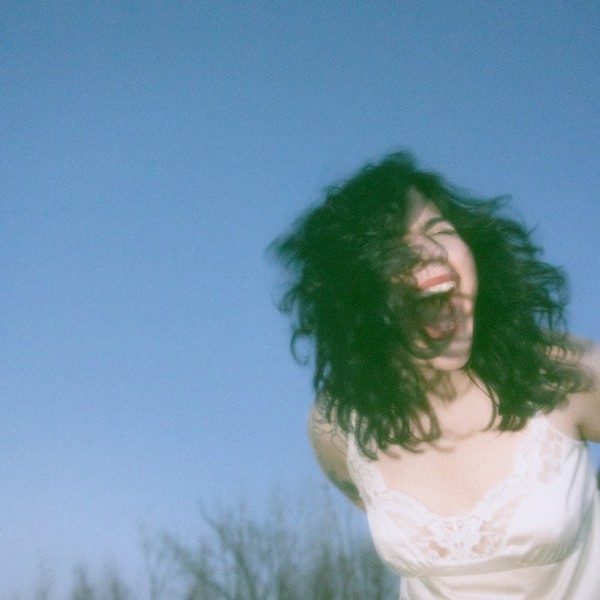 Keathley describes her newer songs as “angry girl music.” It may not seem so at first blush, but listen in. The primal scream album art will begin to click.

During the opening seconds of Burning Bras, the new full-band EP from the Guthrie-born singer-songwriter, the soft sweetness is undeniable. Starting track “Lucy” begins with hushed drums and shimmering guitar to set a mild tone as Keathley sings, “I met a girl named Lucy / She has pretty hair and green eyes.” It seems innocent enough, and that’s the twist with Keathley.

With a saccharine, almost coy vocal presence that has gotten all the more cutesy since her solo debut, 2018’s Momma & Pops, her intonations invoke a Powerpuff Girl combo of sugar and spice. Her lyrics, though, range from passive-aggressive to outright angry on Burning Bras.

The narrative of “Lucy,” for example, is told from the perspective of a shallow guy who is opportunistic toward the song’s namesake. It completely deconstructs his fuckboy tendencies through the utterance of his own poorly-veiled words. It is a highlight of the four-track album for its nuance and empathy, but the EP isn’t afraid to get blunt either.

Keathley’s most popular song at live shows is arguably “Xombie,” a mid-tempo jawn that slings sophomoric chorus rhymes to escalate into a bridge that finally callously erupts with, “Fuck you, fuck you / Fuck everything you do / Fuck your mom, too.” It’s here at the climax of the EP that she finally digs down to unearth the screaming intensity that has been buried until now, not unlike a zombie.

Credit is also due to the Burning Bras, which is the name of Keathley’s backing band when she isn’t rocking solo (hence the EP title). Setting aside the red herring that bra-burning is something of a media myth, it sounds like the mostly male musicians are thrilled to elevate her songs with a resourceful bag of tones and effects.

The case study in this regard is “Silhouettes,” a song that was released last year as a sparse, atmospheric solo single. That may be the more fitting approach for a tune about nightfall intimacy, but on Burning Bras, the full-band version offers its charms, too. It brings more drama to its emotional themes, swelling calmly in layered pedal steel and seafoam cymbals in a slightly higher key than the original.

A song like “Silhouettes” again doesn’t register as “angry girl music” until one considers that it comes from a place of betrayed vulnerability. Here, though, it implies that these songs contain sad girl music, too, and that is literally echoed in lyrics like, “It’s so sad that I’m so sad” on “Xombie”. Truthfully, Burning Bras is a swath of emotion, born of the messy trials of youth and casual relationships.

In some ways, the EP is an exercise in processing these experiences, but in others, it is unapologetic ownership of the full spectrum of feminine emotion. In the lyrically crafty and adventurously produced closer “For Good,” Keathley and the Burning Bras crest in a brief but strong alt-rock march, carrying a banner that sings, “Oh, it’s hard / Oh, it’s tough.” It could feel like a wallow in self-pity under different direction, but it doesn’t here. It’s an ode to carrying on despite the difficulty, and for other angry girls out there, it might just be the parade they need to witness.