Student Film returns with synth-laden until we are in fashion again. 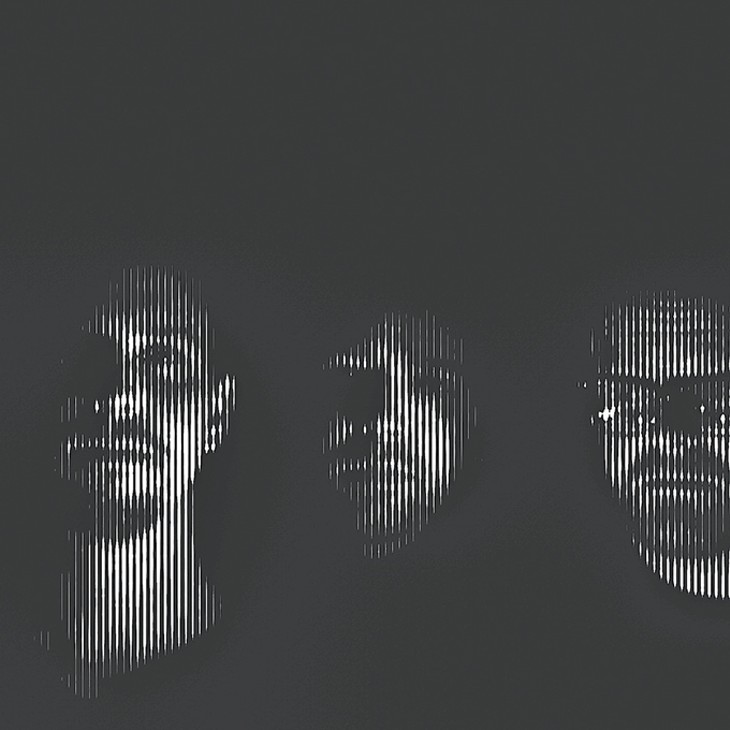 Student Film was once known for having as many as a dozen members in its rotating ensemble cast of players. But even though the current roster is down to just four, the cerebral Oklahoma City rock band is sounding as large as ever.

The band — comprised of lead vocalist, synth-player, songwriter and founding member Justin Rice, synth-player and vocalist Chris Anderson, bassist Taylor Johnson and drummer Drew Ramsey — was founded in 2003 and has had a productive 15-year history despite some periods of extended inactivity.

While the band was cumbersome in some of its past forms, a trimmed-down model offers more efficiency.

“I think it’s a lot easier to have a smaller number of people, just as far as practicalities are concerned,” Rice said in a recent Oklahoma Gazette interview.

Its new album until we are in fashion again was released May 4. The nine-song record is different from the guitar-driven rock Student Film fans might be familiar with, but the band finds great success with the fullest dive it has yet to take into a newfound fascination with synthesizers.

Rice took some time to speak with Gazette about the new album, pulling his last album from the internet and recording a pop cover of Cheyenne’s “The Whale.”

Oklahoma Gazette: When was this record written?
Justin Rice: A couple of songs were written before Student Film took a break, because we took a break in 2013 and ’14, so a few songs came before that. And during the break, I just kept writing and wrote a bunch of songs. When the band got back together, we just kind of picked the ones we liked the most.

OKG: Interesting. So some of this had been saved up for quite awhile.
Rice: Yeah. So, basically, 2013, ’14 and ’15, I did most of the writing [for this project]. We spent the last couple of years trying to get the right-sounding recording and trying to shape up a band again, which was kind of difficult.

OKG: What was the cause of the break that you all had?
Rice: Well, we were just kind of spinning our wheels. Things went really well, I think you could say, for the first several years. It was a pretty good time. Then there were a few years there when it felt stagnant and there wasn’t really any growth. There were also differences in what people wanted out of the group. When you have so many people, you have a lot of different voices and a lot of different tastes and visions and stuff.

The break was good because it had been 10 years and we had traveled some. We had played a ton of shows, mostly in the region. And it’s just good, I think, to take a break anyway, you know? To kind of set it down and not worry about whether or not we were going to do it again.

OKG: The sound on this album feels very atmospheric. I feel like I’m being transported somewhere when I put this on.
Rice: Good.

OKG: It seems like you took a different approach to the instrumentation on this project.
Rice: Definitely. I have really developed a taste for synthesizers, and so have the other guys in the band. We were able to bring synths in in a way that we hadn’t before. Mostly the band had been guitar-based, so it was nice to write songs based off of keys and bass.

OKG: Did Taylor Johnson have a big role in producing this record?
Rice: He did; he worked at the end of it. Chris Anderson is the one who recorded and mixed the vast majority of it. But Taylor definitely mastered it, and he’s working with us on the next batch we’re recording right now. He’s really fun to work with.

OKG: So you all are working on new material?
Rice: Yeah, we’re hoping to just put them out as small EPs starting at the end of July, hopefully. It could end up being a record, but we’ll probably just end up doing EPs and singles for the rest of the year.

OKG: That’s cool, especially considering for a while, there was a gap where people wondered if they would ever hear anything again.
Rice: Yeah, definitely.

OKG: I love the song “Deep Blue Pool” and the songwriting on there. It has this opening line, “Don’t expect your rejection of science to go well for you.” I was hoping you could elaborate on the meaning of that song.
Rice: I was thinking it was a reference to people who try to ignore or deny climate change or maybe even evolutionary biology. I guess it’s sort of a culture war chat.

OKG: It’s amazing how science is routinely politicized when it’s supposed to be neutral and fact-based.
Rice: It’s frustrating. With my job, I teach, and I think a lot of people just don’t appreciate thinking about things at a deeper level or appreciating complexity or something. It’s just not widespread, that sort of value.

OKG: I know you all were also involved on the Cheyenne Songs compilation. How did that get set up? Did [Cheyenne frontman] Beau [Jennings] approach you?
Rice: Yeah, I think he did. I don’t know if he talked to me or if I demanded he let me do it. I might have demanded he let me do it. But it was nice of him to let us. We worked on it for months and tried several different drafts, so we were way behind schedule. He was patient, and it was nice to be on it.

OKG: What’s it like to approach a cover like that from someone you know?
Rice: I think my thought was that I wanted to turn it into a pop song. Most of the songs, I think, wouldn’t work as pop songs, but I think that one could. We basically just split it up and had Drew play all these different drum parts to the different parts. We added a bassist and worked our way up from there.

I would like to do a cover record at some point because it was fun and I had never really done anything like that before.

OKG: What are you working on now? Any big shows?
Rice: We’ve been mostly trying to record and book some shows for the fall when school is back in session. It’s funny because some of the people that used to be in the band also did all the booking and stuff. So now everyone who’s left is like, ‘So how do we get shows?’ It’s kind of like starting over again.

OKG: Is that exciting, in a way?
Rice: Yeah, definitely. It’s just a really nice, low-stress time for everybody. It’s very fruitful because we’re constantly writing, but we don’t feel any pressure to do anything other than just keep doing whatever we’re doing.

OKG: Do you feel like your mindset has changed in any way from the time when some of your songs were first written for this album to now?
Rice: Well, the record is basically about death and all these different ideas about reincarnation, rebirth and resurrection. I guess I was more just trying to sort through those ideas than take a position, necessarily. My ideas and thoughts on those sorts of things are always changing, that’s for sure.

OKG: Where did the album title come from?
Rice: Well, I thought about it in terms of Oklahoma City. When we first started playing, there were all these bands back in the day. Things were going well — there was kind of a scene or whatever you want to call it. And that sort of thing fluctuates, you know? And I think Oklahoma City is really flourishing compared to what it was 10, 15, 20 years ago. So the record is really about that coming back again. And that’s within the context of those bigger ideas about rebirth and stuff.

OKG: How many years of total work went into this album?
Rice: Probably three years. We had finished the Facts & Values album. I don’t really like it and wasn’t happy with it. I don’t know if anyone else was. Maybe they were. They probably were more than I was. But I jerked it from the internet and just left the single up there. But that was 2012, and this stuff began the next year.

OKG: Do you feel like you’re a perfectionist?
Rice: Yeah, I could be for sure. But this will be a nice year that the band will be putting out a lot of material and hopefully figuring out how to play shows again.