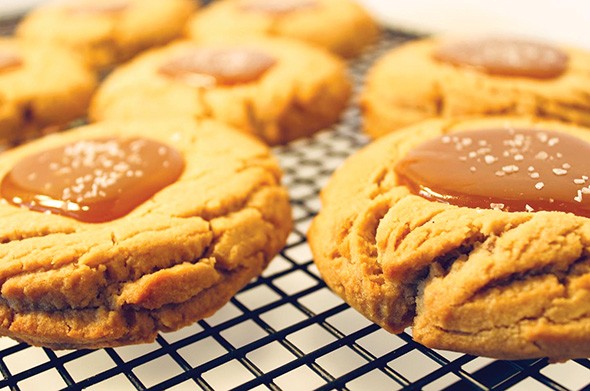 More than expanding on its mission to “spread sunshine” with delectable sweet and savory treats, Sunshine Baking Company wants to create a happy working environment for its employees from the special needs community.

Owner and head baker Savannah Tillman is a Georgia native and culinary school graduate who spent three years as the lead baker at 16th Street Plaza District’s Pie Junkie before branching out on her own with Sunshine, which opened at 7705 S. Walker Ave. Sept. 14.

Tillman grew up around Atlanta, where she developed a love for cooking and baking from her grandmother Esther K. Brown. After graduating with a degree in culinary arts and business from Bob Jones University, Tillman worked as a wedding caterer before meeting and marrying a native Oklahoman.

After the couple moved to Oklahoma City, Tillman quickly found work as the head baker at Pie Junkie, where she worked until July 2018, when the Tillmans began selling baked goods at the farmers market and other events until finding the retail space in February of this year.

An enlarged photo of Brown’s original cheesecake recipe hangs on the wall next to Sunshine Baking Company’s entrance as a way to honor Tillman’s inspiration for her love of food and service.

“She was able to host and meet a lot of people through food, and I thought that was a really amazing thing,” Tillman said of her grandmother. “We ate at her house weekly, and my grandfather was notorious for inviting anybody and she always had to be prepared. She made me fall in love with food and to meet people’s needs through it.”

Tillman also uses the same rolling pin that her grandmother used — one that originated with her great-grandmother — to make Sunshine’s sweet and savory options. 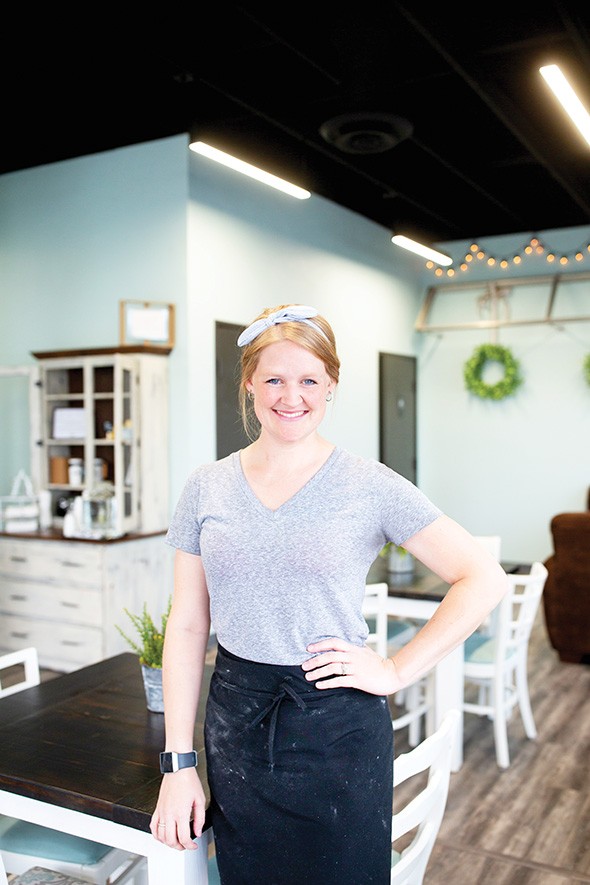 She keeps the lessons learned from her family close to heart by working with Dale Rogers Training Center to hire employees with intellectual and developmental disabilities.

“My aunt is somewhere on the [autism] spectrum, but she never got formally diagnosed,” Tillman said. “She was wrongfully fired once from a job. There is a lack of help for people there, and she was poorly treated even though she’s capable and gets opportunities turned down. … We want to promote inclusiveness and that everyone is created with a purpose, dignity and that they deserve an opportunity.”

Sunshine is closed Sundays and Mondays, but even on days the store is closed, Tillman is in the kitchen, getting ready for the week. She arrives at work at 3:30 in the morning and stays until after 5 p.m.

“This is what I wanted, so I love every minute of it,” Tillman said with a smile.

Sunshine Baking offers a mixture of savory and sweet breakfast options that turn into a lunch deal around noon and an assortment of desserts like cookies, brownies, lemon bars and cakes and cheesecake by request.

Savory options include frittatas, buttermilk biscuits with gravy, loaded biscuits with bacon and cheddar rolled with freshly cracked pepper and salt and stuffed croissants that change weekly with fillings like colby jack and turkey. For lunch, Sunshine offers a stuffed croissant with pasta salad and a cookie for $10.

Sunshine has a full-range coffee service though EÔTÉ Coffee Roasters.

“I’m a huge fan of soft cookies,” she said. “I don’t like a snap to it. I want it nice and soft and to have really good butter. If you can engineer it so that it’s always really soft and the butter is really good quality, it will be really good.”

Peanut butter cookies get a thumbprint and are topped with salted caramel. Offerings of scones like cinnamon walnut, lemon poppy seed and chocolate chip change almost daily. After a few weeks, the lemon blueberry muffin has become a customer favorite.

Sunshine offers at least one gluten-friendly treat every week, which is something Tillman has picked up since culinary school, as there is more awareness for gluten sensitivity. 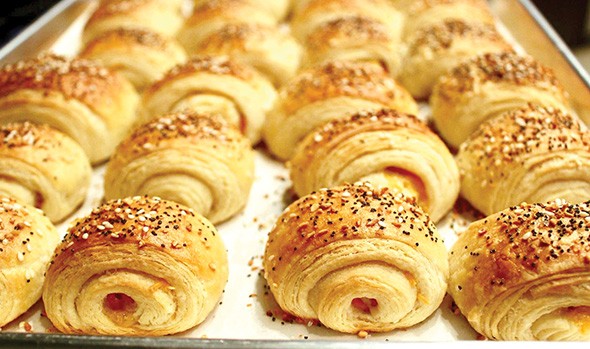 “I’ve learned that more on my own by trying out different flours and additives that mimic the gluten texture that people want,” she said. “It is the highest dietary demand — there are keto and stuff, but gluten-free is the No. 1 people ask for. It is gluten-friendly because the kitchen does have gluten in it, but we do our best to have an option because it is such high demand.”

The Tillmans were attracted to the location in south Oklahoma City because there wasn’t another similar bakery in the area. The strategic spot has paid dividends in the first few weeks.

“I’ve had this in my head since I was in high school and always thought it was down the road somewhere,” Tillman said. “Two years ago, my husband and I were talking and it turned to, ‘Well, if this bakery is actually going to happen, it’s now or never.’ We took that leap of faith and kind of dove in. I’d rather try and fail than to never know. It’s what kept pushing me.”

After building a following through cottage sales and social media, Sunshine Baking Company has exceeded the Tillmans’ own expectations for early business. It sold out during its grand opening in just an hour and a half.

“Going in, everyone tells you when you’re starting a business to prepare for a couple of months for it to be slow before you take hold in the community, and we were braced for that,” Tillman said. “It blew me out of the water that that many people were ready for us. These first couple of weeks, I have a minimum to meet each day, and we’ve gone at least two or more above every day. We’ve had a really good response, and we’re really thankful.”