Considered the largest political event in the state’s history, SRLC opened its three-day convention Thursday in the heart of Oklahoma. 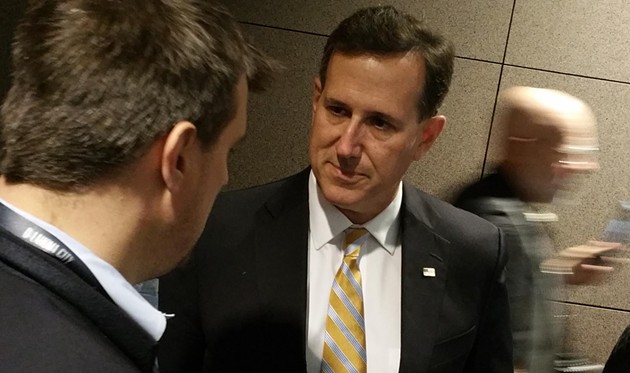 Considered the largest political event in the state’s history, SRLC opened its three-day convention Thursday in the heart of Oklahoma, a state in which every statewide office is held by a Republican and all 77 counties turned red during the last three presidential elections.

Gov. Mary Fallin continued to run down the reasons Oklahoma is a Republican capital when she took the stage but quickly took shots at Democratic frontrunner Hillary Clinton, a theme expected to continue throughout the conference as dozens of Republican candidates look for an early edge in the 2016 primary race.

"We have a diverse, wide, deep field of candidates,” Fallin said. “The Democratic Party has one [candidate]. What does that say about conservatives in America?"

In reality, a few Democrats have announced campaigns for president, but Clinton is the unanimous party favorite, offering Republicans an early face of opposition.

“I listen to people like Hillary Clinton, and I would swear that they believe you grow America by growing Washington [DC],” said Scott Walker, Wisconsin’s Republican governor, who was the first announced GOP presidential candidate to speak at SRLC.

When it came to foreign policy, Walker said Obama was not honoring his “line in the sand” and criticized him for being open to trade with Iran.

The stage wasn’t all Republican talking points and Clinton-bashing as Republican National Committee Chair Reince Priebus told the crowd the party had to step up its game in order to win the White House in 2016.

“To win a huge cultural victory [in 2016] ... will require our party and our candidate to be [almost] perfect,” said Priebus, who credited the Obama campaign for winning the data and ground game battle in 2012.

While Fallin celebrated the party’s large field, Priebus acknowledged Clinton will benefit from not having a tough primary battle.

“When our primary is done, our person is probably going to be broke,” said Priebus, adding that the Republican convention in 2016 had been moved up to mid July, the earliest convention date since 1980.

Sen. Rick Santorum, who won Oklahoma’s Republican primary in 2012, said it was not enough to label the Obama and Clinton policies as failed; candidate will have to offer solutions and a plan.

“We have to be the party that connects with the people who are struggling to rise in society,” said Santorum, who added that he plans to announce his own economic plan next week.

While speaking with members of the media following his speech, Santorum said the Republican party was “the party for the little guy."

"We just don’t do a good job of communicating it,” he said.

Gov. Rick Perry, another former candidate from the 2012 primary, spoke about closing the nation’s border, defending gun rights and lowering corporate taxes. He also took the day’s biggest shot at another candidate, saying the nation didn’t need just another speech on the Senate floor, a remark appearing to target Sen. Ted Cruz, who will also attend the SRLC.

The conference continues through Saturday, when the results of a straw poll will be announced. Friday’s schedule includes speeches from Jeb Bush, Marco Rubio and other candidates making their pitches to be the face for the GOP’s push to win the White House in 2016.

“The best days are ahead for us,” Perry said to a cheering crowd that views that better day as one in which a Republican is president.