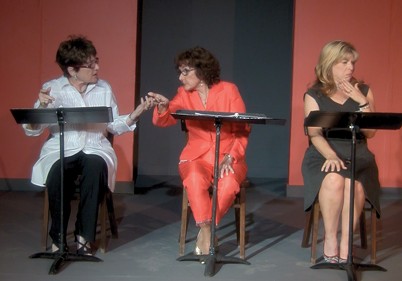 The plays presented at Best in Ten are shorter than average, but that doesn’t necessarily make them any easier to write. The benefit show, which includes staged readings of the three winners of Carpenter Square Theatre’s annual 10-minute playwriting competition, is Oct. 13.

“To really have the characters be interesting and there to be a clear storyline, it’s really kind of amazing what they can do in 10 minutes,” said Rhonda Clark, the theater’s artistic director. “I always tell people who haven’t experienced it that what’s nice about a 10-minute play is because it’s so short, you literally can remember the entire piece. … You can remember the entire plot very easily and the characters very easily because it’s not really common to have a huge number of characters in a 10-minute play.”

The evening benefits the nonprofit community theater. Clark said the plays are selected based on their entertainment value for the patrons.

“It’s a fundraiser, so we want people to have fun,” Clark said. “So if people can put together a good comedy, we really like to showcase comedies, but it’s really about the quality of the play and can the writer put together a complete story in 10 minutes or less.”

Clark added that many genres are represented in the submissions, including some plays that are hard to classify.

“We get comedies, we get dramas, we get issue-driven plays,” Clark said. “We also get some absurdist plays. … In recent years, one of the plays that we produced was based on a true story in the writer’s life working part-time in the oil field while he was going to college. And then on the opposite end of that, we had a play that took place at Christmas, and then we had a play that was about an old rock ’n’ roller. There’s always a big variety. We never know what the playwrights are going to submit.”

“You’ve got to make sure that you don’t do a lot of reading of stage directions. You’ve got to trust your actors to bring the script to life,” Clark said. “You’ve just got to make sure that on one level, there’s nothing static about it even though the actors may just be standing at a music stand. … But with this kind of thing, it’s really the words. Really with every script, the words drive it all.”

The fundraising event will also include food and cocktails. A reception begins at 7:10 p.m., and the plays begin at 8 p.m.

“It really is just like a big dinner theater party,” Clark said.

A silent auction and a wine pull will raise additional funds for the theater.

“The wine bottles are wrapped up, so you don’t really know what you’re getting,” Clark said, “except we do differentiate between red and white wine so they can grab a bottle of wine for a certain amount. And it may be an expensive bottle of wine or it may be a cheaper bottle of wine. It’s a grab bag.”

To commemorate the theater’s 35th anniversary, Clark said, people will have the chance to speak about their history with Carpenter Square. 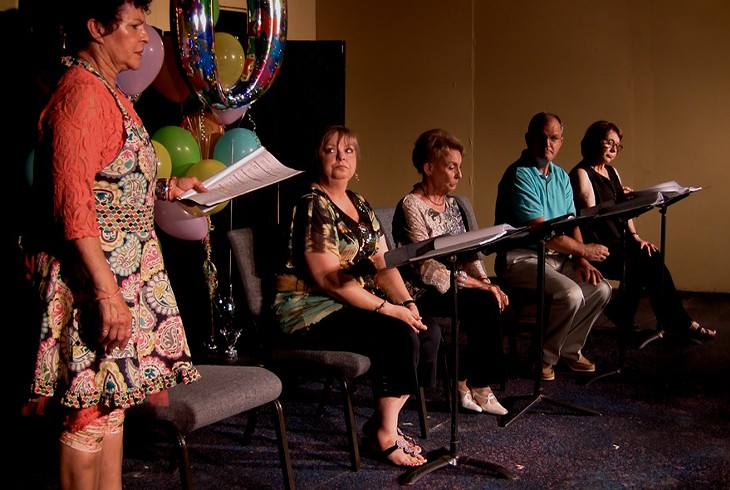 “It’s kind of a milestone, so I know I’ve been looking back at my experiences with the theater,” Clark said. “So I think it’ll be a night where we’ll be able to have some reminiscences. We’ll have people that have been involved in the theater ever since its first season. So we’ll have a few minutes — we’re not going to take up a lot of time — but we’ll have a few minutes where people can speak about their involvement over the past 35 years with theater and what keeps them coming back, either as a director or an actor or a patron or whatever.”

“We really believe in the homegrown talent Oklahoma has both as writers and performers,” Clark said, “and this event is maybe a small way of celebrating both of those things in an evening.”