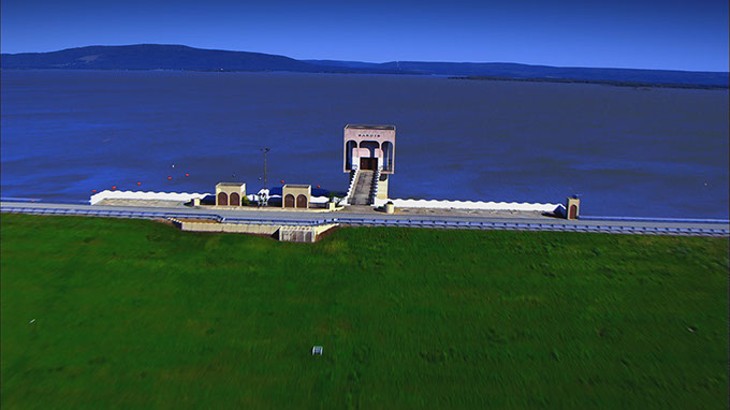 On the morning of June 15, 2010, the nine-member Oklahoma City Council gave the go-ahead for the city to pay more than $27 million for the water storage rights of the Sardis Lake reservoir. For a growing metropolis that was already five decades into drawing southeastern Oklahoma water, the reservoir was appealing. With state-issued water use permits and a new pipeline, it could wipe away water scarcity worries for future generations of people in Oklahoma City and neighboring communities.

“This is a major accomplishment on the part of the city with the strong cooperation of the state and (Oklahoma) Water Resource Board,” Ward 4 Councilman Pete White told the council after the vote approving the contract between the city and the state.

White is chairman of the city’s Water Utility Trust.

In that single statement, White predicted the future. A year later, Choctaw and Chickasaw nation attorneys filed a federal lawsuit seeking to prevent the city from obtaining a water permit to use Sardis Lake reservoir. The lawsuit hinged on questions surrounding tribal sovereignty and asserted water rights on their lands based on an 1830 treaty.

The massive federal lawsuit between the state and city and Choctaw and Chickasaw nations dragged on for five years before ending in August, when they reached an out-of-court water rights settlement that sets the stage for Oklahoma City to tap into a reliable water supply. Furthermore, it brings the tribes to the table for input on water decisions in 22 south-central and southeast Oklahoma counties. The settlement was one of four Indian water rights settlements included in the Water Infrastructure Improvements for the Nation (WIIN) Act signed into law Dec. 16 by President Barack Obama.

Quenching the thirst of a growing population motivated OKC leaders to seek another source of drinking water. Since water is critical to growth, water management and legal efforts to tap into Sardis Lake were top priorities for the council.

Oklahoma City has enough water for today and coming years, but not for the expected growth of hundreds of thousands of additional residents. That’s what makes the settlement so revolutionary; it’s a gift for generations to come.

“It really does provide us with long-term water,” Oklahoma City manager Jim Couch said during a December council meeting. “There is still a lot of work, but it is many years from now until we need the water and use the water.”

Presently, OKC draws around 130,000 acre-feet of water annually to serve citizens and neighboring municipalities that buy water from the city.

OKC water comes from the southeastern Oklahoma county of Atoka, where a pipeline carries it from Lake Atoka to Lake Stanley Draper, located in the city’s southeastern quadrant. Under the settlement, OKC can access 115,000 acre-feet of water annually from the Sardis Lake reservoir.

Sardis Lake is located near the town of Clayton, about 180 miles southeast of OKC. To tap into the reservoir, the city must build a $150 million pipeline to flow water to Lake Atoka. No timetable has been set for beginning the project.

In the meantime, the city is moving forward on a $600 million pipeline project to replace the 50-year-old pipeline that ships water from Lake Atoka to Lake Stanley Draper.

From the beginning of the legal wrangling over Sardis Lake water, Choctaw and Chickasaw tribes advocated to participate in and be heard in policy discussions surrounding water in southeastern Oklahoma.

Under the deal, both tribal nations have a role in water management decisions for waterways that fall within Choctaw and Chickasaw lands — the 22 counties in south-central and southeastern Oklahoma.

The state will manage those waterways, and the tribes will be included in rights allocation evaluations. This allows tribes to protect southeastern Oklahoma community water needs while safeguarding lake levels and stream flows, which also are vital to the tourism industry.

Chickasaws, Choctaws and communities within the 10-county area surrounding the reservoir can access a minimum of 20,000 acre-feet of water annually.

The agreement also addresses usage guidelines of the shared water source. Oklahoma Department of Wildlife Conservation lake level management will be developed for OKC, which will be limited on withdrawals. The city must enforce its own conservation measures before withdrawing water.

The tribes, State of Oklahoma and city also will establish a $10 million fund for enhancing recreational use, fish and wildlife habitat and environmental protections at Sardis and Atoka lakes.

For decades, the thirsty and booming areas of north Texas have eyed their northern neighbor’s water, stirring debate as it unfolded at the Oklahoma Capitol. Despite offers from Texas municipalities, lawmakers protected lakes and rivers and wrote into state law that no water would be used or diverted out of Oklahoma without the Legislature’s approval.

The settlement calls for a state-tribal commission to evaluate economic and environmental impacts of any future proposals to sell and send southeastern Oklahoma water over state lines.