While she appreciated the compliment, Cyndi Munson didn’t always appreciate that her looks were what some noticed first about her photo on a campaign flyer.

Her photo might have been flattering, but as a candidate for public office, she was eager for some of her other attributes to shine through.

Then again, image has always

been a lens through which women are viewed, and Munson isn’t the first female politician to have to work a little harder to get the same recognition offered to her male counterparts.

Munson is a Democratic candidate in House District 85 who is attempting to overthrow Republican incumbent David Dank. If successful, she will join an exclusive club: the female legislator club.

Of the 149 senators and representatives in Oklahoma, just 20 are women, a ratio that ranks the state third from last in the nation.

While the state could see a few new women lawmakers join the Legislature this election season, Oklahoma will continue to have one of the worst male-to-female ratios in the nation, according to the bipartisan non-governmental organization National Conference of State Legislatures.

“I think it’s really important to build up women,” said Munson, who works as the community programs manager for Girls Scouts Western Oklahoma. “My job is to make sure I am bringing resources together to make sure girls pursue leadership opportunities. I need to do the same.”

Reasons behind the shortage

It’s not just that there aren’t many female legislators; there is also a shortage of candidates. In a study on what motivates men and women to seek political office, men were more likely to list it as a lifelong aspiration. Women were more likely to be driven by a particular policy issue, according to the Center for American Women and Politics, a unit of the Eagleton Institute of Politics at Rutgers University.

“Women are more likely to need to be recruited to run. They are less likely to be self-starters,” said Kelly Dittmar, a Rutgers assistant research professor. “That means there needs to be the sort of infrastructure or individuals that are asking women to run. That is an essential key.”

That was the case for Munson.

“I am running because I was asked,” Munson said. “Even when I was asked the first time, I said no and had to think about it more.”

In the Senate, four members are female and a few races still have female candidates on the ballot. In Senate District 22, where Sen. Rob Johnson, R-Edmond, will not seek reelection, Stephanie Bice will appear on a runoff ballot in August, which will decide the next representative for the northwest OKC district.

“The idea that I’ve always wanted to run for office is not my stance,” Bice said. “I am passionate about economic growth and development in Oklahoma because I am a mother. I want them to stick around when they grow up.”

Bice is a director of business development and partner at Smirk New Media. She said she was always interested in politics and the time felt right to run. However, she isn’t sure the state needs more females just to increase the number.

“I don’t know if it needs to be a better ratio,” Bice said. “It needs to be quality people first and foremost.” 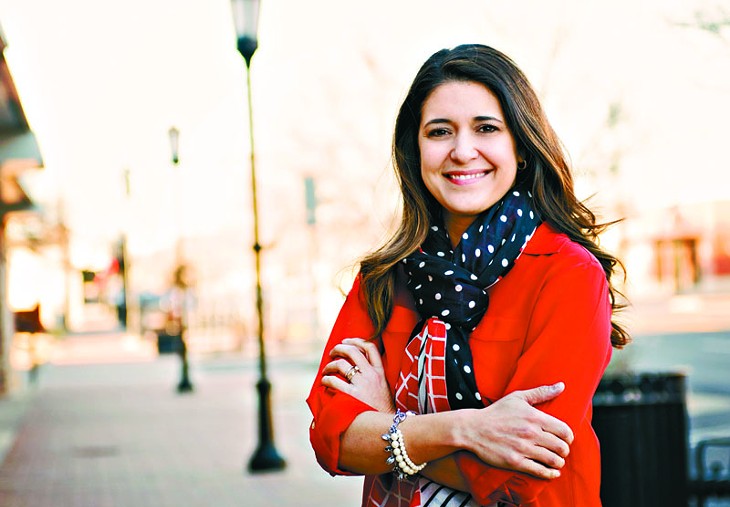 Better than it was

The state’s highest elected office is also served by a female, Gov. Mary Fallin. In fact, two female candidates were on the gubernatorial ballot in 2010, when Fallin was elected.

Munson’s primary focus is getting elected in November, but she also likes the idea that she might inspire other women to seek out political office.

“The women who are running need to speak out about their experiences and be honest about their journey on the campaign,” Munson said. “Women want to hear stories of other women ... it’s important for us, as candidates, to speak out.”